The Aquarium team has joined the shallow water expedition early this morning and have already made two dives. In spite of enduring a 13 hour flight that departed SFO at 11PM and arrived in Manila at 3 AM and a 2 hour drive south to the CAS field station, the aquarium team of Bart Shepherd, Matt Wandell and Richard Ross were suited up and ready for their first dive in Balayan Bay only hours after arriving.

Chrissy Piotrowski sampling something from the sand, probably some kind of worm 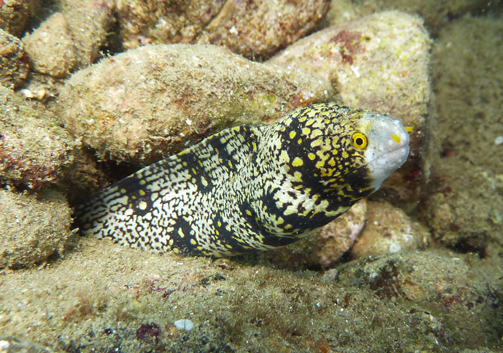 A little and big tunicate (a.k.a. urochordates or sea squirts)

The expedition is proceeding well with many new species being discovered every week,