As the Collection Manager of invertebrates (except for insects and arachnids) at the Academy, I have at least a passing interest in most animals without backbones.  The variation in body forms and lifestyles among these animals never ceases to fascinate and often boggles the mind.

My research is focused primarily on barnacles, the shrimp-like animals that make a hard shell to protect themselves from the rest of the world.

Boaters are familiar with barnacles as those pests that attach themselves to boat hulls.  Barnacle guys like me, however, often look for them living attached to other animals.  Barnacles of various sorts have evolved special adaptations that allow them to live on or in whales, sea turtles, sea snakes, crabs, lobsters, corals, and sponges.

With the Academy’s Dr. Gary Williams and Dana Carrison, I’ve been studying barnacles in the genus Conopea. This group of barnacles lives only on certain types of seafan or seawhip corals. 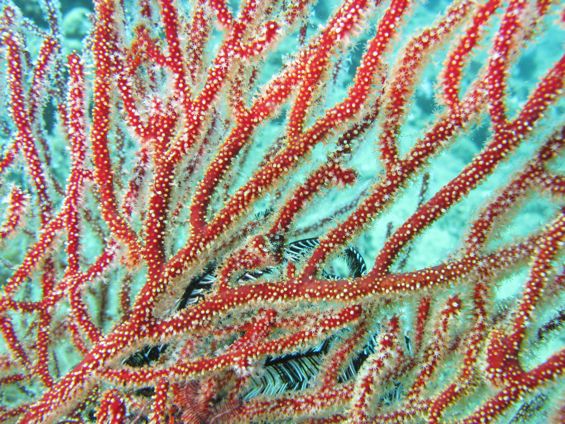 Seafan with barnacle gall in center of image 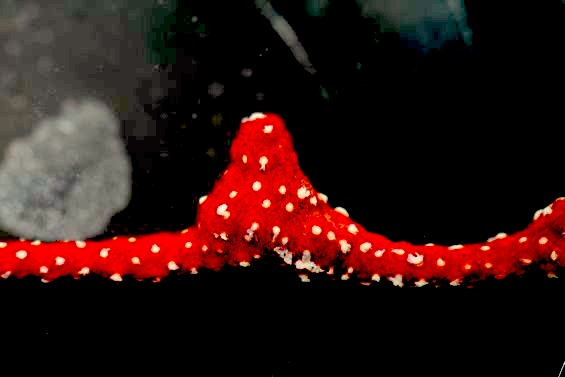 In the summer of 2009, Gary and I advised Liezl Madrona in the Summer Systematics Institute program at the Academy.

Liezl studied the Academy’s current collection of Philippines Conopea and discovered 3 new species among the unidentified specimens on our shelves.  Certainly, the collections resulting from the Philippines Biodiversity Expedition will add greatly to that number.

Collecting Conopea galls requires a sharp eye, something that I have now only with the aid of magnifying lens in the lower part of my mask, and a sharp pair of sturdy shears. 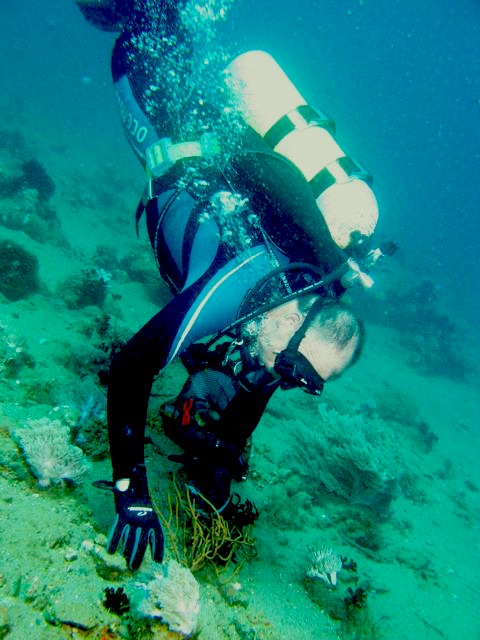 I’ve become an “underwater gardener” of sorts.  Looking for little bumps on seafans and seawhips, then pulling my shears out of my mesh bag and trimming them off the coral “bush”.  This method of collecting allows the coral colony to live and continue to grow and provide habitat for more of my little Conopea friends.

It’s difficult to know exactly how many species of Conopea barnacles we’ve collected on our Expedition to date.  We’ll only know that after we’ve carefully dissecting them in our lab at the Academy and compared them to the known species.  However, based on our previous work with Liezl and Dana, I think we have several new species to work up and describe.

There will certainly be more.  The underwater coral gardens of the Philippines extend out for many miles in all directions.  My shears will be busy trimming away small branches.