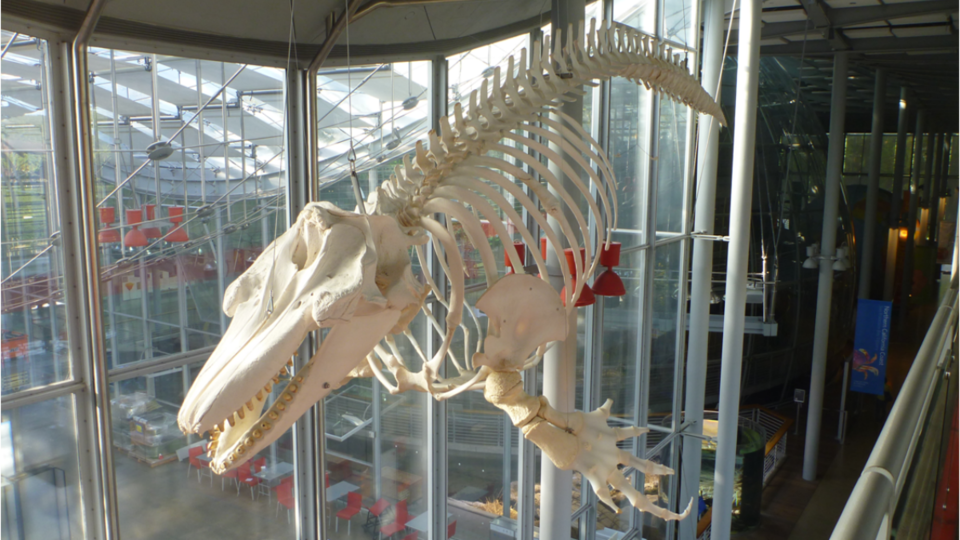 After we articulated the second flipper and the Built for Speed exhibit closed on September 29th, it was time to put Orca O319 on permanent display. He couldn’t stay hanging on that frame in the piazza forever! It was decided that he should be someplace where people could see him up close like they had been able to all summer and still learn about his story. A spot was chosen near the third floor walkway that connects the Forum Theater to the Naturalist Center.

First, we had to disassemble him to make him more transportable; the skull, flippers, and tail were removed (which they were designed to do). 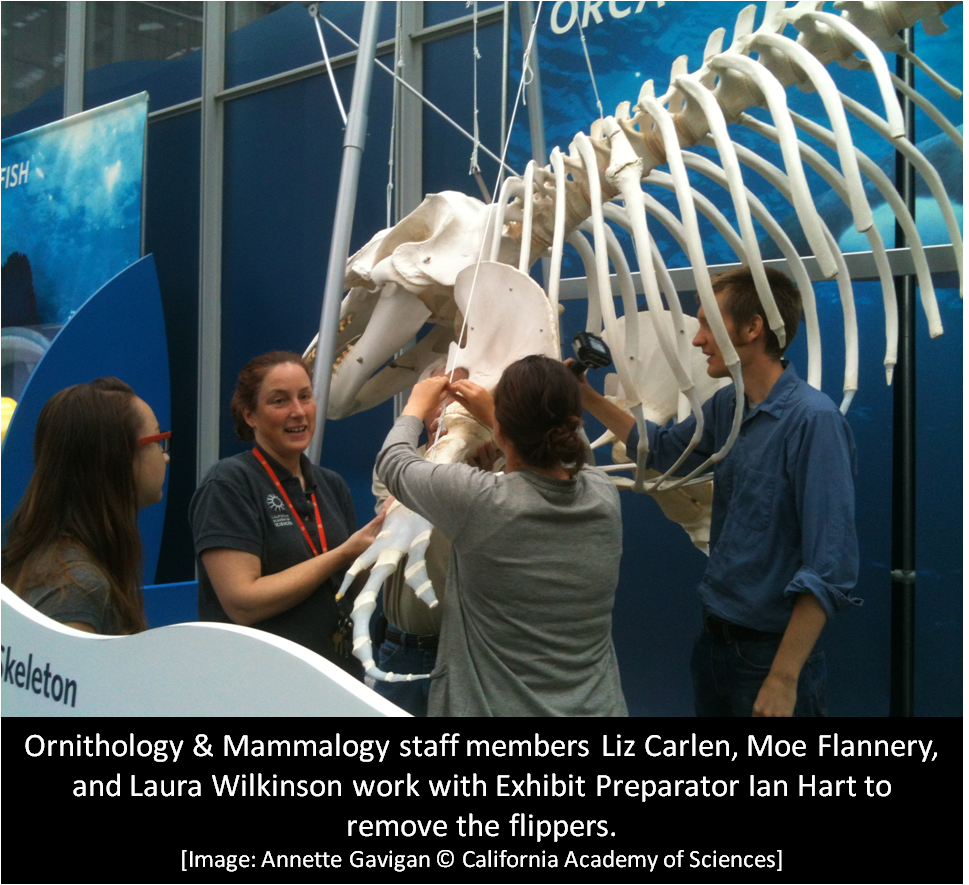 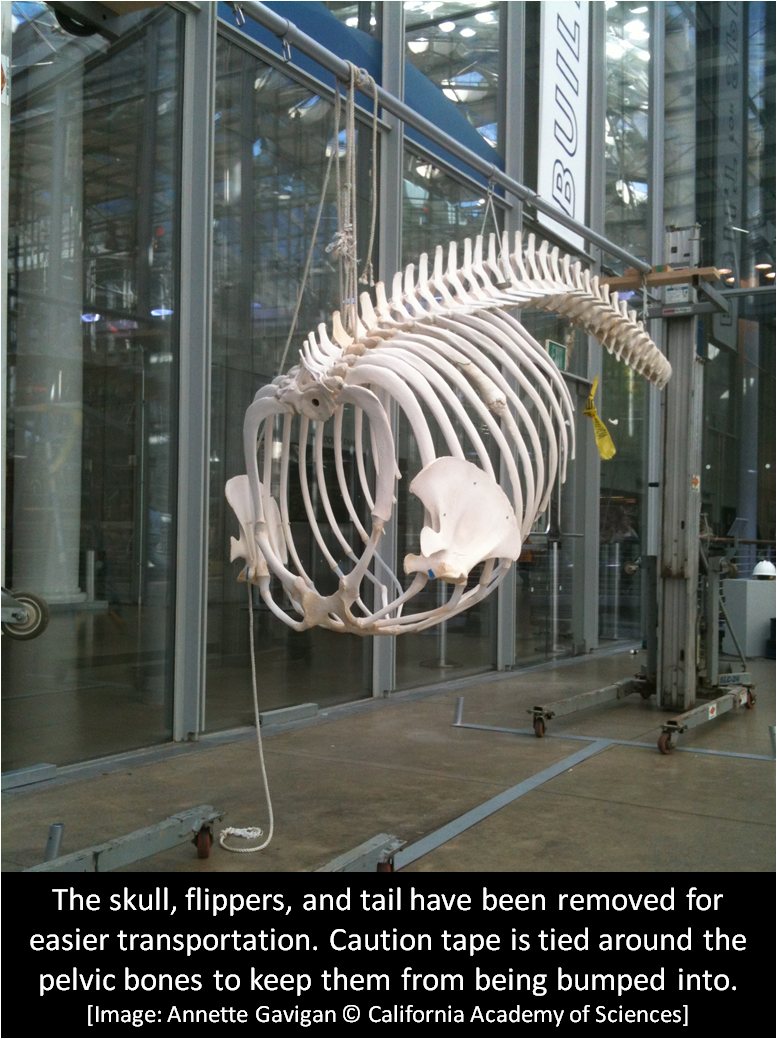 Our Exhibits team attached him to a frame for safe transportation. Then with the help of a rigging crew, they reattached the skull and tail after the skeleton was moved out of the piazza. 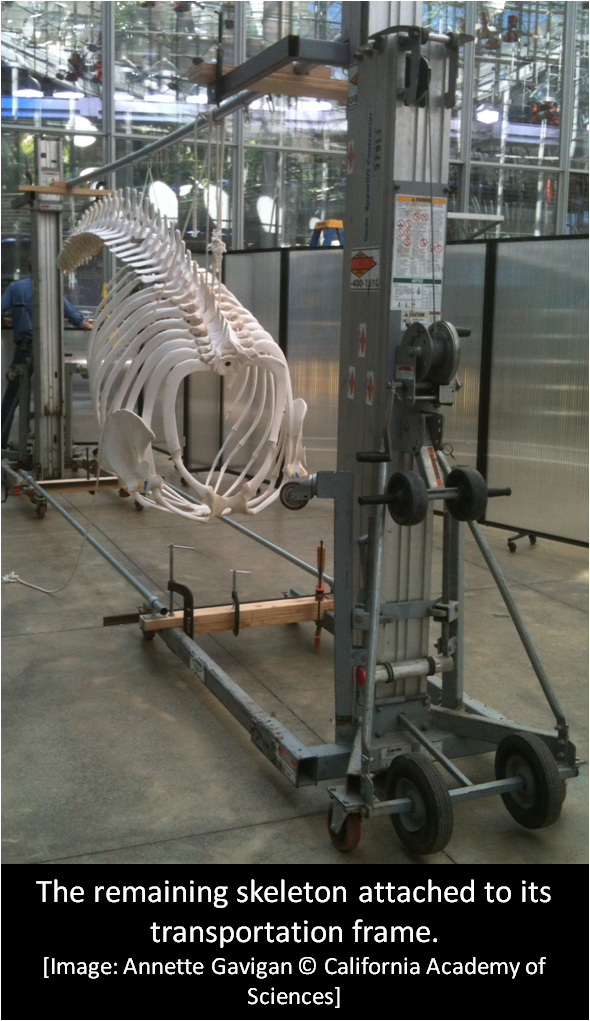 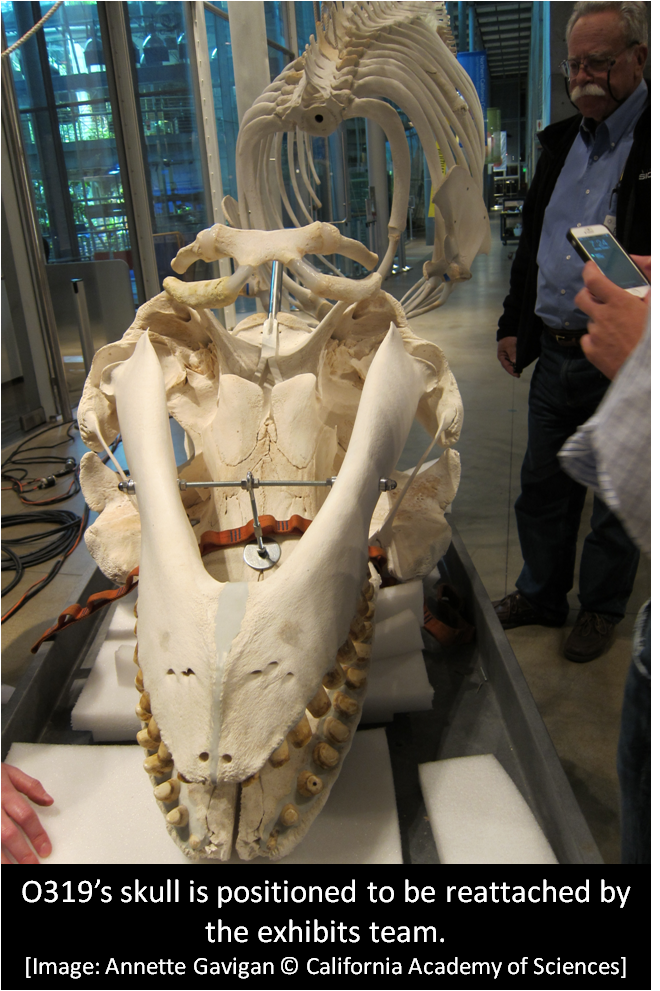 An electric winch is used to raise the skeleton to its permanent display rigging, after which the flippers were reattached. 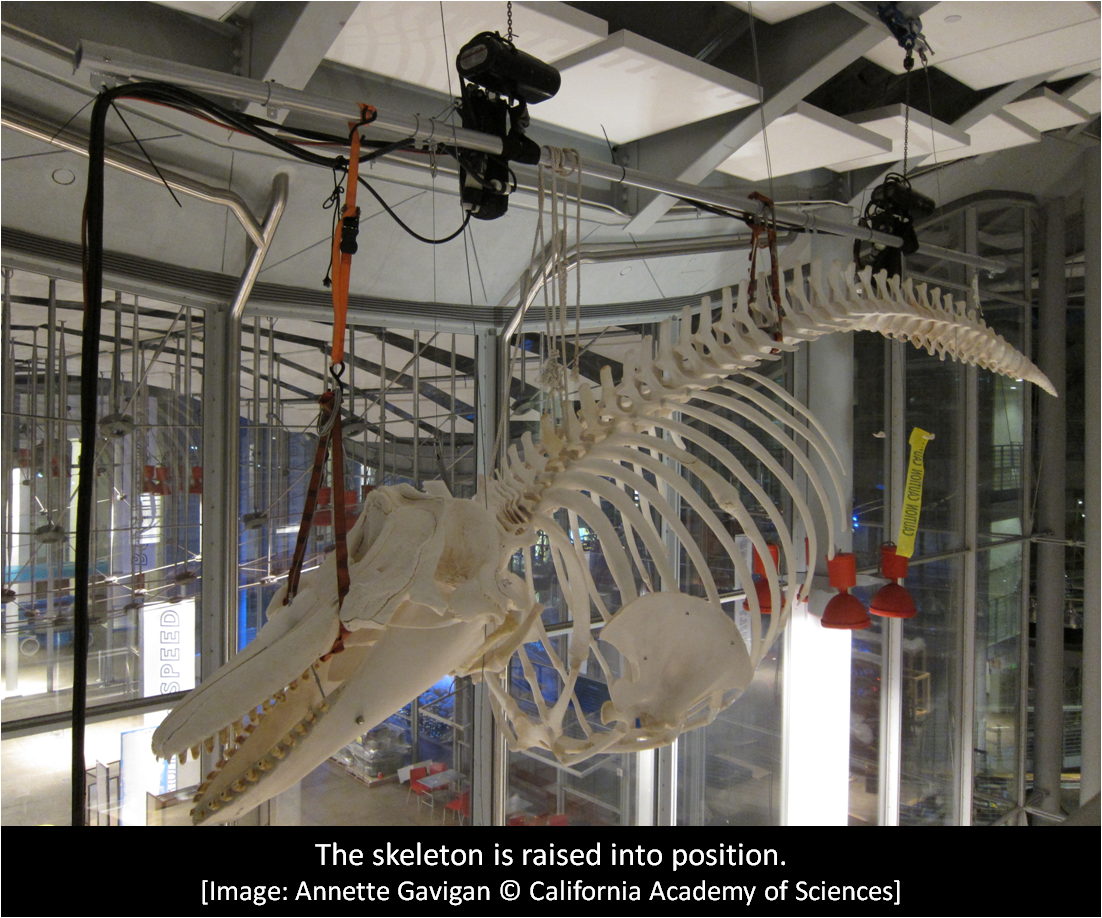 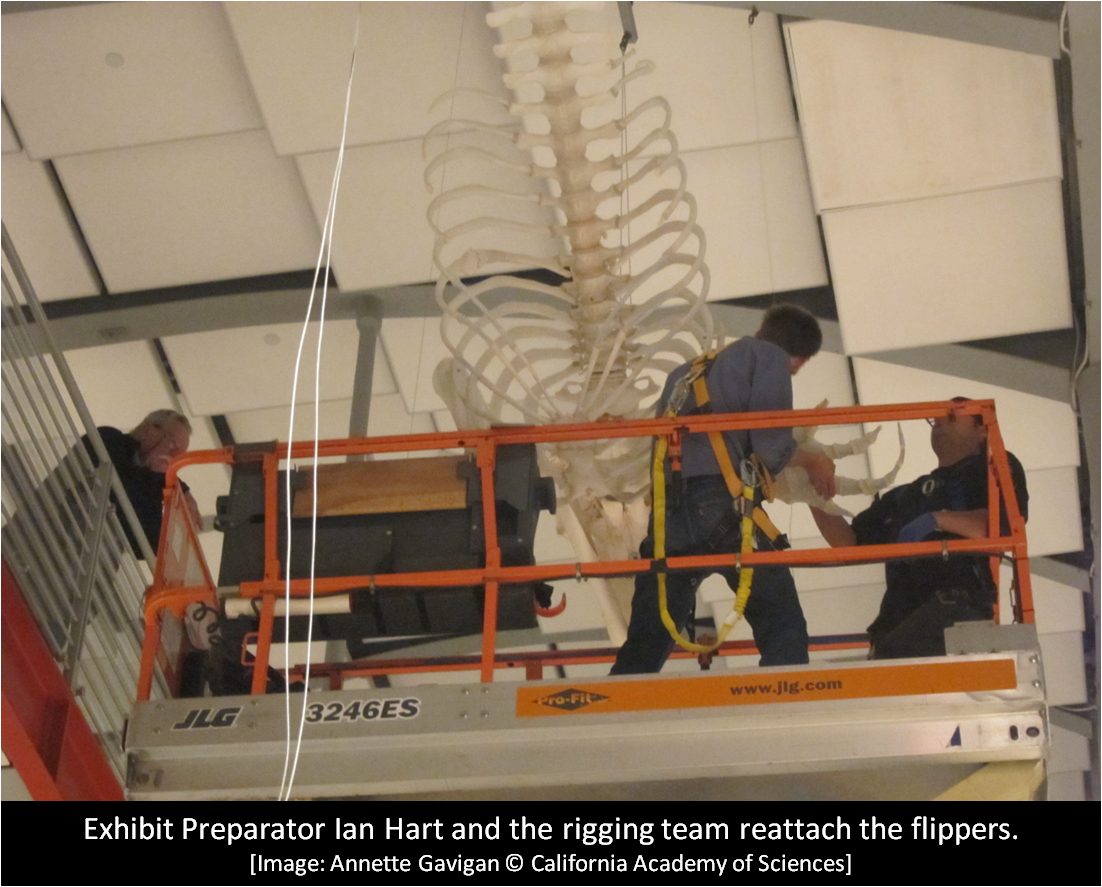 The transportation rigging was removed, leaving Orca O319 ready to make his debut near the third floor walkway. Come by and see him on permanent display!

This project was a labor in love two years in the making: from reporting to a call of a dead Orca on the beach in Marin over Thanksgiving of 2011 to collecting his skeleton, cleaning off the flesh and grease, and reassembling him in the Summer of 2013, it has been an experience of a lifetime. Thank you to everyone who came by and talked with us while we worked in the piazza! We loved getting a chance to get what is usually a behind-the-scenes project out onto the public floor. Whenever you visit a museum, don’t forget to look around and take notice of all the amazing specimens displayed in unusual places. Every single one has a unique story.