The Articulation of Orca O319: An Update 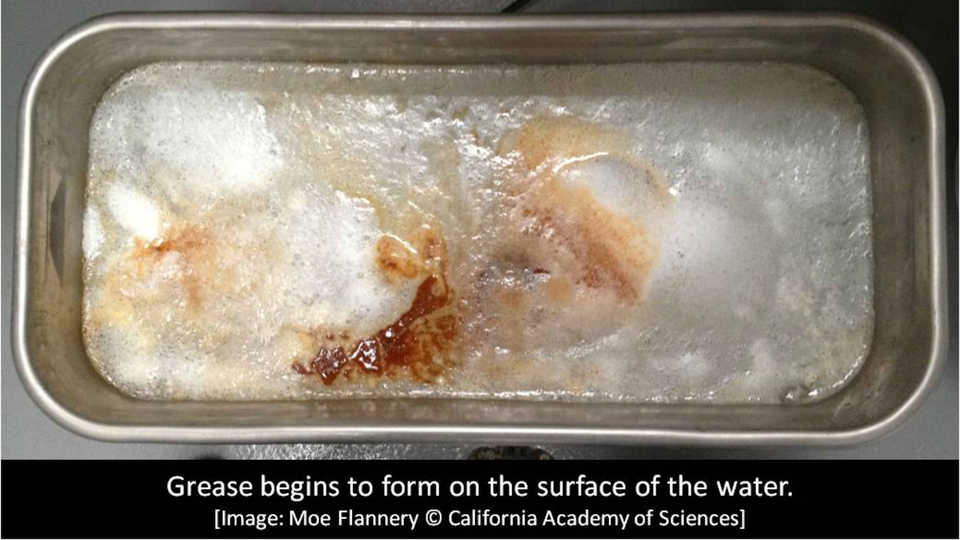 It's been almost two months since we completed O319, but there is still one piece missing: the right flipper. I mentioned previously that 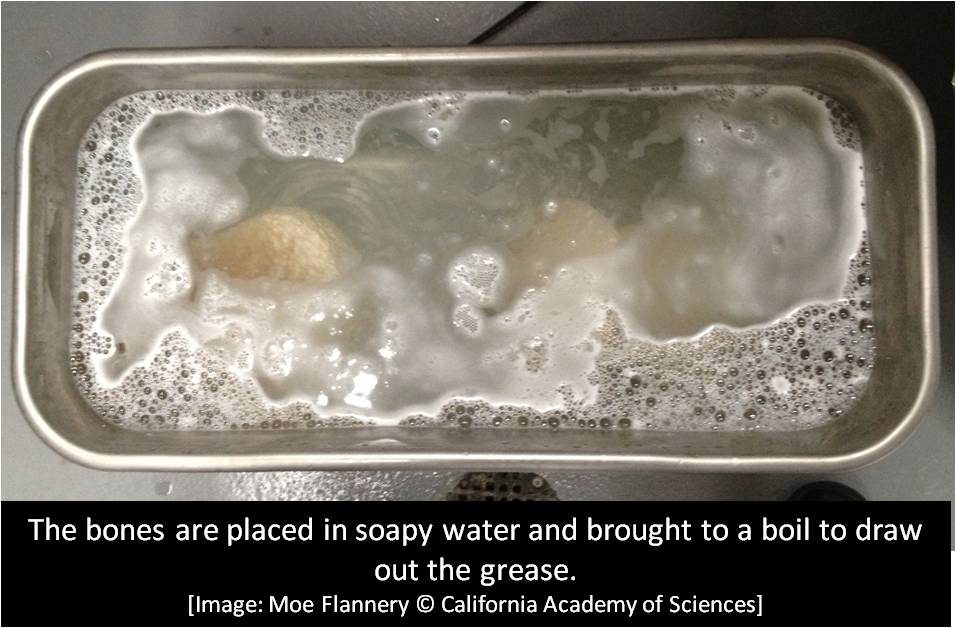 O319 only has its left flipper completed while the bones from the right flipper continue to be cleaned. As I explained before, the humerus, radius, and ulna of the right flipper were originally cleaned in our dermestid beetle colony, while the left flipper was cleaned in maceration. The beetles caused the right flipper bones to retain much more grease than the left flipper. To remove grease we generally submerge skeletons into a very dilute ammonia solution, which leaches the grease out of the bone. This can take days, months, or even more than a year depending on the amount of grease in the bone. Originally, when we realized how much greasier the bones from the right flipper were, we tried to remove some of that grease by boiling the bones in water with a bit of dish soap. After a couple of hours, we got a bit of grease to come out.

However, it was obvious that this wasn’t going to be the most effective way to remove all of the grease, as it would likely have taken days of boiling to get the bones clean. Prolonged boiling can cause bone to disintegrate, which is definitely not what we wanted for our articulated skeleton. Knowing that soaking the bones in ammonia would also take longer than we wanted, we decided to drive the bones up to the retired Ornithology & Mammalogy specimen preparator’s house. She placed the bones in lacquer thinner, which also acts as a degreaser, and left them in the sun. 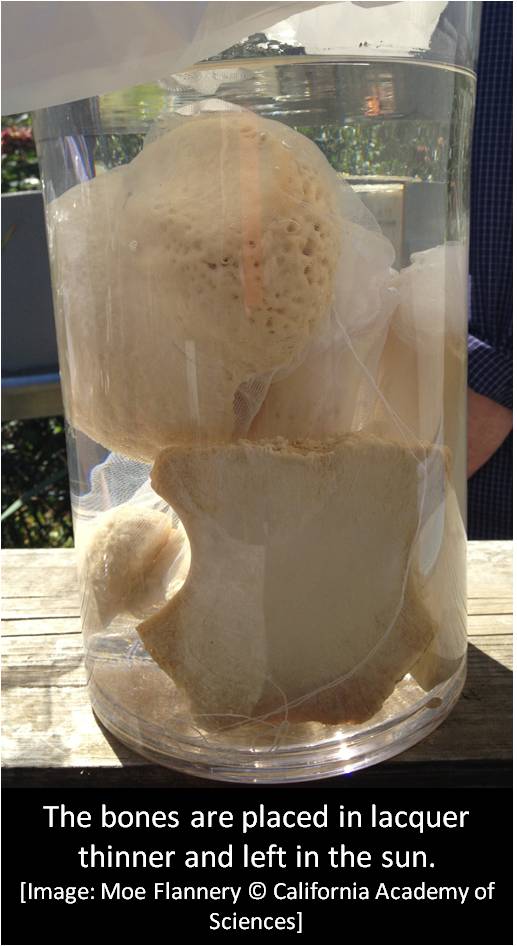 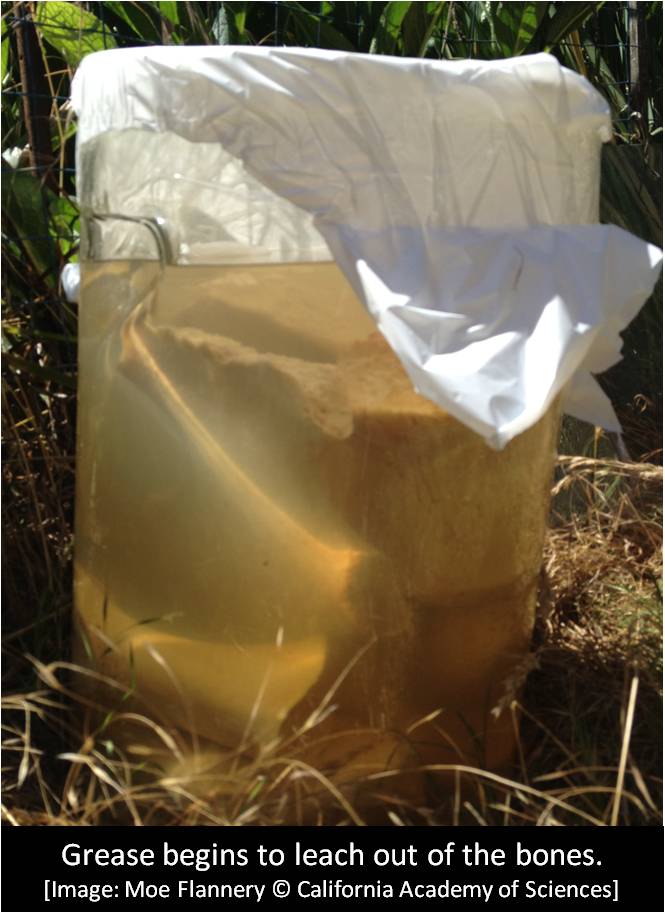 Within an hour, there was already a noticeable change in the solution. Cloudiness shows that fat is successfully leaching from the bone.

The bones are almost ready for us to bring back to CAS and assemble. Come by later in August and we will be finishing up the right flipper and attaching it to O319. We will finally have the completed skeleton!