There is much good news to report for today's post. Seahorses, hybridizing frogs, mosses, lichens and the arrival of Velma and Roberta to São Tomé.

On a recreational SCUBA trip to Lagoa Azul I saw many cool things including a couple of species of eels and a beautiful seahorse. We took a boat ride around the northern tip of the island in a large zodiac and saw at least four large rusty shipwrecks along the way. Once in the water, the visibility was very good and the water was teeming with a variety of fish and invertebrates including some beautiful corals, but no limpets :'( 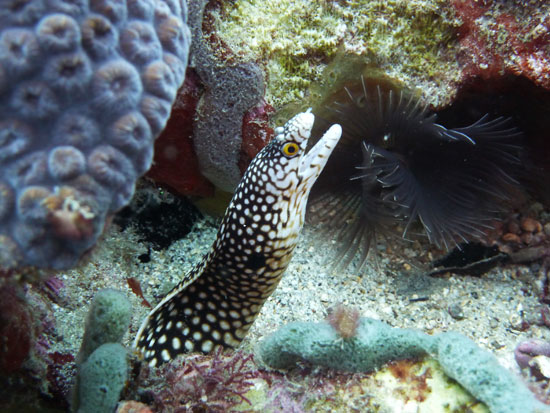 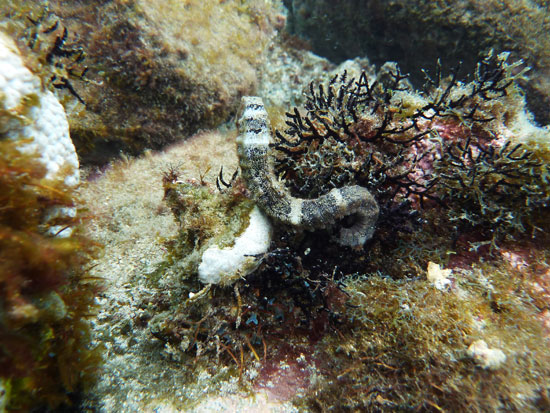 Jim Shevock, Miko Nadel and Andrew Stanbridge returned from a successful two day hike up to Pico de  São Tomé where they collected over 300 specimens. The hike to the peak was quite treacherous, steep, wet and slippery which caused many falls and tumbles and they had a face-to-face meeting with a black cobra. Nobody was injured, but they are walking around very slowly this morning. 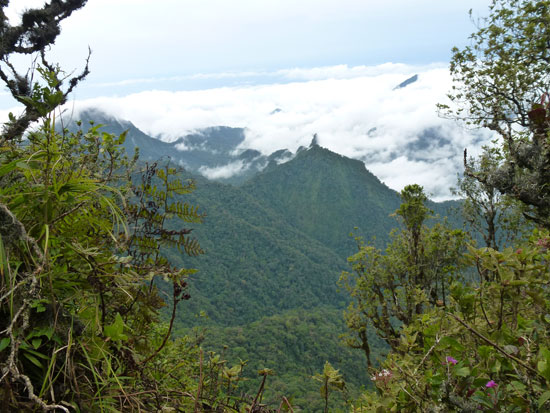 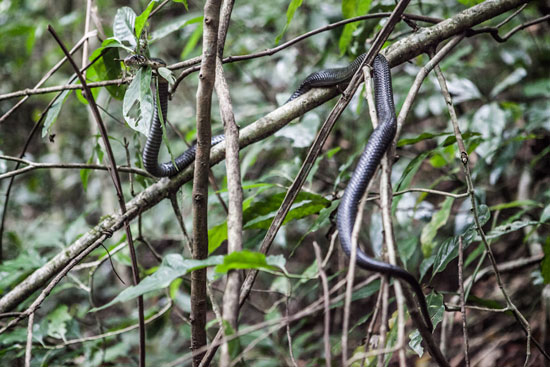 Rayna Bell has made two very successful night treks into the jungle collecting frogs. She is using molecular data to characterize hybridization between two known species found here on Sao Tome. Her collecting sites are along the putative hybrid zone. The first night collecting, she and Bob Drewes collected a dozen little frogs and the following night I joined her and we found 18 frogs, including a mating pair. Once back at the resort Rayna examined the frogs closely and realized that the coupled pair were two different species – Wow! physical behavioral evidence of hybridization! Needless to say Rayna is very pleased. 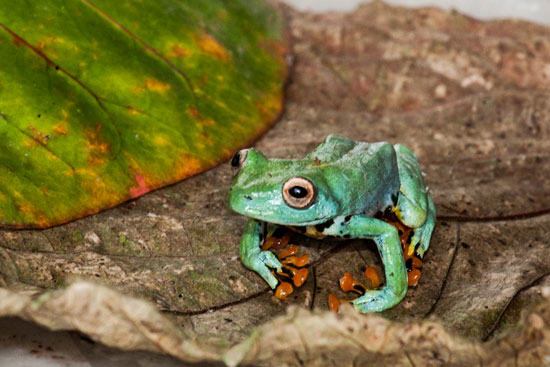 Tomio Iwamoto, Rayna Bell, Andrew Stanbridge and I went on a snorkeling trip to Lagoa Azul. It was a beautiful sunny day and the water was clear and refreshing. We saw many fish, corals, sea slugs and I found another seahorse, Hippocampus algiricus. 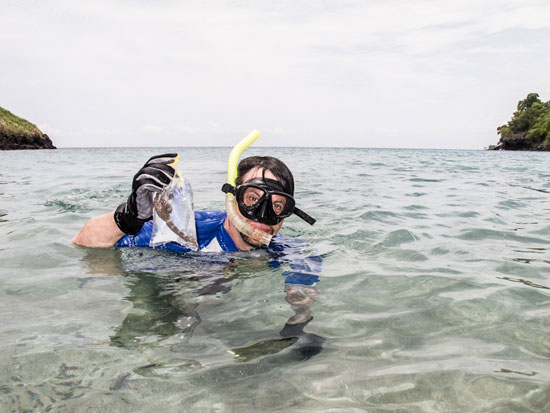 Velma and Roberta arrived today to begin the public education component of the expedition.

Tomorrow (Sat) I fly alone to the smaller Island of Príncipe for a three day hunt to find limpets. I will stay at the Bom Bom Island Resort on the northern side of the island and will be joined by Shevock and Nadel on Sunday.