The weather this day started off very nice with glass flat water, but eventually the winds picked up and the seas became very choppy. The first two dives of the day were at Ligpo Island about a 30 minute boat trip north.

The first dive was down to 110 feet and featured large seafans, fields of soft corals, lots of anemones with clownfish, squid and even jellyfish! The second dive was on the opposite of the rock outcrop that we had just been at. Here was a wall and slope filled with all kinds soft and stony corals, primarily more robust corals such as Echinopora, Favia, Montastrea, Plerogyra and Pectinia to name just a few, as well as entire fields of soft corals such as Cespitularia, Xenia, Lemnalia, Sinularia, Anthelia, Clavularia and Tubipora. Here we collected a few stony and soft corals for the Academy and photo documented the area. Other exciting finds were giant clams, Tridacna maxima and a flashback cuttlefish, Sepia latimanus!

The final dive of the day was at a location known as Cathedral, which is one of the most dived reefs in the Philippines. Here we observed extensive thickets of Acropora in the shallows and a lot of fish such a fusilers, damsels, surgeonfish, rabbitfish, tangs, sweepers, cardinalfish, shrimpfish and angelfish. Since the dive took place between 4:30 PM and 6:00 PM we also observed spawning behavior in several groups of fishes as well as the “changing of the guard” as the day active fish began to seek shelter for the night and the night active fish such as lionfish, squirrelfish and cardinalfish began to appear from their daytime hiding places.

The water temperature on this reef was 87 degrees, and extensive areas of the Acropora thickets we showing the first sign of coral bleaching, where the corals become extremely pale in color as they begin to loose their golden brown symbiotic algal partners, zooxanthellae. It has become very obvious on this trip that when human impacts are decreased on a reef system, it can and does begin to recover; coral reefs are very resilient provided they are given the opportunity to recover from human impacts. 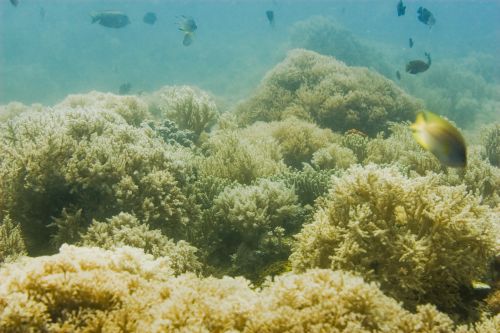 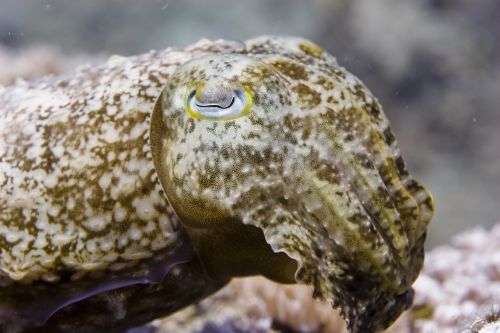 A pair of cleaner wrasses (Labroides dimidiatus) give a good look over of a small parrotfish. The same behavior can be seen every day in the Philippine coral reef exhibit at the Academy. 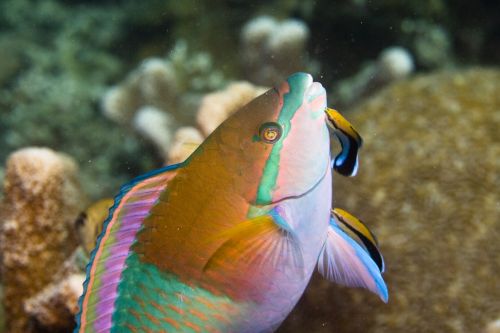 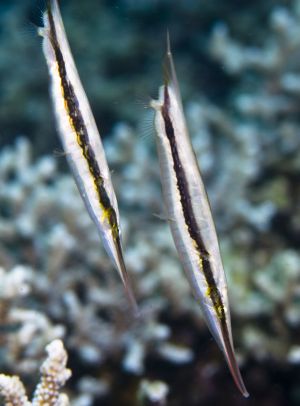