When I Say Ecuador, You Say Darwin! 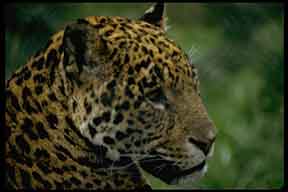 I am trapped in the depths of a database. I stare at the computer monitor, my fingers paused over the keyboard, until I finally type “crude oil AND Ecuador” into the search box. Results: 61 pages, 25 articles displayed on each page. For weeks, this has been my experience while combing through the many academic databases of articles as I try to decide upon the research project I will curate in the Academy’s Reading Room. Before working in the library as part of my Careers in Science internship, I did not really acknowledge the grueling and manual labor integral to research. Searching through dense databases, phrasing research topics correctly to find articles, switching topics because not enough research can be found — simply learning how to search for something on the Internet or in a library has been harder than I thought, but supremely validating.

I continued my research and finally after a few weeks of researching, switching topics, and researching more, I knew what I wanted to curate: an exhibit on Ecuador. Of course! It seemed obvious! Most people in the scientific community know Ecuador in relation to the Galapagos. (When I say Ecuador, you say Darwin!) I, too, have that connotation. Yet Ecuador is an important country to me not only because of its scientific merit, its evolutionary history, its collection of endemic and wonderfully odd flora and fauna, and the smorgasbord of different terrain all snugly fitted into a country about the size of Colorado, but because of the personal connection I have with Ecuador. I was born in Ecuador, and frequently visit. Throughout my childhood, I learned about biodiversity in school, and then visited Ecuador, where the science I had learned about lived and breathed — to the Amazon where thick anacondas slept in coiled mounds after their meals, and bright fish flicked in the tropical waters off the coast.

Most people know Ecuador as a biodiversity hotspot, and the node of Darwin’s theory of evolution, but not many people know about the massive ecological damage in the Ecuadorian Amazon. From 1964 to 1990, Texaco (now Chevron) drilled for oil in the northeastern Amazon of Ecuador. What has resulted from this oil drilling is major damage to the indigenous people in this area, as well as the terrain they live in. Flora and fauna alike have been majorly impacted. Cancer has spread almost infectiously through these indigenous groups; animals die daily; groundwater and rivers have been contaminated with oil; black vats of crude oil improperly disposed of sit in the forest, ignored and their existence denied by Chevron.

Four years ago, unaware of this, I watched the documentary, Crude, a film detailing the struggle of the indigenous people fighting to receive compensation for the damage the oil has done to their home. It was shocking to find out about an oil spill worse than the Exxon Valdez tragedy, yet I’d never heard about it. Soon after, I screened the documentary at my house for friends and family to try to spread the word about this oil spill in one of the most diverse places on earth. Even when Crude gained acclaim at a plethora of film festivals, and the indigenous groups fighting Chevron won their lawsuit against the corporation, still not many people know about this issue or the struggle the indigenous people of Ecuador still face in trying to receive the payment. Thus, after weeks of research, it seemed obvious what I needed to curate in the Reading Room.

This issue is personal as much as it is scientific; this issue matters to me not only as a scientist, as a human, but as an Ecuadorian. The diverse rainforests in Ecuador hold some of the most beautiful, intricate organisms on earth, and yet a chunk of that rainforest the size of Rhode Island is currently being ravaged by crude oil. What about the shiny, jewel-like Green-Gold Scarab Beetle (Chrysophora chrysochlora), the nimble jaguar (Panthera onca)? Without them, how will the local culture be affected? How will the ecosystem survive without the consumers, the decomposers, the highest and lowest trophic levels?

Research is hard. Dead ends are plentiful and reliable evidence sometimes hard to come by, but it is validating. Research allows one to communicate that which would be otherwise ignored for lack of evidence. Research is validating because with each article I read and new picture I find, I know that if one by one we become informed on issues that are covered up, pushed out of the limelight, and that require time and patience to fully understand we will have significantly more knowledge about important issues like the oil spill in Ecuador. By bringing this issue out of the shadows, we will be better informed on how to stop the degradation of the world’s biodiversity. Even faced with 61 pages of articles from my search of “crude oil AND Ecuador”, I triumphantly click the first article and begin reading.