Wade into Wetlands and Frolic in Freshwater 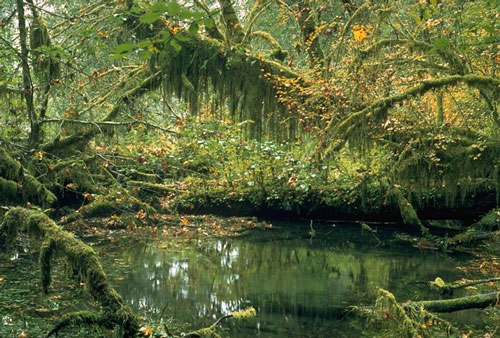 Watch for the eyes of alligators as they emerge from the murky waters. Listen to the songs of frogs as they call their mates. Flit from cattail to cattail with graceful dragonflies. Check out the following books, DVD and specimens in the Naturalist Center, as well as other resources on wetlands and other freshwater sources. Then see live animals from wetlands in the southeastern United States in our Swamp exhibit.

This is a great bedside book with a wealth of essays and writings to dip into. The Wetlands Reader is divided into two sections. The first, ‘Impressions’, contains a collection of readings by well-known figures: from Mark Twain to Zane Grey via Frederick Law Olmsted and Henry David Thoreau. Many of these selections are not specifically about wetlands; often the wetlands are part of the context of a story or a ‘character’ in their own right.

The second section of the Reader, entitled ‘Impacts and Compensations’, is “concerned with America’s cultural about-face regarding wetlands, from historical policies that rewarded destruction to today’s attempts at preservation and restoration”. It includes excerpts from significant government documents, as well as literary, legal and social commentary, many of them from the Bay Area.

The readings are interesting individually, and as a collection give a many faceted picture of one of our most fascinating ecological communities. There is a useful glossary and extensive bibliography for further reading.

The Wetlands is part of WQED’s Conserving America series. The film examines the effects, both positive and negative, that people have had on wetlands across the U. S. from Florida to the San Francisco Bay Area. For some years the balance between economic development and conservation has been heavily in favor of development and these richly populated areas have suffered, in much the same way and for the same reasons as rainforests have. The Wetlands shows what a diverse array of people across the country has done, and is doing, to stop and reverse this decline. This includes farmers, a business coalition, naturalists, writers and those who make a living from the swamps, like Alligator Annie – a tour guide in the Everglades. There is an extended interview with Marjory Stoneham Douglas who wrote the classic River of Grass(available in the Academy’s Main Library) and, 40 years later, is still campaigning to save the Everglades. Although the video is somewhat dated, its central message remains true: it is down to all of us to protect our swamps and wetlands and their rich diversity of life.

Read an engaging book or seen a fabulous movie about wetlands or freshwater? Share the title and why you liked it with us below in our comments section. 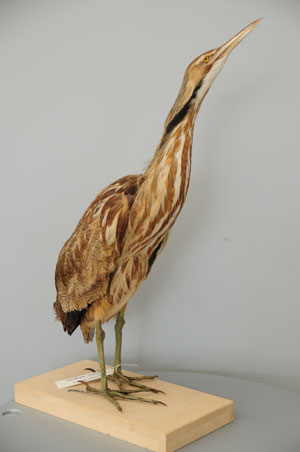 Spotting this bird can be a tricky feat. Once detected, the American bittern (Botaurus lentiginosus) turns toward the threat, stretches its long neck and pointy bill upward, stands still, and sways ever so slightly. Its mottled brown plumage with vertical front stripes blends in amongst the tall, swaying grasses, reeds, and sedges of the freshwater and brackish marshes where it lives. So innate is this defensive behavior that the bird will even strike this pose when it is out in the open, away from its protective surroundings. 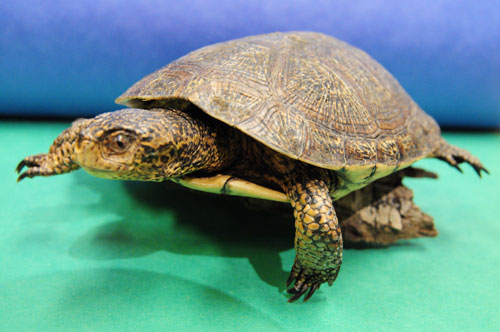 The only turtle native to California, western pond turtles (Actinemys marmorata) are found, as one would expect, in ponds, as well as other freshwater habitats. Their numbers are in serious decline throughout more than three-quarters of their range because of habitat loss and predation. If you spy a turtle basking on a log or mudbank, chances unfortunately are that it is a nonnative one. Hard-shelled western pond turtles and nonnative sliders and painted turtles all have similarly shaped, blunt-nosed heads. However, western pond turtles’ heads are lighter with black speckles, while sliders and painted turtles’ are darker with colored stripes or swirls.

Want to find out more about these animals and their freshwater habitats? Visit: