What’s one of the most common things that everyone does multiple times a day? Sometimes we even do it without thinking about it, even though it’s one of the most important. We EAT! This morning for breakfast I had a cup of coffee, a piece of toast and an omelet. In order to eat my meal I used a fork and a cup for the coffee. Have you ever stopped to wonder why we use utensils to eat? Most likely it helped us get food into our mouths more efficiently. The Academy’s Anthropology department has a fascinating history of eating utensils at http://researcharchive.calacademy.org/research/anthropology/utensil/index.html for those who are curious.

Here’s another question: what if you had wings instead of hands? Since birds wings are used for locomotion rather than grasping, their bill is their eating “utensil”. Depending upon their diet, birds will have bills that maximize their ability to catch their meal. The variety of bird’s bills never ceases to amaze me. Let’s discuss a few different birds to see how they use their bills. 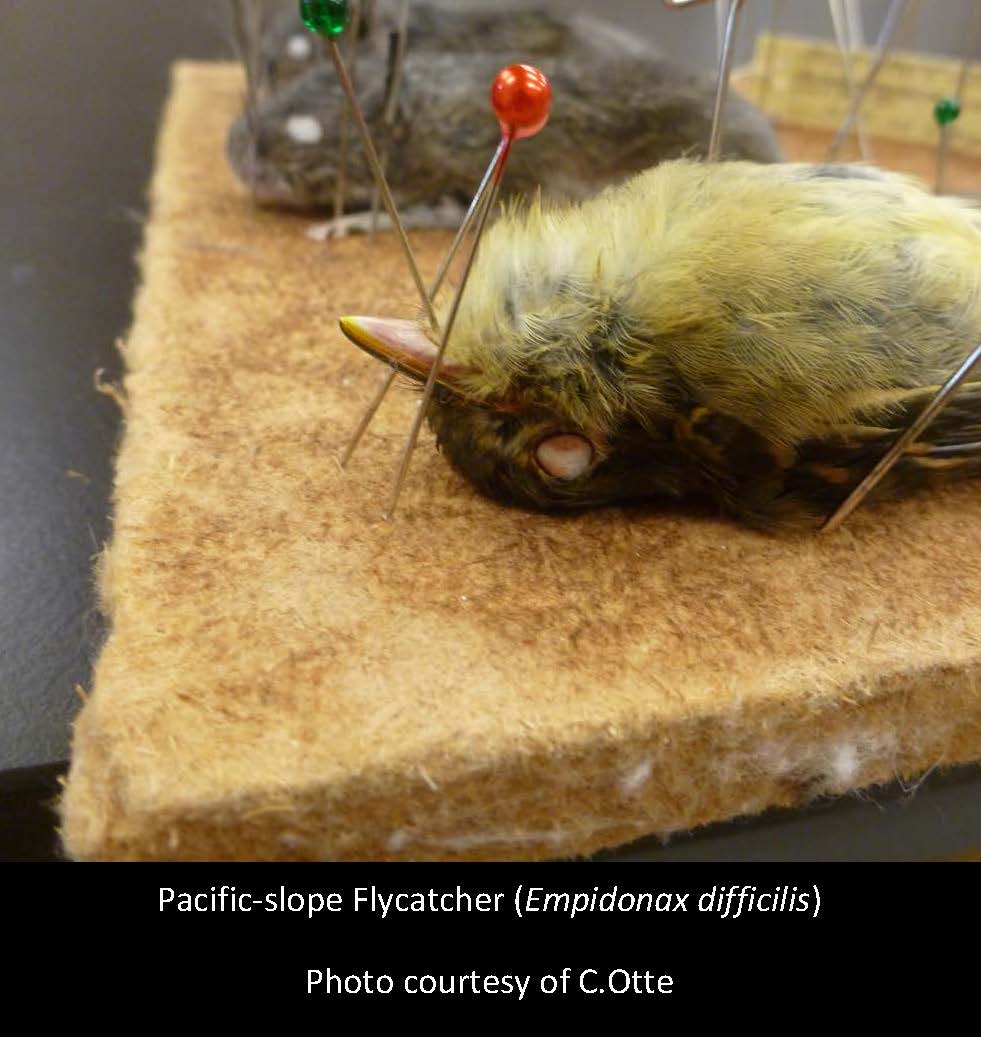 This past week in the Project Lab I prepared a Pacific-slope Flycatcher (Empidonax difficilis) for the research collection. This bird belongs to a group of birds (family Tyrannidae) that are insectivores, meaning they eat insects. Often one can see flycatchers perched on a branch or on a fence and then in the blink of an eye they seemingly burst into the air, landing back onto their perch. What you may not have seen is that they snatched their meal out of the air, and if you had been listening carefully, you could have actually heard their bill snap shut! Just as if you wanted to swat a fly by clapping it between your two hands, these bird’s bills work the same way. Flycatchers have flat, wide bills that increase the surface area the birds have to catch their prey. Catching a flying insect with a bill like two straws would be difficult for even the most able acrobat, so the flycatchers have a wider bill best suited to their diet and hunting method. 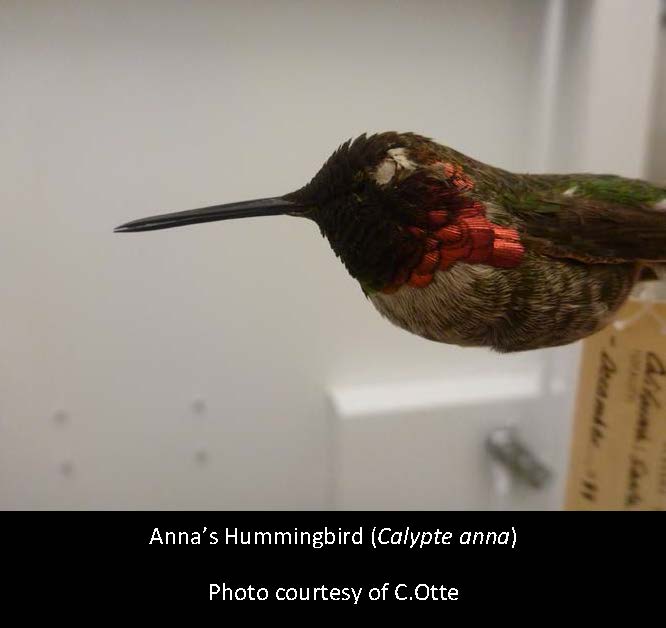 The hummingbird diet requires a bill more like a straw. It’s easy to see the large difference between the bills of Pacific-slope Flycatcher and Anna’s Hummingbird (Calypte anna). Hummingbirds use their long, thin bills to reach nectar at the base of the flower. Having a bill like the flycatchers would serve little purpose in reaching into a delicate flower! 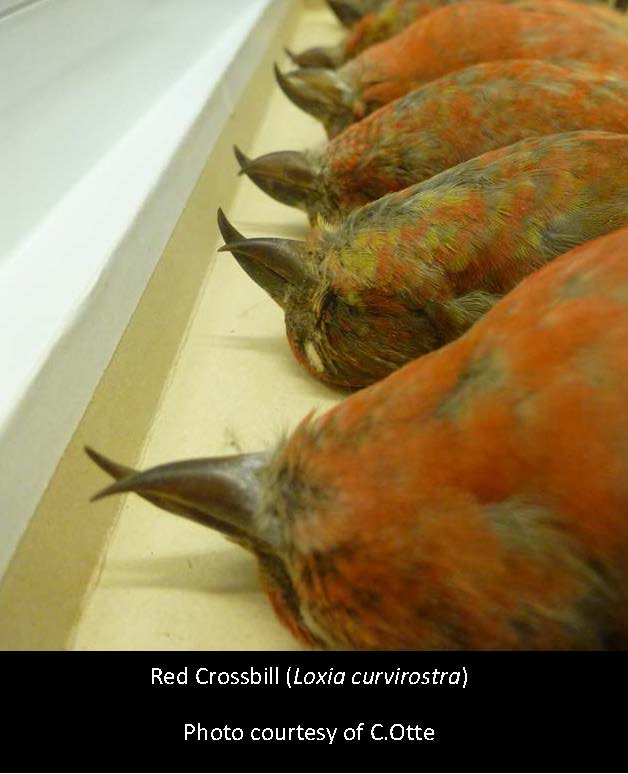 The Crossbills of the Fringillidae (finch) family are another excellent example of bill specialization. Their bills are exactly like the name implies- crossed! Their diet consists of coniferous cone seeds, which are often closed tightly, keeping the seeds from being easily accessed. Similar to pliers, the mechanism of the crossed bill closing wrenches the seed from the cone. The Red Crossbill (Loxia curvirostra) is a bird that can be seen wintering in the Bay Area as long as there are some good conifers nearby. It’s definitely worth taking a trip out to see these birds!

Today we’ve discussed only three different birds and there are over 900 bird species in North America. One last question- what does this mean? The answer is- it’s time to go birding!!!