Imagine exploring a new place and seeing a type of animal you’ve never seen before. Something that appears to have feathers like a bird, but is much faster and smaller than any bird you’ve seen before. Perhaps it’s a new species of animal – part insect and part bird!

This is what European settlers encountered when they first explored the New World and saw hummingbirds. You may not have previously known it, but hummingbirds don’t exist in the Old World (Europe, Asia, and Africa). They’re so commonly seen on a walk through Golden Gate Park that you might not realize what a special treat they are for some international visitors! 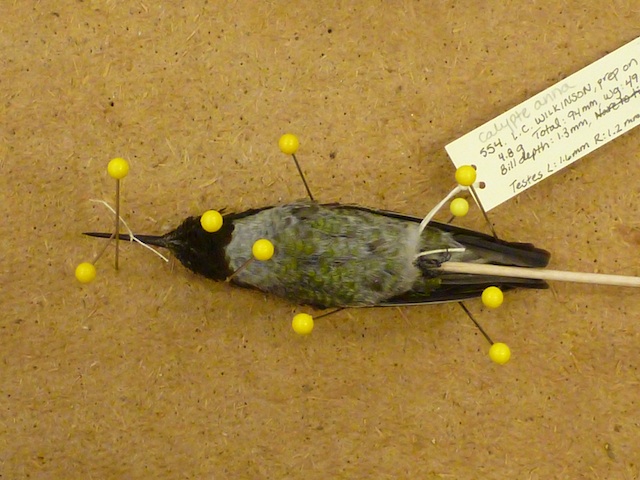 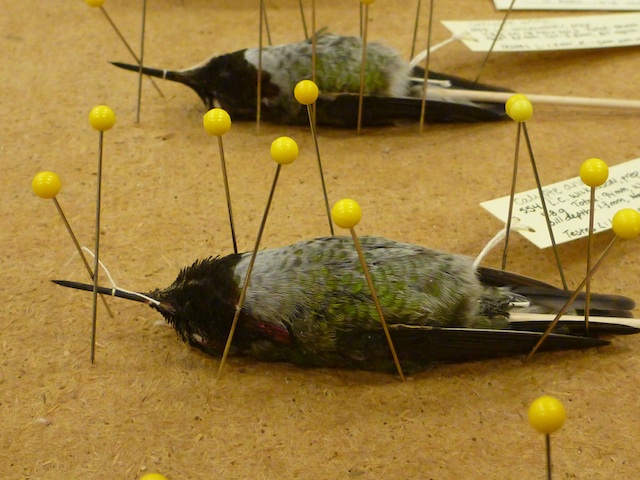 Aside from their beauty, the male hummingbird has a very cool way of attracting a mate. He starts by hovering in front of his object of affection, zooms straight up to heights that can reach 40 meters off the ground, and plummets back down. At the end of the flight, he spreads his tail feathers for a millisecond to create a very loud “chirp” that was long thought to be a vocalization. In fact, spreading his tail feathers allows the wind to pass over them much like air over a clarinet reed, allowing for a loud burst of sound. After this sound, he arcs back up and returns to his starting position. I’d be pretty impressed with that feat of aerial acrobatics!

The next time you see a hummingbird, remember how awe-struck settlers must have been when they first arrived in the New World. These bejeweled little insect-birds are pretty amazing, especially when you think about all the mechanics involved in their speedy flight and impressive displays!

Department of Ornithology and Mammalogy