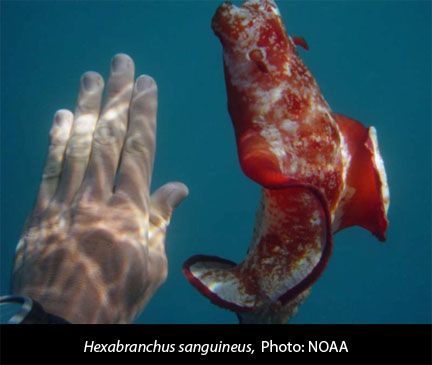 Marine natural products research and its application to pharmacology is a relatively new scientific discipline. The biomedical potential of marine chemicals is infinite since much of the life in the oceans has yet to be uncovered and the compounds within most known marine organisms still require investigation.

The chemicals originating from marine life are valuable since their unique structures can be applied differently than those discovered from terrestrial organisms, like plants. The increased discovery of marine novel compounds indicates that research in this field is a worthwhile investment. Papers are published each year on the description, synthesis, and economic value or biomedical significance of marine natural products. Marine compounds can be utilized as probes to study cellular and biochemical processes at the molecular level and possess therapeutic value for treating certain diseases like cancer and AIDS.

Sponges, algae, and bryozoans among many other marine organisms are important sources for chemicals toxic to numerous mouse, rat, and human cancer cells. For instance, the sponge Dercitus sp., found in the deep-waters of the Bahamas, harbors the compound dercitin. Dercitin was found to prolong the life of mice with leukemia tumors and is active against melanoma and small cell Lewis lung carcinoma. Dercitin may work by halting the replication of DNA within cancer cells. A second example comes from the Caribbean seaweed, Stypopodium zonale. S. zonale contains stypoldione, which disrupts the cell cycle by inhibiting the formation of the spindle. Further, Amathia convoluta, a bryozoan, possesses convolutamide A, a compound which has been successful in treating mouse leukemia and human epidermoid carcinoma cells. 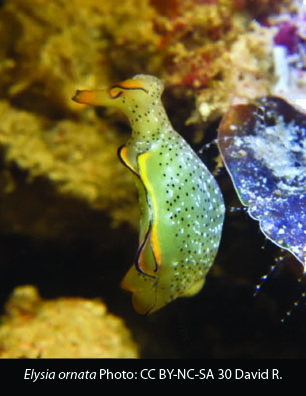 The diverse capabilities of marine slugs to synthesize and seize defensive compounds from their food renders them as a valuable resource for the extraction of anticancer agents. Opisthobranchs, marine slugs, feed on an assortment of marine organisms; including sponge, algae, and bryozoan, from which they acquire or synthesize secondary metabolites to prevent predation. Their extraordinary ability to incorporate and build new toxic compounds from food has lead to the reduction, internalization, or loss of a protective shell. Anticancer compounds have been discovered from many marine slugs including Hexabranchus sanguineus, Jorunna funebris, and Elysia ornata.

Systematics, taxonomy, and the study of natural products are intricately woven together. The names of natural products originate from the scientific names of the organisms from which they are obtained. Studying the evolutionary relationships of marine organisms can be utilized as a tool to pinpoint new species, which may contain useful chemicals for drug discovery. This emphasizes the importance of taxonomy and systematics to other science disciplines such as biochemistry. 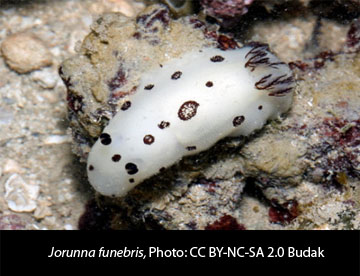 The discovery of valuable chemicals within marine organisms highlights the importance of the ocean to human lives. Protection and conservation of vulnerable marine ecosystems, like coral reefs, is paramount since the cure for cancer, AIDS, and other diseases could be discovered from life inhabiting these underwater jungles.