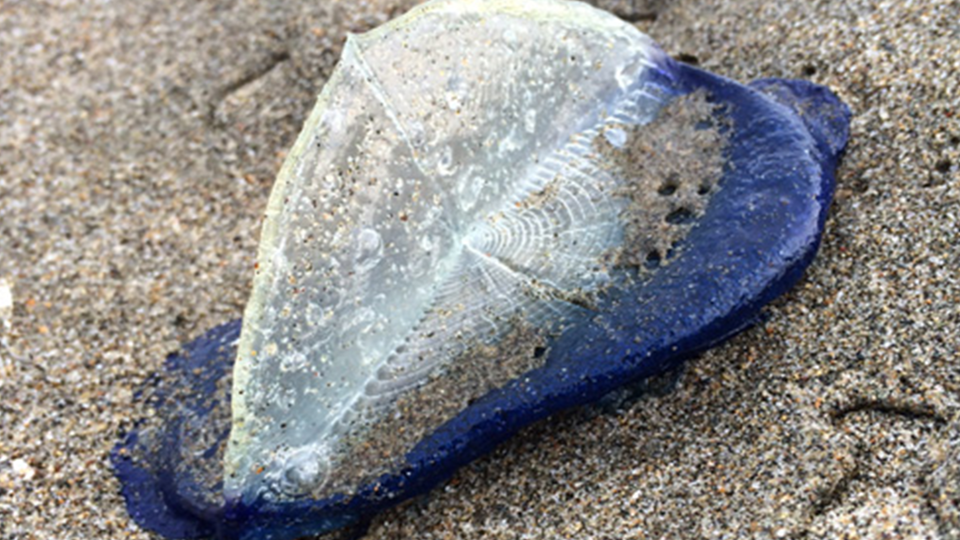 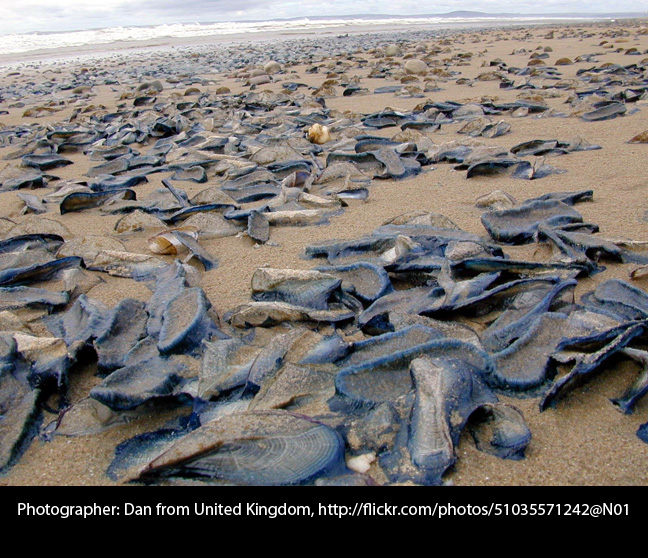 Well, not really, but I can imagine some folks thinking it, if they have recently visited some West Coast U.S. beaches.  Sometimes, as a biologist, I take things for granted… like knowing a thing or two about these odd-looking creatures, but to someone who has never seen this before, this sight may be somewhat alarming.   Alas, there is no need to panic, this is relatively normal, and unlike mass strandings of some other marine creatures, due to low oxygen levels or other issues, (as far as we know) there is really nothing to worry about here, as this happens periodically and is due to a weird quirk related to these creatures’ bodies.

First, a little about these beauties… These animals, yes they are animals (why? Read here) are not jellyfish, but they are jellyfish relatives. Like jellyfish, they are cnidarians, also relatives of other favorites including corals and sea anemones. What do all of these animals have in common?  For one thing, stinging cells. They all possess cells that enable them to capture their prey by firing a micro-harpoon, of sorts, delivering venom (this is what causes a jellyfish sting). 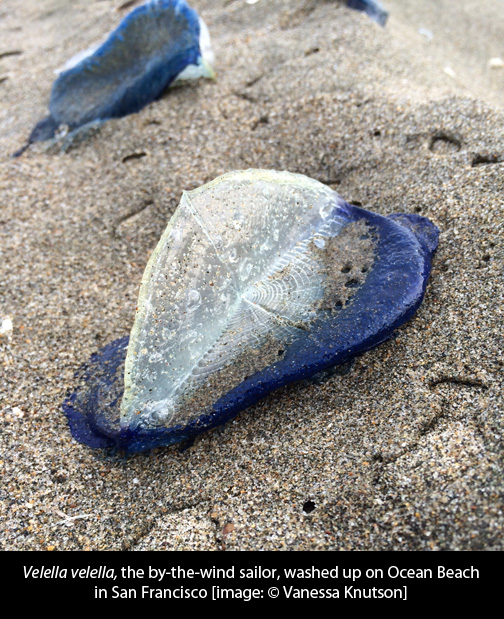 Weirdly enough, and this still boggles even my biologist mind, these Velella are not individual animals, but rather a collective of individuals that live together and form a colony. Full disclaimer- the understanding of what these animals are has changed a lot through time, and will likely continue to change in the future!   These animals are pushed around on the surface of the ocean by wind acting on their stiff “sails” on top of their “bodies.”  Occasionally they wash up by the hundreds, thousands or perhaps even MILLIONS.  I’ve seen these creatures washed up, probably by the millions as I remember it, in Washington State at Cape Alava, extending up and down the beach as far as I could see, in a swath about 2 meters (6.6 feet) wide and deep enough to add a bit of spring to my step.   I’ve also seen them washed up in eastern Australia on Stradbroke Island.   So, it was enjoyable this past month for me to see these cool creatures washed up right in my Ocean Beach backyard.

Okay, so let’s get to the point here, you may be wondering, “that’s great, but what is the connection to your research interests?”  The connection, of course, is to nudibranchs and to their food!  Velella velella just so happens to be a prey item of several species of nudibranchs that live in the open ocean (genus: Glaucus).  Their better-known prey item is the Portugese Man o' War, Physalia physalis, another colonial cnidarian that can deliver a much nastier sting than Velella.   There is a good chance that you’ve seen pictures of Glaucus atlanticus floating around the Internet, several folks have posted these to my Facebook timeline, and I’ve seen them in chain emails as well. Glaucus atlanticus, the internet star. 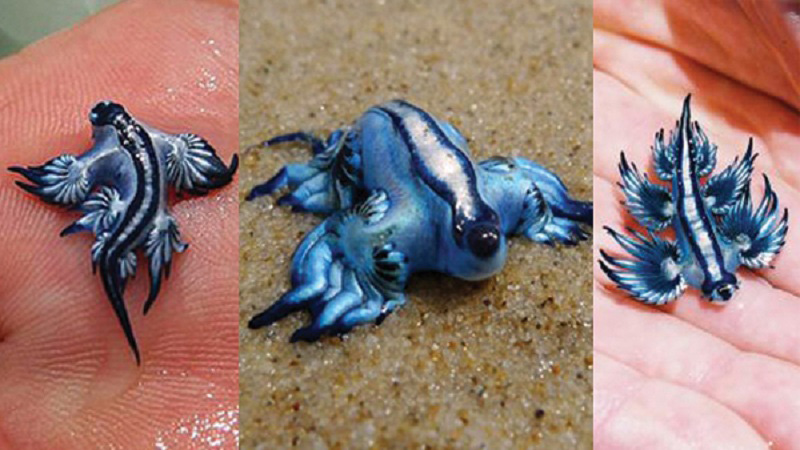 There are some great images of Glaucus with some Velella here and here. 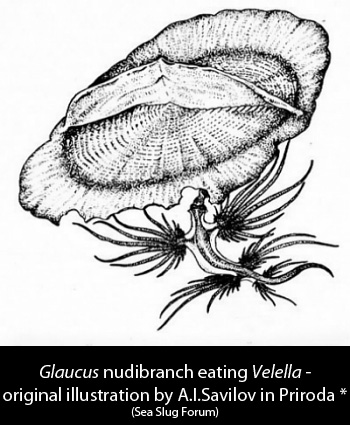 Glaucus nudibranchs, like many of their relatives, have a pretty awesome parlor trick, or superpower, if you will.  Not only can they eat their stinging cnidarian prey, but they also store the unused stinging cells in the tips of those beautiful frills (called cerata) and use them against their own predators.

Now for the last juicy bit- it turns out that like some of the Gymnodoris nudibranchs species that I study, Glaucus nudibranchs sometimes eat members of their own species. In other words, they are cannibals.

Unfortunately, although I keep my eyes peeled, I think I am pretty unlikely to find any Glaucus nudibranchs washed up here at Ocean Beach in San Francisco. While you can find their Velella prey here, I think it’s probably just a little too cold for these nudies, as they stick to warmer parts of the world.  I can’t blame them, without a thick wetsuit, I stay out of those frigid waters too!

Velella have found their way into several news articles and social media lately, here are a few links to check out if you are interested in learning more!
http://www.sfgate.com/science/article/Beachings-of-exotic-blue-velella-tied-to-wind-5661124.php http://baynature.org/articles/wind-sailors-seasonal-vellela-beachings/
http://oceanbeachbulletin.com/2014/08/01/what-are-those-blue-tentacled-creatures-on-ocean-beach/

*Savilov A.I. 1956. Floating biocoenosis in the Pacific Ocean based on the material of the Expeditions of the Institute of Oceanology, Academy of Sciences USSR. Priroda, vol.45, no.3, pp.62-68.