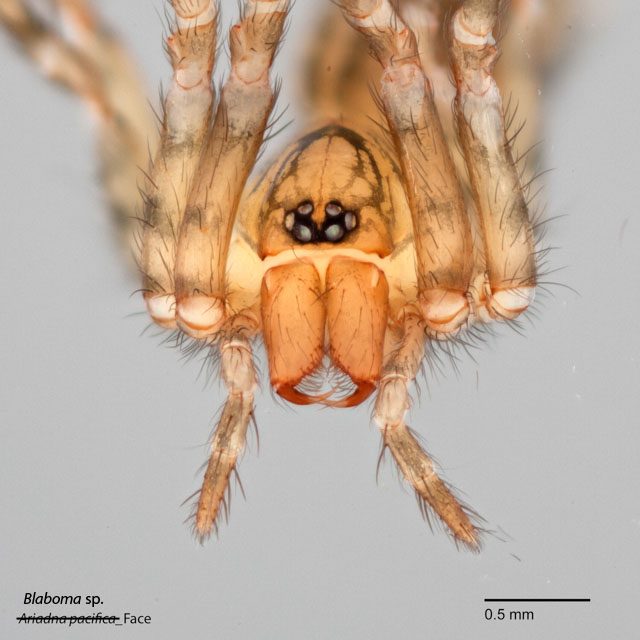 About a week ago I posted a spider picture on the Academy’s Facebook page, which I had identified as Ariadna pacifica. After conferring with Darrel Ubick, one of our resident spider experts, I discovered I had misidentified both the family and species! It turns out to be in the family Dictynidae, and is one of about 10 species in the genus Blaboma that are found locally living in leaf litter. They form sheet-like webs which they use mostly as retreats, and are ground hunters of small arthropods. Spiders can be notoriously difficult to identify, so while I may be embarrassed by my mistake, I learned something new that I am not likely to forget! 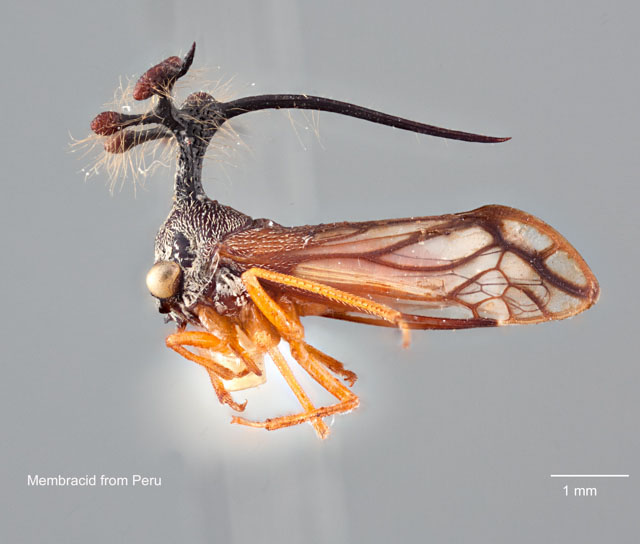 This week in the Project Lab, I have imaged some unusual looking insects in the family Membracidae.  Membracids are a family of true bugs (Hemiptera), which are commonly known as treehoppers and thorn bugs. Membracids live on plants and trees and feed on the sap using their piercing beaks to penetrate the host plant. They are found on all continents except Antarctica, but the tropical varieties attract a lot of attention because they have adapted to look like the plants they live on, by growing projections that often look like the thorns and spines of their host plants.  Unlike most insects, they appear to be wingless, though some scientists believe that the “helmet” found on many is actually the result of fused and modified wings. The sharp spines and “thorns” provide both camouflage and protection from hungry predators. Some treehoppers are gregarious, and can be found in groups on the same plant.  Sap feeding insects like treehoppers and aphids concentrate the sugars in the sap they consume, and excrete a sweet substance known as honeydew. Because of this, they sometimes form symbiotic relationships with ants, or even iguanas who feed on this substance.  Treehoppers do not directly cause harm to humans, although a few of them are pests on agricultural crops. I hope you enjoy the images of these unusual insects. 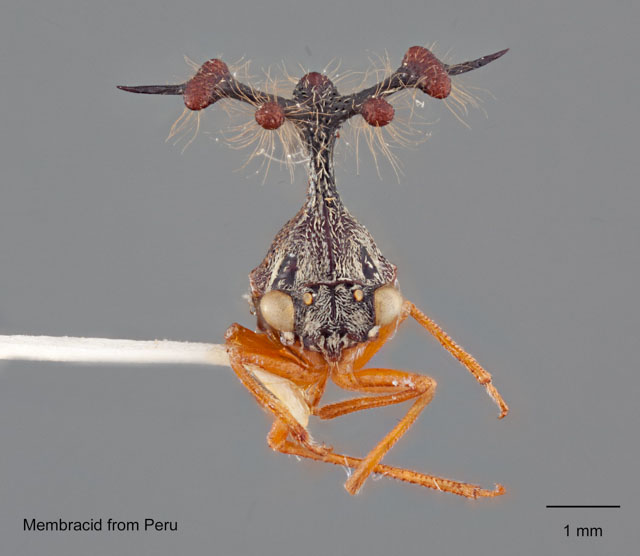 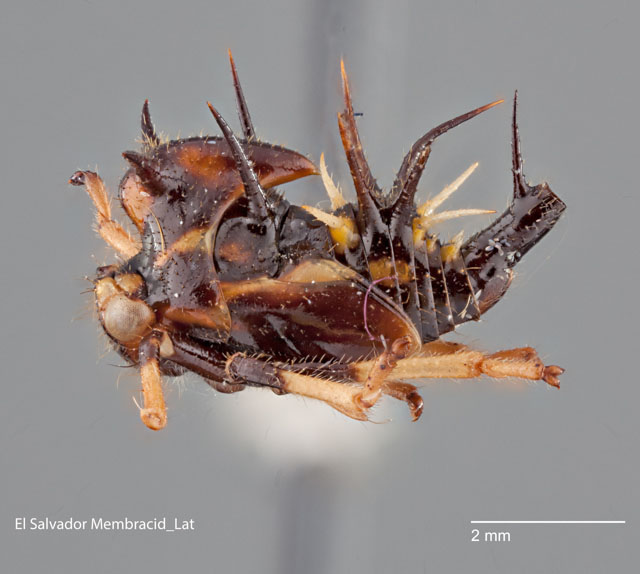 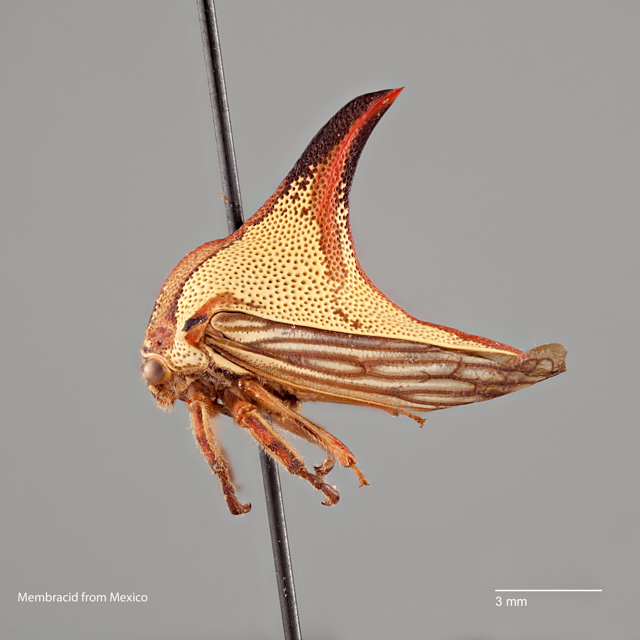 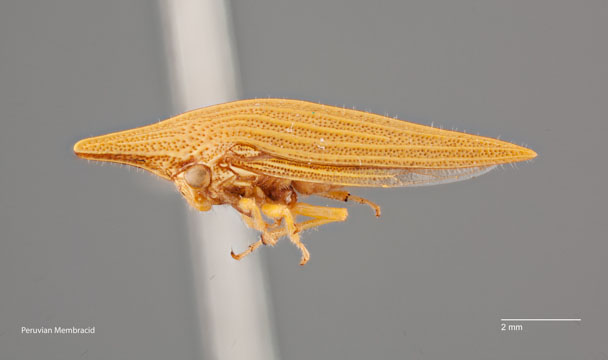 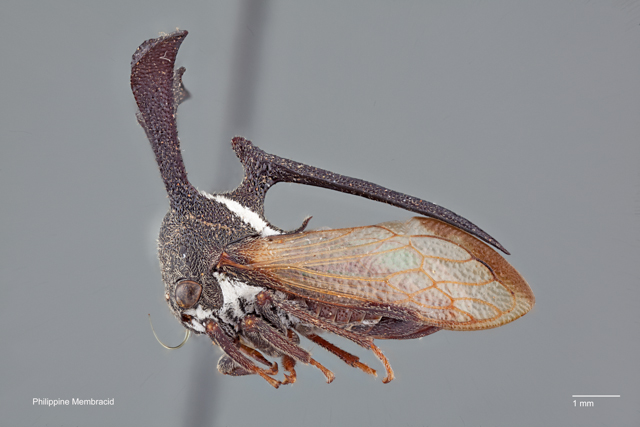 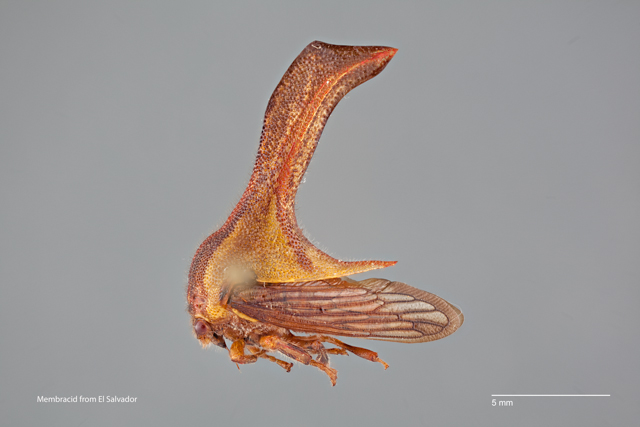