Why is it that biologists always seem to want to talk about sex?  The answer goes back to our understanding of what a species is, and how biologists can tell if animals are of the same species.  While there is more than one definition for what comprises a species, a general description for animals goes like this: A species is a group of animals normally found together that breed and reproduce, creating offspring the same as the parents, who can also reproduce.  In other words, cows mate with cows and produce more cows that can mate and produce more cows. This generalized biological species concept works well for most animals. For larger and more common animals humans have had plenty of opportunities to see mating take place and watch the resulting birth of offspring. People make babies who grow up to mate and make more baby humans, dogs make dogs, etc.  But here’s the catch… the vast majority of animal life on the planet is generally invisible to us most of the time, because it lives in the ocean, deep underground, or hidden from normal view. In fact, many marine and other organisms have had the males and females described as different species, because they look so different from each other. But most of these animals reproduce sexually, using eggs and sperm, and they must have very specific sperm delivery and fertilization organs. This allows scientists to identify males and females of the same species by carefully examining genitalia, because part “A” has to fit into part “B” for everything to work.  And so it is with spiders. 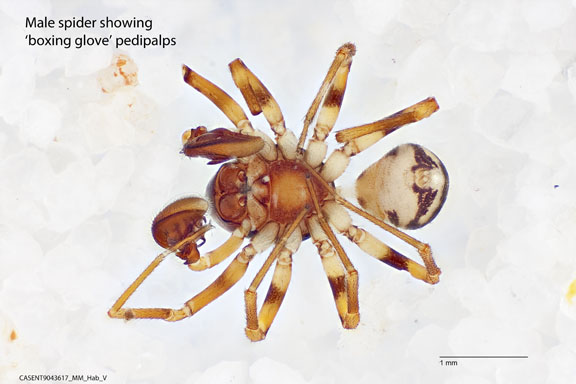 Spiders often exhibit sexual dimorphism, where the 2 sexes do not look the same. One example is our California black widow spider, where the female is large with a shiny round black belly with a red hourglass marking, while the male is a tiny brown creature devoid of markings.  While not all spider species have such extreme differences, examining genitalia often provides the final answer in species determination. 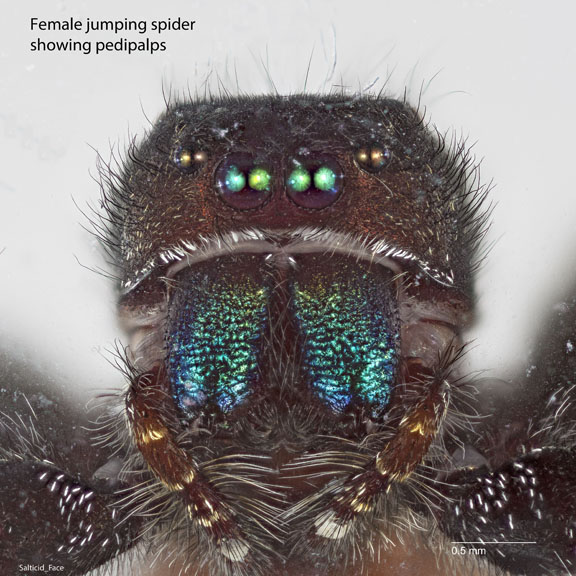 All spiders have 8 legs, and in addition they have a pair of pedipalps, small leg-like structures originating close to the mouth.  Male pedipalps are highly modified to act as sperm transfer organs, with a thin tube for containing the sperm, and lots of species-specific spines and projections that allow it to mate only with females of its own species.  Sperm is deposited on a sheet of special silk on the ground, then the male touches the drop, which is sucked up into the tube, and he is ready to find a willing mate. 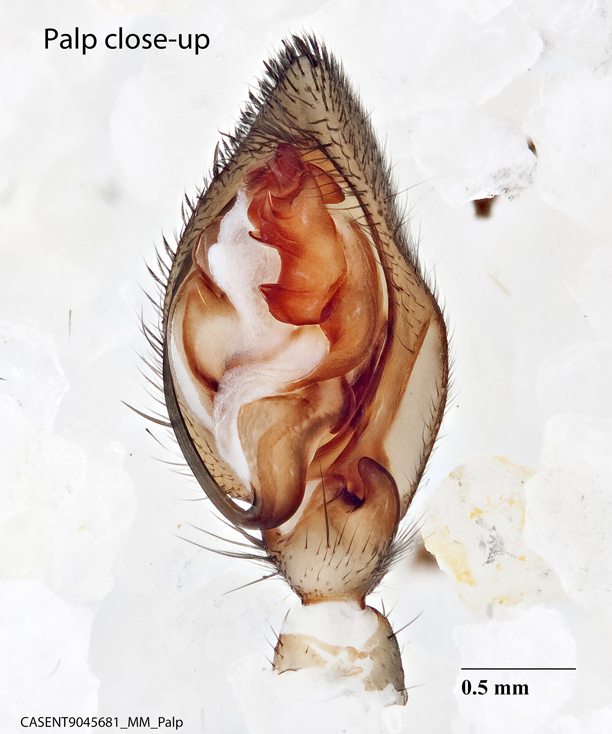 The female has a sclerotized (hardened) area on her abdomen shaped to allow access only to males of her species. By carefully examining these structures, researchers can often figure out who belongs with whom. 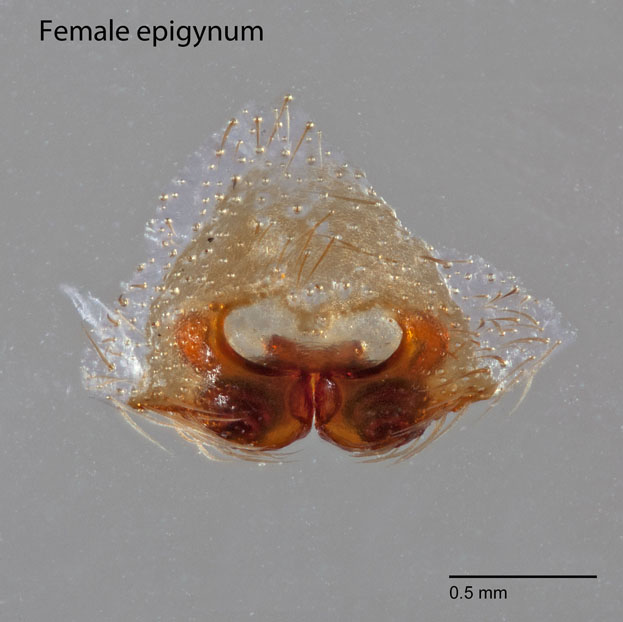 (All photos taken by Vic Smith at Project Lab)