Every summer, the Academy offers a research program for undergraduate students called the Summer Systematics Institute (SSI). During this 8-week program, students work with Academy scientists on research projects that address questions about biodiversity, phylogenetic systematics and evolutionary biology. The SSI program is now in its 17th year, and here on the Project Lab blog, one of its current students, Wendee Augustiro, shares her experience in the program: 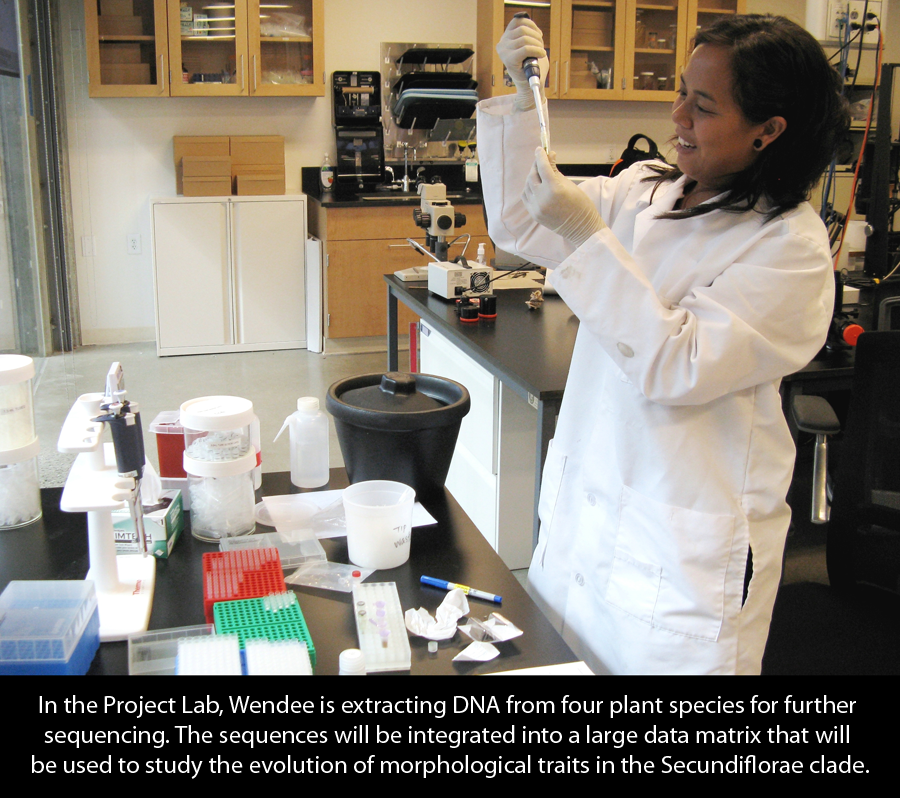 The amount of variation amongst plants is truly astounding.  Trying to understand the evolution of plant diversity is a large part of why I study botany.  Since plants are all around us and have a critical role for life on earth, I am constantly in a state of wonder. This is especially true now that I am participating in the California Academy of Science’s Summer Systematics Institute (SSI), where I am learning skills and using tools to study plant diversification. Currently, I am an undergraduate at the University of Hawaii, Manoa, and study mostly native Hawaiian plants. This is fascinating to me because of the number of lineages that have diversified in our relatively young islands.

As part of the SSI, I am working with Dr. Gilberto Ocampo to study the evolutionary relationships among a group of species within the tribe Miconieae (Melastomataceae). This is part of the Planetary Biodiversity Inventory project on the tribe (funded by the National Science Foundation), with collaborators from  the California Academy of Sciences, The New York Botanical Garden, the University of Florida, and the Universidade Federal de Paraná (Brazil). The tribe comprises 18 genera and about 1,800 species distributed in the New World tropics, and its species have an important role in the ecosystem because of the number of individuals in forest understories and because it is an important food source for many birds and mammals. 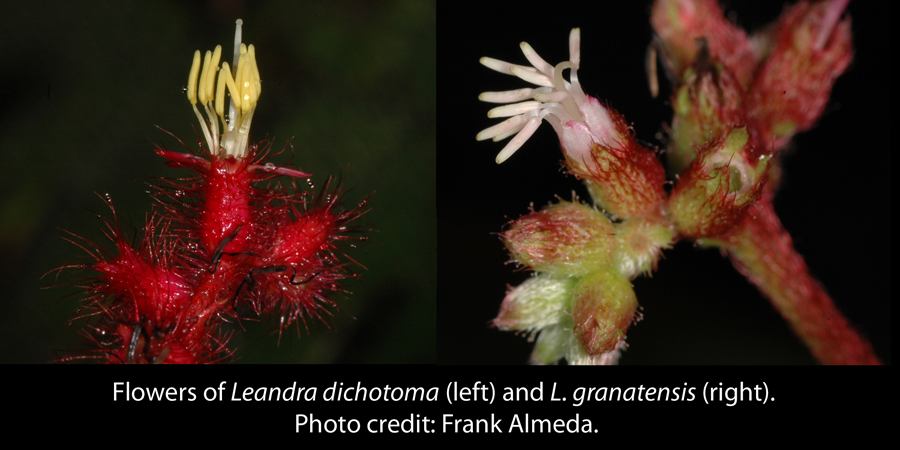 In particular, I am studying a group of around 30 species distributed from southern Mexico to northern South America, informally called the “Secundiflorae clade”. This group contains species recognized in two different genera, Leandra and Ossaea, but DNA analyses suggest they share a common ancestor. In addition, species of this clade share flower arrangement and seed morphology, supporting the relationships inferred by the molecular data. For this project, I am using molecular (chloroplast and nuclear DNA) and morphological data (measurements of vegetative and reproductive structures) in order to understand the variation of this group under a phylogenetic framework.

I plan to take the methods I learn at the Academy and apply them to study the evolutionary history of native Hawaiian species.  I feel lucky that I have the opportunity to come to San Francisco and be a small piece in a larger puzzle that will help us to understand the evolution of this vibrant group of melastomes.