The Perils of Scavenging

We’ve written multiple blog posts about the effects of plastic and trash on ecosystems (Faux food, The Plastisphere- an artificial marine ecosystem), corresponding with our Summer exhibit “Built for Speed.”  I recently witnessed the effect that trash can have on wildlife firsthand as I prepared a Glaucous-winged Gull (Larus glaucescens) specimen.

This gull was found dead by one of our department’s volunteers at Lake Merced. It was in pristine condition – no evidence of having been attacked by another animal or hit by a car. Part of my job as a specimen preparator is to take notes on everything that I notice, both internally and externally, about the animal that I’m working on. This may mean noting organs that are strangely colored, the amount of fat that the animal has, and any evidence of attack/trauma, among other things. In this case, the bird was, as far as I could tell, perfectly healthy and in great body condition. It wasn’t until I cut open the stomach and esophagus that I found the probable cause of death. Before the big reveal, I should explain that gulls are scavenging, omnivorous animals. This means that they have a wide array of food sources, from live animals to carrion (dead animals), as well as garbage. I’m sure the majority of people who live in areas with gulls have noticed how much these birds like to hang around dumpsters, as well as steal food straight out of your hand. They’re opportunistic birds who have learned that people often bring a food source with them. I have a clear memory as a child of watching a gull fly into a dumpster and come out with a full slice of pizza in its feet. 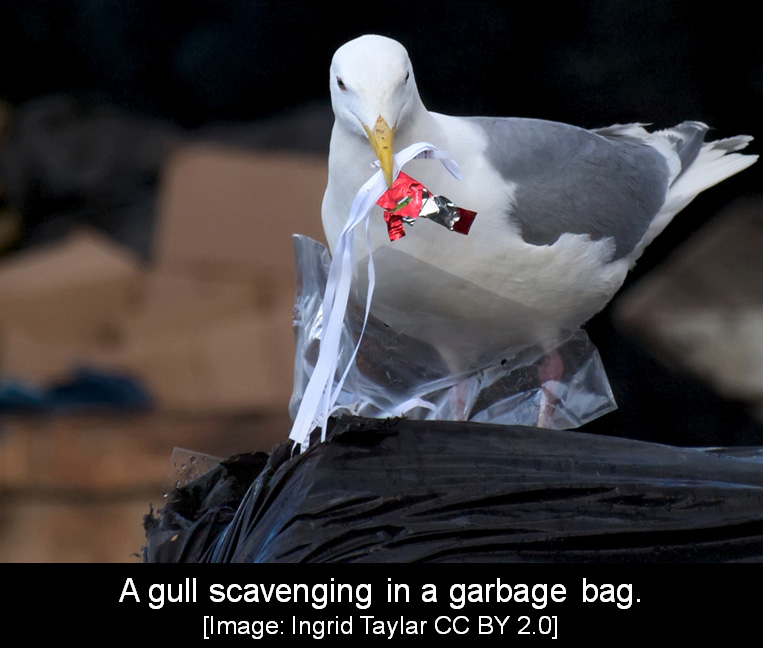 So, what did I find when I searched through the digestive system of this particular gull? A piece of trash lodged in the esophagus: 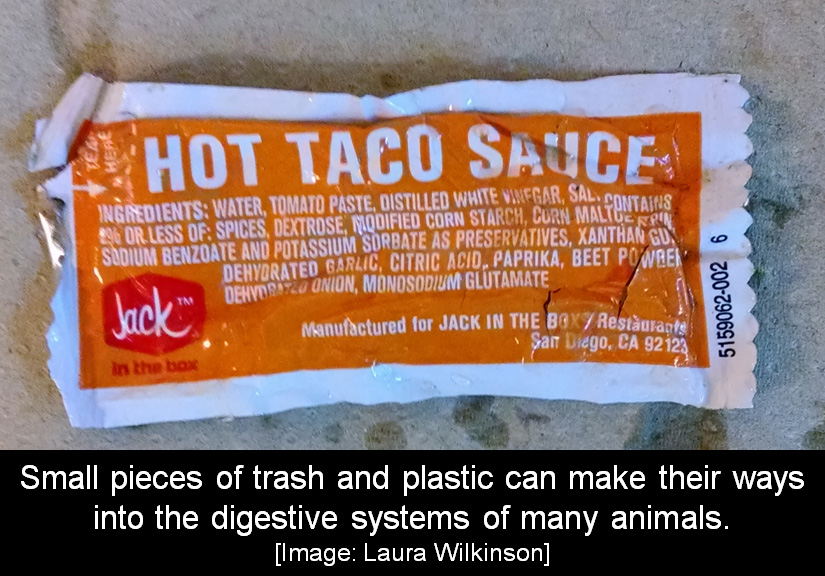 Most humans would know better than to try to swallow trash, but animals associate its looks and smell with food. Unfortunately, it is likely the reason that this Glaucous-winged Gull died, since there was no other trauma seen on or in the body. While I’m not blaming the restaurants who hand out these condiments for this gull’s death, it does serve as an important reminder to make sure trash is properly disposed of. However, there’s no guarantee that even throwing away your trash properly will keep it off the streets and out of our oceans. It might blow out of a garbage can or truck, or an animal might dig through a trashcan looking for food, spilling trash along the way (I’m talking about you, raccoons). 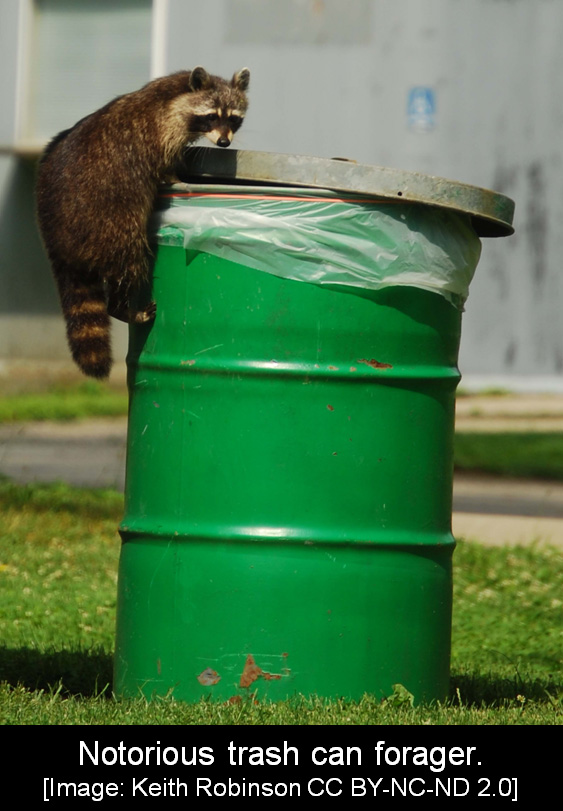 This is one of the unfortunate impacts that garbage has on wildlife. There are many ways you can reduce the amount of trash that is polluting our world. For more information and ideas, check out http://5gyres.org/.