The Plastisphere- an artificial marine ecosystem

This week I attended the event Women in Ocean Science at the Aquarium of the Bay. Here I learned about the plastisphere, an ecosystem of marine microbes living on plastic floating in the ocean. How trash is dealt with has always intrigued me. When I see mounds of garbage on the streets and beaches of San Francisco I become disgusted. Some of this garbage makes its way to the Great Pacific Garbage patch, estimated to be about twice the size of Texas! About 4.7 million tons of garbage enters the world’s ocean in a year, which contribute to the five trash gyres found in the oceans.  If we do not clean up our act, the ocean will one day be a giant plastic soup! 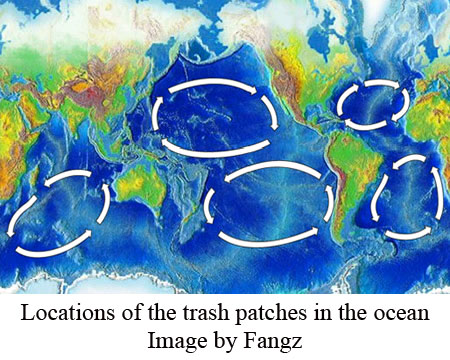 The plastisphere is extremely biodiverse. Plastic collected in the North Atlantic contained 50 species of single- celled plants, animals, and bacteria comprised of photo-synthesizers, herbivores, predators, and decomposers. Another study discovered 1,000 different kinds of microbes on a piece of plastic only about 5 mm across.

Plastics are energy rich substances consumed by some species of terrestrial bacteria and fungi. The marine microbes living on floating plastic may also be capable of breaking down plastics. Electron microscope images of bacteria living on plastic surfaces have shown spherical pits surrounding the bacteria. More research needs to be done to substantiate this claim. Despite this, plastics in our oceans will not be able to be degraded at the rate at which plastics are entering the ocean. 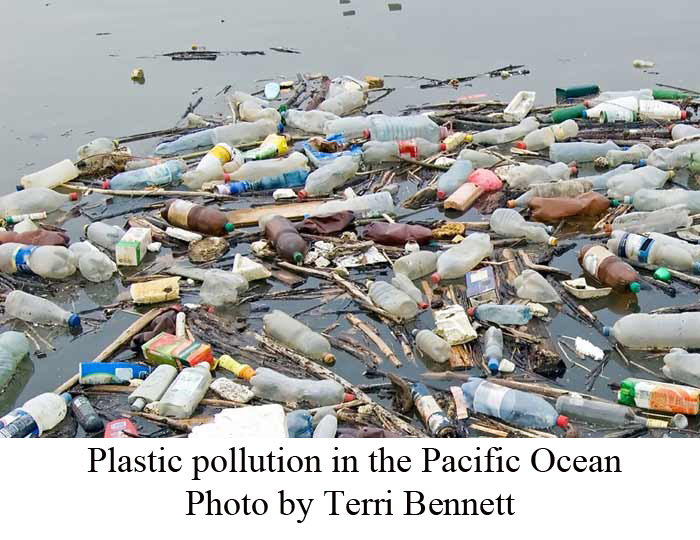 Overall, the plastisphere is bad news for natural marine ecosystems. The microbes in the plastisphere may use up phosphorus and strip it away from other marine organisms. In addition, the plastisphere could serve as a source for human disease transmission since fish and shellfish ingest tiny pieces of plastic harboring Vibrio and cholera-like bacteria, which cause food-born illnesses. Finally, plastics may also transport microbes long distances leading to more occurrences of invasive species.

On a more positive note, the plastisphere may possess non-harmful bacteria containing compounds useful for drug discovery. It is an extremely interesting artificial biosphere since it harbors a vast diversity of microbes and illustrates the amazing adaptability of nature! It is an entirely new ecosystem awaiting scientific discovery.

Stay tuned for next week’s post on plastics and albatross.