What is a species?

Did you know there are 26 different species concepts (Wilkins, 2002)? This is just mindboggling! You may have thought the definition of a species was settled long ago, but the reality is, the concept of a species is still under intense debate. The most commonly accepted and taught definition of a species is “a population or group of populations whose members have the potential to interbreed in nature and produce viable, fertile offspring, but do not produce viable, fertile offspring with members of other such groups” (Campbell, 2008). 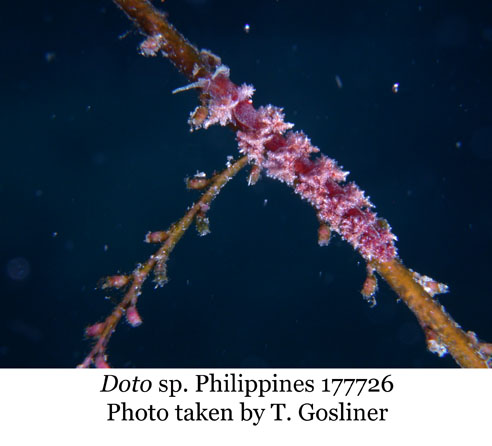 This question is extremely relevant to my graduate project, which is looking at the diversity and relationships of nudibranch sea slugs in the family Dotidae from the Indo-Pacific and North Atlantic. For my project, I am describing five new species from the Indo-Pacific and another from South Africa, originally thought to be a N. Atlantic species. How do I know these are distinct from all other sea slugs ever named and described? Well, since the specimens used in my project are no longer living, I first look at living photographs of the slugs, which will most of the time help me determine whether the species I am naming and describing is in fact completely new. In cases where it is not clear whether the individual in the living photograph is new, we compare its photo to the description of the species most similar to it. This methodology helps determine if the individual in question is a morpho-species, which is one of the 26 species concepts (Wilkins, 2002). A morpho-species is considered a species based on its distinctive physical appearance and morphological features. Below are three photographs of un-described species from the Indo-Pacific Nudibranchs and Sea Slugs. They have been designated as new since they look so different from anything that has already been described.

To be more certain that an individual is altogether new, sequencing their DNA is essential. This DNA is then compared to all the others that have been sequenced, and are accessible in a database or from your own work, to see if its DNA is different enough. For my project, I sequenced three separate genes from my slugs. The gene most commonly used to determine whether an individual is a new species is the gene cytochrome c oxidase subunit 1 (CO1). For animals, this is considered the barcoding gene. The CO1 gene is like a UPC sticker, since it is usually distinctive enough to be used to identify new species, just as a UPC sticker helps identify a particular product being purchased in the checkout line of a store. 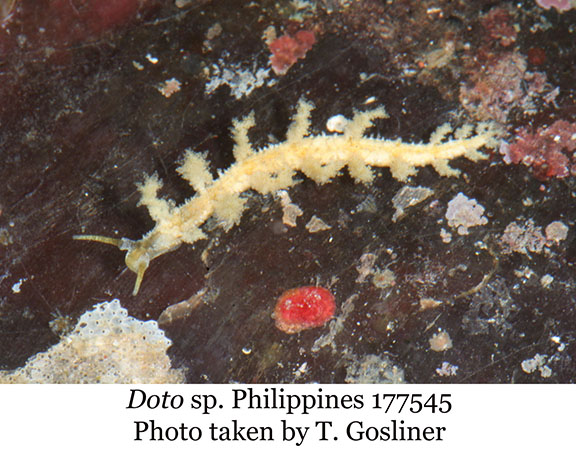 This gene is then statistically compared between pairs of individuals to give a number known as a pair-wise distance. Below is a list of hypothetical CO1 pair-wise distances, which are in decimals, between four separate pairs of individuals considered to be different species. This decimal number is multiplied by 100 to create a percent. The higher this percent, the greater the differences in the two gene sequences being compared. The methods used here, help us determine if a species is new based on the genetic species concept (Wilkins, 2002).

So what happens if the CO1 distance is not great enough between individuals suspected of being different? In these instances, it is best to look at the distances of another gene. In the case of my project, I looked at the gene 16S. If the distances of both genes agree with one another, than you can be more certain that what you are looking at is completely new or not new. When comparing the distances between two genes, the relative rates of evolution in those genes, must also be taken into account. Since CO1 is a much more quickly evolving gene than 16S, its distances are much greater. By using both living photographs and genes we can usually determine if an individual is a new species.

There are instances, where the genetic data cannot tell us either way whether an individual is clearly distinct or not. This is the case for several individuals sequenced in my project.  The most logical explanation for these individuals is they are in the process of turning into distinct species. As species evolve into new species, their genes reflect a continuum from separate populations to new species. For instance in my project, a COI pair-wise distance between two individuals of 0.0015 (.15% difference) is considered the same species, while a distance of 0.10 (10% difference) is great enough to consider the two individuals as separate species. If the distance falls somewhere between these two values, such as 0.03 (3%), it can be said, that perhaps these two individuals are in the process of undergoing speciation. I am certain, that some of the species in my project are in the middle of speciation since many of their distances reflect intermediate values. I am witnessing evolution! 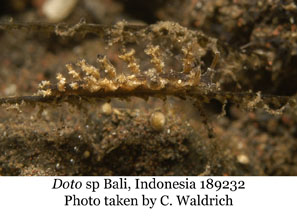 As you can see, trying to determine whether a sea slug is new to science is a complex process, requiring multiple methodologies. The methods used here help us determine a new species based on the genetic and morpho- species definition of a species (Wilkins, 2002).