What is an animal?

It may seem like a basic question, but ask someone and listen to the variety of responses that you get and sometimes, a bit of confusion and uncertainty.  This week I’m going to diverge from my recent themes of fieldwork, research and nudibranchs and focus on something a little bit more central to biology.

A couple years ago, I was designing an activity for a lesson plan (see it here).  The activity was based on the game “Guess Who,” but features some classic California coast animals including some fish, sea urchins, and sea anemones.  When it came time to test it out, I asked a (non-biologist) friend of mine to play with me.  Halfway through the game, my friend made a comment about how half of the cards weren’t animals.  WHAT???  I was taken aback, why of course they are ALL animals!   Here is the dialogue that followed,

Me: Well, how do you define an animal?

Friend: Something with a face.

Me: Do you consider an insect to be an animal?

Me: But insects have faces…

At this point, another friend jumped in

Friend2: Oh I know, an animal produces milk, has hair and…

Me: That’s the definition of a mammal!

And that seems to be the source of some of this confusion.  Many folks confuse the definition of “animal” with the definition of “mammal,” or sometimes “vertebrate.”  But the reality is that mammals (approximately 5,700 described species) and vertebrates (animals with a backbone, approx. 62,000 described species, including mammals) make up a small minority of the animal life on our planet. The vast majority of the animal life on our planet are invertebrates (animals without a backbone) including insects, spiders, snails, clams, seastars and many animals that your wildest dreams couldn’t imagine (approx. 1.2 million described species, with many more to be discovered). 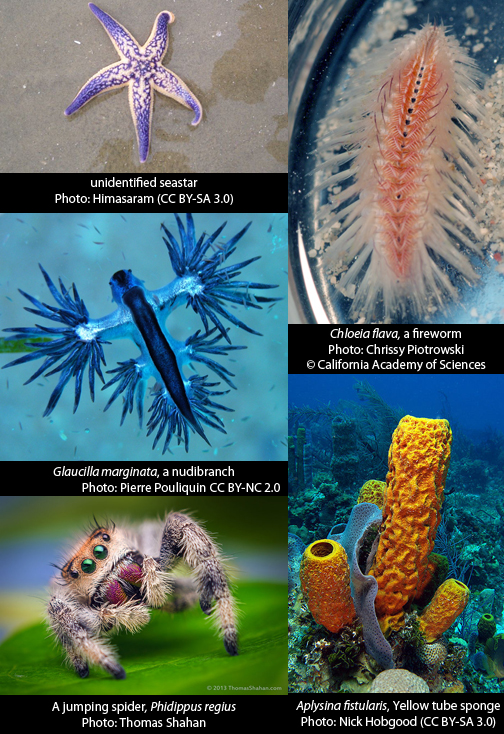 So what is an animal, then?

First thing’s first.  All of the categories of life that you may hear about are created and defined by humans to better understand the life on our planet.  The categories themselves change as we learn more about the relationships between different living things.  Occasionally, some organisms do not fit neatly into the categories we’ve created, and the following is my attempt to simplify this, so it should be taken with a grain of salt.  If this stuff truly interests you, I encourage you to learn more because the life on our planet is SUPER fascinating stuff!  That’s why I became a biologist in the first place. : )

To be an animal, you must be a living thing and you must be made up of many cells (multicellular). This criterion alone eliminates the bacteria and some other living things called archaea and others called protists.   Oh and by the way, not only must you be multicellular, but you have to be made up of cells that have their insides bound up in membranes (these are called eukaryotic cells).   Bacteria and archaea have cells that lack these internal membranes, and are not multicellular, so they definitely do not fit the definition of an animal. 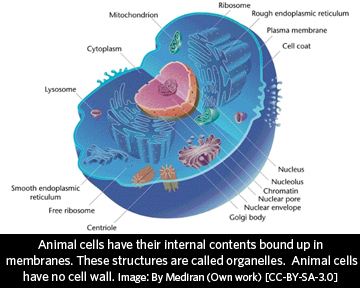 There are some additional requirements to qualify as an animal.  To be an animal, the cells that make you up must form specialized tissues or you must be made up of different types of cells.  You also cannot have a hard structure around your cells called a cell wall.  Multicellular living things that have cell walls made up of a substance called cellulose are what we call plants, and most plants use energy from the sun to create their own food (the process known as photosynthesis).  Animals cannot directly undergo photosynthesis (I know of some sea slug exceptions to this rule!).  Multicellular living things that have cell walls that contain a substance called chitin are what we call fungus (though there are some species of fungus that are single-celled, but let’s not get too complicated today). 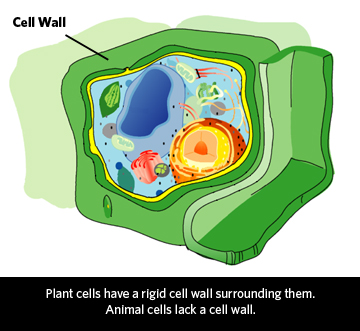 So the next time you wonder, is that an animal?  You could run through the above requirements (multicellular, cells with no cell wall and cannot make its own food through photosynthesis), though that might seem a bit overwhelming.  Often time if someone asks me if something is an animal, I’ll just ask, well, is it a plant or a fungus? If not, then it’s likely an animal since you can’t see most bacteria or archaea with your naked eye and unless you are looking under a microscope you are unlikely to observe any protists in person.  I will admit that some animals, like corals and sea squirts can be a bit tricky since they don't move around much, and some folks might mistake them for plants, but the most important thing to remember is that things like insects, corals and worms are animals!

So why does this matter?  I can think of several reasons why this matters, but I will focus on 2 main reasons:

1.  People’s understanding of this directly impacts conservation.  For example, corals are animals and some species of corals are responsible for the beautiful and economically important coral reefs on our planet.  If people do not understand that these are animals, how will we understand the threats they face (pollution, climate change, ocean acidification) and how to protect them?

So until next time, enjoy one of my favorite invertebrate animals… 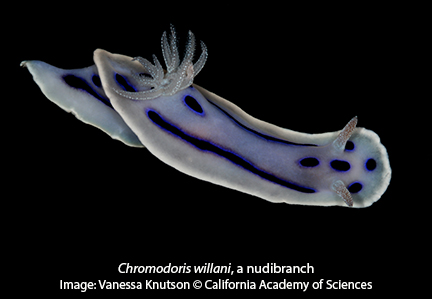