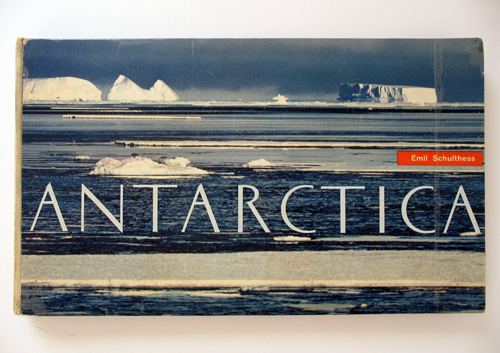 There's nothing quite like sharing a favorite book, or better yet, a collection of favorite books around a theme. Today I'm introducing a new category to the Long View Project blog that does just that. It's called Antarctic Bookshelf whose posts will feature polar-related editions that inspire me in one way or another. Some of the titles are popular, some obscure; some in print, others out-of-print; ranging from trade books to artists' books. 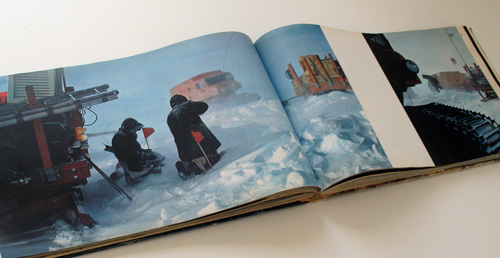 My selections follow no hard set of criteria. A book may have strong writing, concept, design, photography, artwork, historical significance, or any combination of these. At least one in the lineup has an outlandish sense of humor and most are rich in creativity and imagination. In the end, what ties these books together (besides their references to Antarctica) is each one's ability to address the continent in a unique and memorable way. 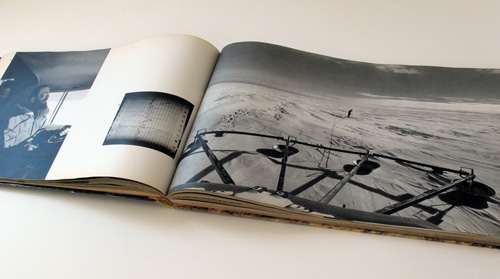 The first on my list is Antarctica by Emil Schulthess. This photo-documentary book provides an uncommonly artful portrait of Antarctica and U.S. polar research in the late 1950s. 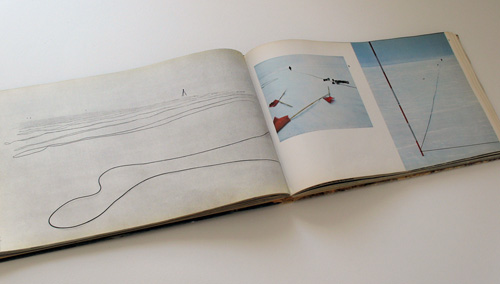 A striking feature of this book is its 'wide-and-narrow' format, lending itself to sweeping panoramas and lavish detail. This approach has since been imitated by other Antarctic photography books, but never as cohesively. This book is set apart by an exquisite sense of composition, color and design in its photography and layout alike. The reason is that Schulthess (1913-1996) was both an accomplished graphic designer and Life magazine photographer, overseeing every aspect of his books. Antarctica is but one of several handsome publications he authored, including photo-surveys of Africa, China, the Amazon, Soviet Union, USA, and his Swiss motherland. 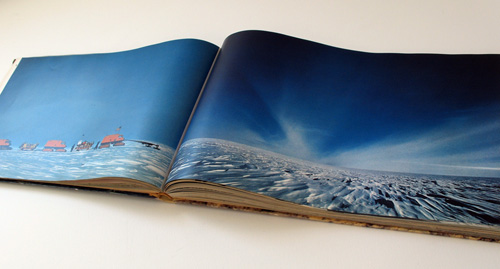 Another thing I love about this book is its informative text. Schulthess's captions are incredibly thorough (often paragraphs long) and well-researched. Yet he skillfully groups and places them unobtrusively apart from the photos, allowing the images to take center stage. In this way Antarctica functions equally well as a coffee-table book and historical resource depending on where the reader turns. 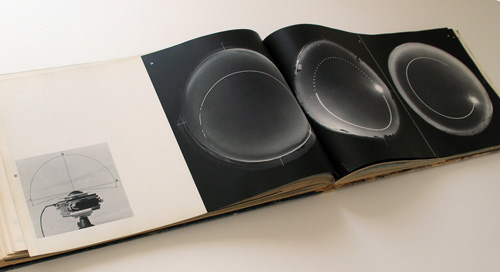 Schulthess introduces the project in an essay: "When the plans for an extensive exploration of the Antarctic continent on the occasion of the International Geophysical Year 1957/58 became known, an old dream of mine appeared to come within reach: a photographic documentation of Antarctica. Such a project had been in my mind for many years. I was particularly anxious to take photographs of the sun and its course in this extreme Southern part of the world. Thanks to American friends, who gave me every possible help, I obtained permission to join the American Naval Operation Deep Freeze IV." 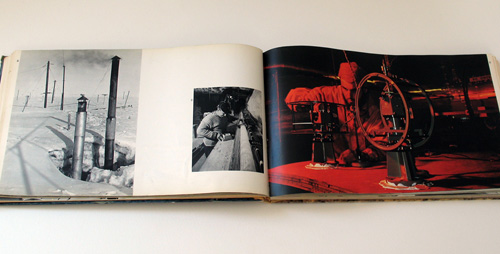 Operation Deep Freeze was the codename for a series of United States missions to Antarctica beginning in 1955–56, and International Geophysical Year was a collaborative effort between forty nations to carry out earth science studies from the North Pole to the South Pole and at points in between. The term 'Operation Deep Freeze' still endures, now signifying general U.S. operations in Antarctica, particularly the regular missions coordinated by the military to resupply research bases. 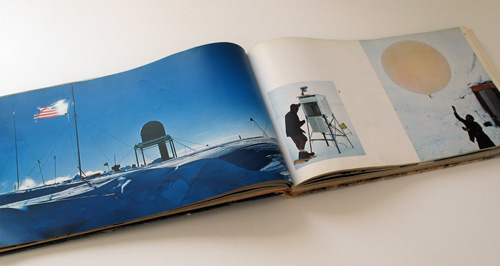 Schulthess set out in October 1958, flying from Christchurch to McMurdo and on to the South Pole. He then traveled by icebreaker from Marble Point in the Dry Valleys around the Ross Ice Shelf to Little America V — the biggest American scientific station in Antarctica at the time. Little America V was two years old and covered in ten feet of snow but still stationed 250 men when Schulthess visited. From there he voyaged deep inland by snow tractor to Byrd Station and into hitherto unexplored territory to capture more extraordinary images. He wrapped his voyage up along the coast of Victoria Land and Wilkes Land, setting course for Australia in March 1959. 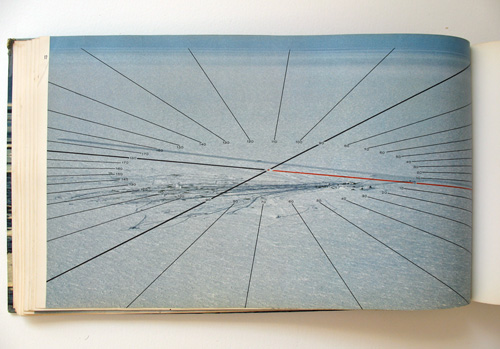 Antarctica was first published in 1960 by Artemis Verlag, Zürich and by Simon & Schuster, New York (U.S. issue pictured here). Both editions are long out of print but copies can be found online with a bit of digging. I'd like to extend a big thanks to my friend Steve Woodall at Columbia College Chicago's Center for Book and Paper Arts for sending this treasure my way.