In 1908 the crew of Ernest Shackleton's Nimrod Expedition occupied themselves over the dark Antarctic winter in part by producing Aurora Australis, the first book written, printed, illustrated, and bound on the frozen continent. Printed on a letterpress and bound in wooden covers fashioned from provisions cases, less than 70 copies are believed to exist. As a result the book fell into relative obscurity until it saw reissue as a trade edition nearly eight decades later, allowing the general public to experience the text and artwork in its entirety. 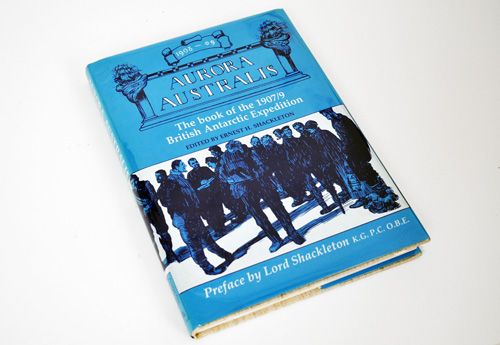 The trade edition is not a strict facsimile of the original book. Besides obviously lacking wooden boards, it has two notable additions. One is a preface by Lord [Baron] Edward Shackleton, the younger son of Sir Ernest. He comments on the original edition: "Edited by my father, painstakingly printed by [Ernest] Joyce, [Frank] Wild, and [George] Marston, and bound by [Bernard] Day in Venesta packing case boards, it has become a thing of legend. It seems that no copies were sold to the general public and with so few having been produced in the first place many Antarctic collectors have never had the opportunity even to see a copy. It contains no very important information about the success or otherwise of expedition affairs but it does show imagination, ingenuity and a surprising degree of professionalism in the difficult circumstances." 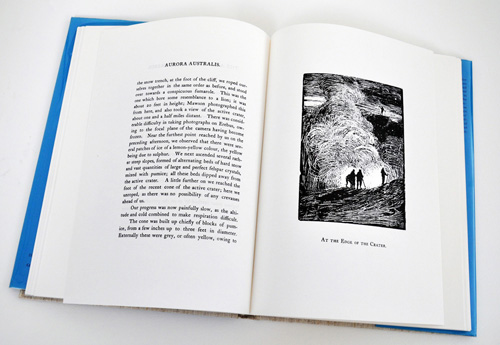 The other addition is a valuable introduction by John Millard, an Antarctic scholar with a special interest in Aurora Australis. From Millard we learn that Sir Ernest Shackleton, a lover of poetry and literature, took great pleasure in polar publishing. He had served as editor of The South Polar Times and The Blizzard magazines on Robert F. Scott's Discovery Expedition of 1901-1903, and recognized the benefits of such projects to his men's well-being, creativity, and morale. In 1981 Millard initiated a worldwide search of all extant copies of Aurora Australis, hoping to catalog the history of each one's ownership. "To add to the useful information of the survey I also sought any information about inscriptions, signatures or other annotations of interest to historians, bibliophiles, book collectors and book sellers. To date (Spring 1985) with the help of many correspondents, I have located 56 copies. There is also some evidence for a further number of copies as yet untraced." Millard collected data from auction records, booksellers' catalogs, institutional archives, and private libraries. In the process, he learned that some of the copies vary slightly in content and arrangement. For instance there are two versions of a particular article, 'An Ancient Manuscript' by Shellback (Frank Wild), one in which an illustration replaces text and another in which text replaces illustration. Other variants throughout the books have to do with ink color, cover sheet placement, and missing leaves. 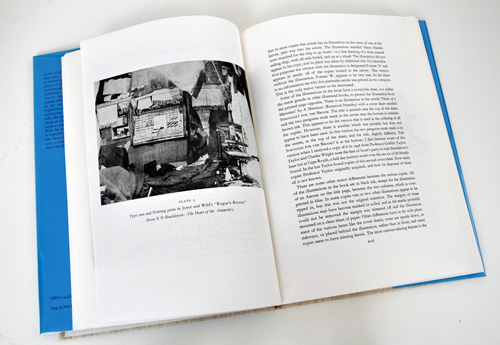 Millard concludes by speculating on how the 60 or so copies were distributed: "It seems that one original intention was to sell copies of the Aurora Australis to the general public for the benefit of Expedition funds. This would have been a logical idea after the success of the facsimile editions of the South Polar Times. Margery and James Fisher, in their biography of Shackleton, suggested that this was not done because difficulties arose over the compensation to be given to Joyce, Wild, Marston & Day. A more likely reason would seem to be insufficient paper, ink, and available time to produce a sufficient quantity to make this a viable proposition. It seems likely that each member of the overwintering party received at least one copy of the book and other copies were given to friends and benefactors of the Expedition." 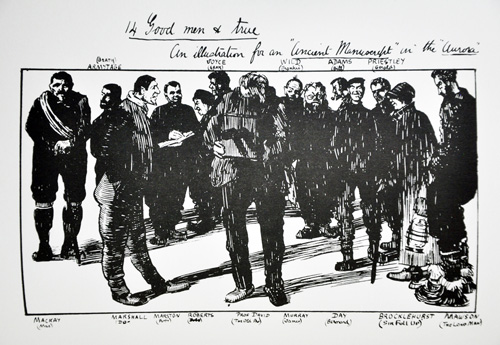 Technology has come a long way since Millard conducted his research nearly 30 years ago. An increasing number of museums and collections are posting their archives online where several presentations of Aurora Australis can already be found. Two of the more impressive showcases as of this writing are by the Biodiversity Heritage Library/Museum Victoria, Melbourne and the State Library of New South Wales in Sydney. The momentum of the internet and global communication may well bring all copies online with time, enabling comparison and study with increased ease. The "First Public Edition" of Aurora Australis was published in 1986 by Bluntisham Books and The Paradigm Press of Arlburgh, Harleston, Norfolk UK. This book itself is now out of print and relatively hard to find.