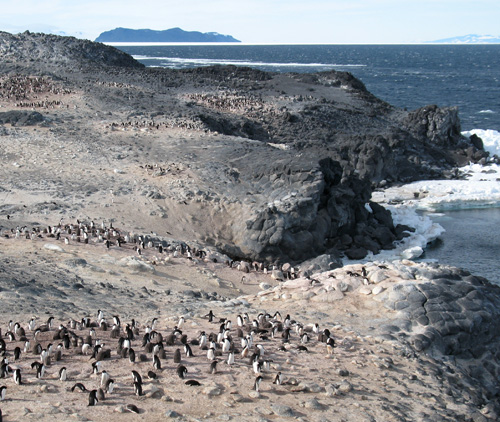 It's a short walk from Shackleton's hut to the most southerly penguin colony in the world. Adélie penguins dot the coast for as far as the eye can see, yet the colony of around 2,100 nests is far smaller than its northern neighbors. 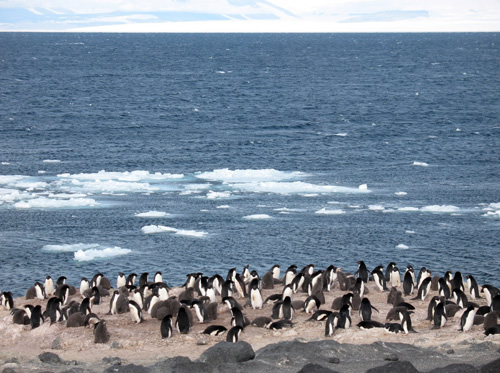 The size of the Royds colony varies from year to year depending on sea ice conditions. In 2000 for example, 4,000 nests populated this area until a giant iceberg calved off the Ross Ice Shelf. It grounded about 40 miles (60 km) north, preventing the sea ice from breaking up. Without access to open water, many penguins left for colonies more convenient to foraging. 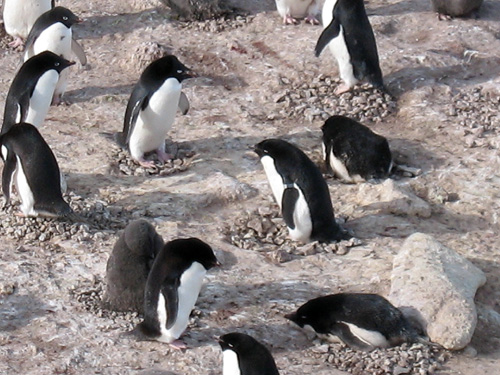 The last two years have been good again at Cape Royds for proximity to open ocean and successful reproduction rates. But colony growth remains in limbo till the new Adélies start breeding between the ages of 3 and 5. 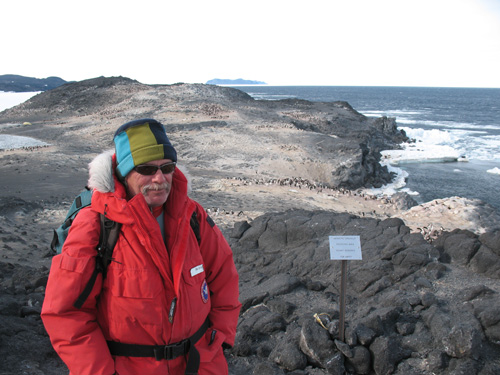 I had the pleasure here of meeting David Ainley, one of the world's most respected ornithologists. He's been studying penguins for over 40 years and is currently tracking the birds' response to climate change. It's believed that penguins' sensitivity to environmental change offers clues to how global warming is affecting the planet. 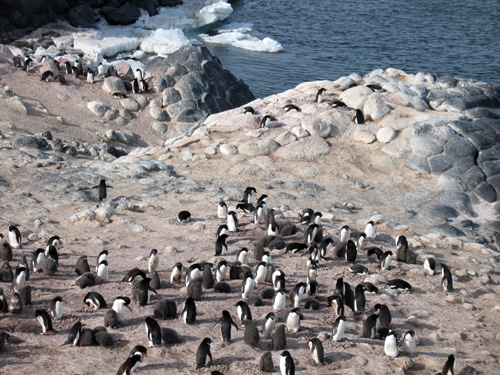 Dr. Ainley and his team have a special interest in population dynamics. They monitor and compare movement within and between Royds and other Adélie colonies. They hope to find what determines colony locations, what the physical environment's effects are, what accounts for differing colony sizes and their growth rates, and how competition between penguins affects colony size. 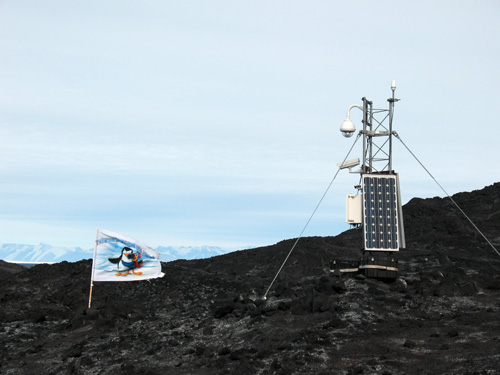 Among their tools is a Penguin Cam in operation since 2006. It's especially useful in monitoring the birds that return to molt each year in February, by which time scientists have left Cape Royds for the winter. On our stroll amidst volcanic hills, Dr. Ainley expressed concern about the industrial fishing industry's impact on the penguins' food web. I learned that the imminent depletion of the Antarctic toothfish -- an upper-food-web predator popularly marketed as 'Chilean sea bass' -- threatens to upset the entire Ross Sea's marine ecosystem. The implications of spoiling the planet's last such pristine waters are significant, as Dr. Ainley describes on his website penguinscience.com. 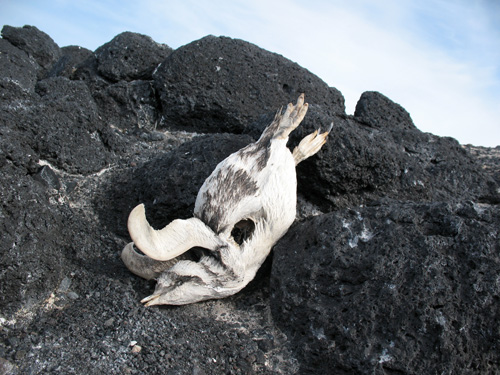 Around us, penguin mummies and skeletons abound. Freeze-dried carcasses get drilled through by relentless wind storms, eventually reducing them to bones. 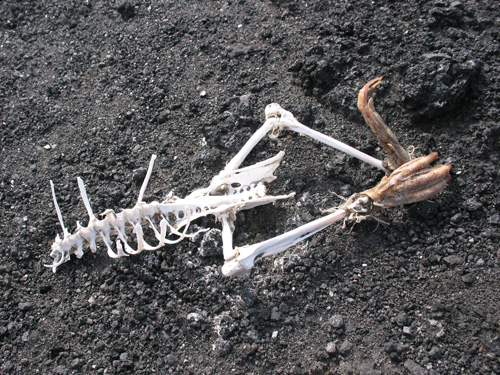 The first-ever study of Adélie penguins happened right here at Cape Royds a hundred years ago by James Murray, the Nimrod expedition's biologist. The following passage from Murray's obituary in the Glasgow Herald in 1916 provides a wonderful snapshot of the biologist in the field: "Like other naturalists, Murray notices the resemblance of penguins to human beings. He was convinced that the penguin had powers of speech, and he describes a palaver he witnessed when an 'old man' bird made a long speech in a muttering manner, short sounds following a group of four or five. Murray, to whom the speech was addressed, confesses that he did not understand a word of it, but the penguin was very patient and repeated it all over again, with no better results. "One can imagine the great joy that must have come over Murray’s heart when he discovered that the frozen freshwater lakes at Cape Royds contained a fauna and flora akin to that which he first studied in Campsie Glen, for many lichens were found in them, a few mosses, and large numbers of infusorians, rotifers, and water bears. He also demonstrated afresh the strong resistance which rotifers have to extremes of temperature." The rotifers referred to -- the resilient Bdelloidea -- are those that James Murray describes in his essay "Life Under Difficulties" which, to bring my Cape Royds tale full circle, was his contribution to the expedition's book Aurora Australis.