Long View Study No. 16 is inspired by Earth observation satellites that monitor environmental changes. Scientists use these satellites to collect and compare data over the long term to better understand and predict how Earth's systems interact. 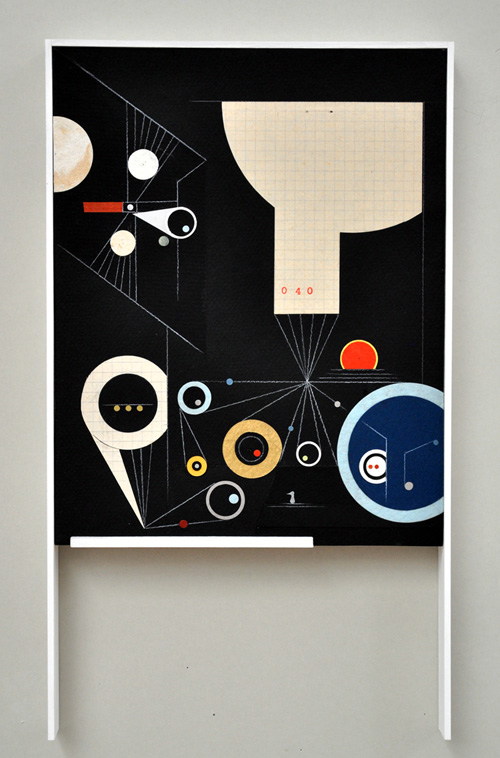 Over Antarctica, Earth observation satellites track shifts in sea ice, ozone depletion, animal populations, weather and other conditions using radar which allow study of inaccessible areas at day or night, regardless of cloud cover. The most powerful of these spacecrafts is Envisat, launched by the European Space Agency in 2002. Envisat has been helping scientists study the Antarctic Peninsula's ice shelves in response to the rapid warming that has occurred in that area over the last 50 years. Within days of its launch, the satellite recorded the dramatic disintegration of the Larsen B shelf, and it recently captured the break-up of the sizable Wilkins Ice Shelf — important indicators for ongoing climate change.

Also significant to Antarctic research is the Landsat program, a series of Earth-observing satellite missions jointly managed by NASA and the U.S. Geological Survey. Launched in 1972, this longest-running Earth survey from space recently facilitated an Antarctic mapping endeavor called LIMA (Landsat Image Mosaic of Antarctica) composed of over 1,000 true-color and high-definition images. They constitute an unprecedented data set enabling precise study of changes on the Ice, including curious methods of tracking emperor penguin colonies. The project is accessible online as part of the participating organizations' education and outreach efforts.

The artwork measures 8.125″ x 14″ and was created with cut paper, graphite and wood. The piece will be on view and available at Southern Exposure’s Annual Fundraiser and Art Auction this Saturday evening, May 7 at SoEx, 3030 20th Street in San Francisco.