Minds of Their Own: Animal Intelligence 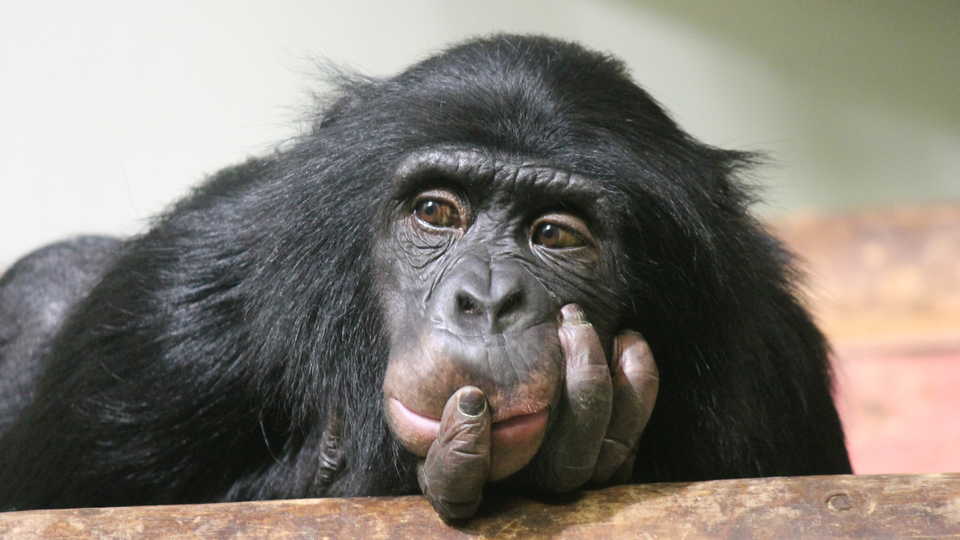 Today, it's almost impossible to imagine a society that didn’t believe that animals could think or use tools in navigating their world. Jane Goodall is widely recognized as one of the scientific pioneers to document complex behaviors such as tool use in the animal world. With the publication of her early work, she began to change how we look at animals and consider the capacities of their intelligence.

Today, there are many scientists who recognize that humans are not unique in their ability to use tools, communicate or even to think and feel emotions. In her latest book, Animal Wise: The Thoughts and Emotions of Our Fellow Creatures Virginia Morell reveals an astounding capacity for ideas and feelings among wild and domestic species. She documents surprising examples of self-reflection and distinctive personality.

Virginia Morell covers evolutionary biology, conservation, and animal behavior for Science and is a regular contributor to National Geographic. Her writing has also appeared in Slate, the New York Times Magazine, Smithsonian, and elsewhere. Her books include Ancestral Passions, a dramatic biography of the famed Leakey family and Blue Nile, about her journey down the Blue Nile, from Ethiopia to Sudan.

Virginia will be in conversation with Roy Eisenhardt who teaches at Berkeley Law and previously served as the Executive Director for the California Academy of Sciences. He has also been President of the Oakland Athletics and Interim President at the San Francisco Art Institute. Some of his numerous interviews for City Arts & Lectures include Stephen King, Gene Wilder, Philip Seymour Hoffman, Doris Kearns Goodwin, Desmond Tutu, David Remnick, and Isabella Rosselini.

Membership has its perks