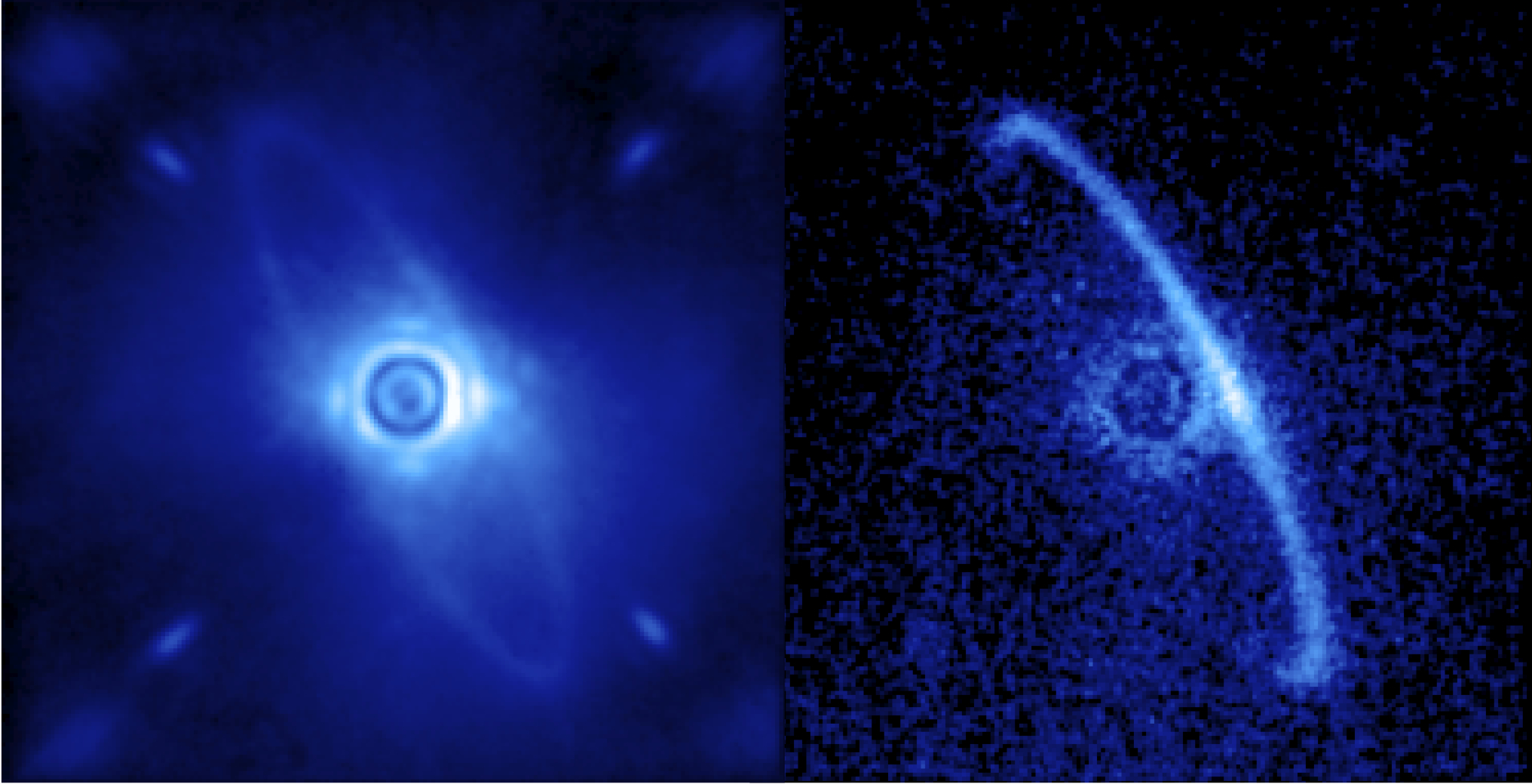 Welcome to the second day of updates from the 223rd American Astronomical Society meeting in National Harbor, Maryland. It’s the largest gathering of astronomers in the world, and many scientists use it as an opportunity to make big announcements, so if you read the news this week, you’ll probably be seeing a lot of astronomy stories. I can only touch on a few of the great stories here…

Today, scientists from the Gemini Project announced the first observations from the Gemini Planet Imager (GPI), which has the potential to revolutionize observations of planets around other stars (a.k.a. exoplanets). Astronomers currently use many techniques to find planets around other stars: for example, looking for the planet to pass in front of its parent star, like the Kepler Mission, or measuring the tiny gravitational effect of the planet on its parent star, like Academy Fellow and Berkeley professor Geoff Marcy. But the most ambitious way to observe an exoplanet is to observe it directly—not its silhouette, not its gravitational influence, but the planet itself.

Stars emit a lot of light, however, and planets emit almost none, mostly shining by the reflected light of their parent stars. So observing a planet means blocking the light from its star, which presents significant technical challenges that the GPI team has managed to address. Bruce MacIntosh, currently transitioning from Lawrence Livermore National Laboratory to Stanford, described the GPI project and presented some extraordinary images, including the one above.

That’s an image of HR4796A in polarized light, which bests even the Hubble Space Telescope’s image of the star with its encircling dust disk. Dust disks and planets go hand in hand, and in the few months since GPI first began making observations, it has also looked at already-discovered exoplanets to tease out better data about these worlds orbiting other stars. The instrument uses adaptive optics to get incredibly sharp views of space, even from the ground—and it works 100 times faster than current technology, which means astronomers can make more observations in a single night of telescope time.

On top of all this, every pixel of GPI’s images represents an entire spectrum of light, or range of wavelengths, that astronomers can use to deduce different properties of the planets (or dust disks) it observes. For example, the GPI team took a picture of the planet Beta Pictoris b, and they used the associated spectrum of the planet to figure out its temperature—and these same tools can tell us about planetary atmospheres, too.

“Most planets that we know about to date are only known because of indirect methods that tell us a planet is there, a bit about its orbit and mass, but not much else,” says Macintosh. “With GPI we directly image planets around stars–it’s a bit like being able to dissect the system and really dive into the planet’s atmospheric makeup and characteristics.”

In the next year, GPI will set about surveying—and almost certainly discovering—exoplanets, giving astronomers a sharper and more in-depth look at worlds around distant stars.

Ryan Wyatt is Director of Morrison Planetarium and Science Visualization at the California Academy of Sciences.