An interesting thing happened last week when biologists here at Steinhart Aquarium moved a butterflyfish from back-of-house into a tank in the Academy’s new exhibit, opening tomorrow, called Twilight Zone: Deep Reefs Revealed. Scientists discovered that the fish was a brand-new species.

The Academy’s Luiz Rocha collected the butterflyfish on the last day of this year’s expedition to the Philippines, and on the very last dive into deep, mesophotic coral reefs known as the “twilight zone.” While the team collected many new, unknown-to-science species for the exhibit, carefully bringing the fish up in a decompression chamber so that their swim bladders didn’t explode, Rocha was certain this butterflyfish was a species they already had, but thought it wouldn’t hurt to display an additional specimen in the exhibit. The fish had quite a journey traveling back to San Francisco from the Philippines and going into quarantine, where all new animal arrivals go, when it landed here at the Academy.

So when Rocha next saw the fish, in the exhibit tank with the other butterflyfish, he realized it wasn’t like the others. To a non-ichthyologist, the differences are subtle, but Rocha is an expert. The first thing he noticed was the bottom fin—it has a bit of white on it. Next he counted the fin rays and scales. The number is completely different from previously known butterflyfish, indicating that it’s a new species. Rocha and his colleagues are sequencing the fish’s DNA this week, and hope to publish a description of the new species sometime in July. Publishing a new species requires a specimen, called a holotype, and Rocha really wanted to keep this fish on exhibit. He wondered if perhaps we had another (formerly living) specimen of the new species miscategorized in the collections, and sure enough he found one, which will become the holotype.

We can’t post a photo of the fish until he publishes, so if you can’t wait, you’ll have to visit the Twilight Zone exhibit to see the live fish. Check back with Science Today, though! We will be sure to write about the new species when it goes to publication: rumor has it that it will have an interesting name with a good story behind it…

There are other new-to-science or new-to-aquarium species on exhibit, including Sacura anthias and some really bizarre ctenophores, alien-like comb jellies that Academy scientists have dubbed “sea peeps” for their cartoonish resemblance to the popular marshmallow confection. Many of the twilight zone inhabitants are truly out of this world. In an extensive write-up about twilight zone exploration appearing in bioGraphic, Steven Bedard writes, “Like the daydream creations of a child left with nothing but the brightest crayons in the box, twilight zone fish are some of the most beautiful things on the planet. In the full-spectrum light of the divers’ beams, they practically glow in hues of pink, red, orange, yellow, and blue.” The in-depth article includes some gorgeous photos of these creatures taken by Andrew Zuckerman.

After your bioGraphic immersion, visit the Academy to see these stunning creatures for yourself! 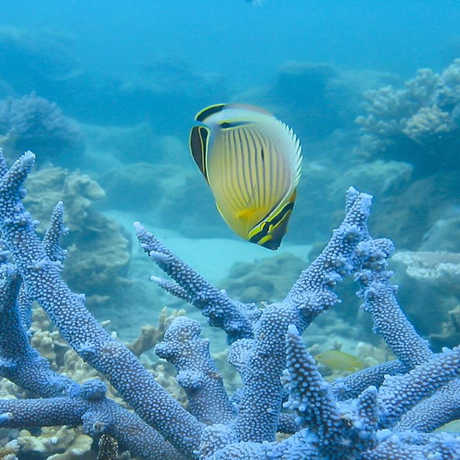 Coral reef ecosystems, one of our most critical habitats on Earth, have been in the research news lately. Why? 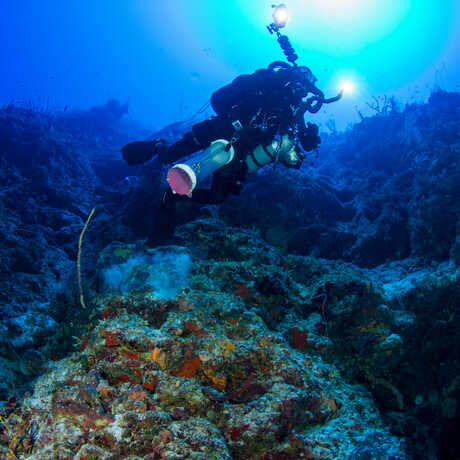 Descend into the twilight zone, where sunlight is scarce and every dive yields surprising discoveries. 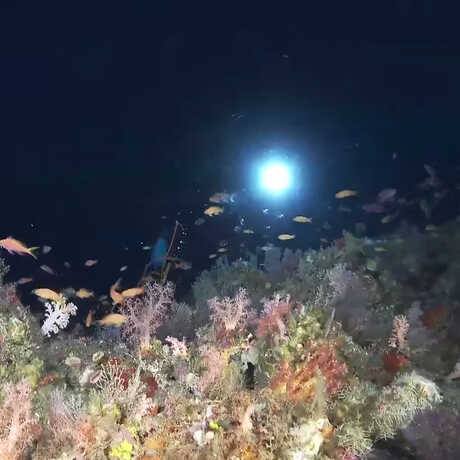