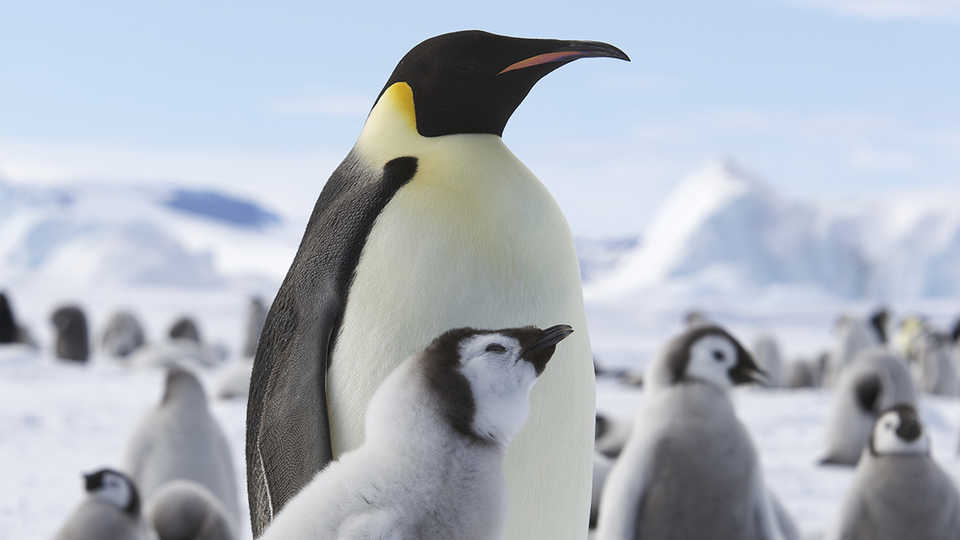 This Father’s Day weekend, plenty of dads will barbecue, get cards in the mail, and give thanks for argyle socks and unique macaroni art. But what about fathers in the animal kingdom?

Fatherhood comes with unusual trappings for a variety of organisms worldwide. Some are well-known, others are bizarre and fascinating, and still more are downright heartwarming. We often think of carrying, birthing, and caring for young as maternal traits—but as it turns out, many animal dads outshine their counterparts in bringing up baby!

The giant water bug is known for its nasty bite, and even feeds occasionally on juvenile reptiles such as turtles and water snakes. But this bug has a family-friendly side, too. Giant water bug males carry the female’s eggs—nearly one hundred or more—on their backs for an entire week, keeping the eggs from harm until they hatch.

Several species of fish, including the mottled sculpin, the three-spined stickleback, and the pumpkinseed sunfish, practice male parental care far more frequently than their female counterparts, likely as territorial defense when their spawning area is limited. Paternal mouthbrooders, such as the arowana and hardhead catfish, take this protection a step further by harboring incubating eggs in their mouth until they are ready to hatch—no small sacrifice, given that these proud papas need to forego eating the entire time!

While mouthbrooding is generally thought of as a fish trait, the currently threatened Darwin’s frog also takes one for the team by watching over a female’s eggs for several weeks. He then swallows the embryos so they hatch in his vocal sacs. Feeding and development continues until metamorphosis, when forty progeny will come hopping out ready to take on the world.

While not quite as committed as the Darwin’s frog, the massive African bullfrog might be considered a close runner-up by watching over nearly 4,000 tadpoles until they mature. Paternal African bullfrogs will viciously defend tadpoles from threats, as well as dig new waterways when their pool is in danger of drying out.

Seahorses have long captured our charms with their monogamous ways, and it’s seahorse fathers that take the grand prize for paternal care by carrying their young for the entire gestation period. Recent research on the male pipefish—a close relative of the seahorse—shows that not only does this fish father carry unborn young, but he also provides invaluable immunity to his progeny by passing antibodies through the paternal placenta.

The male rhea is a South American flightless bird that tends to enjoy his bachelorhood, but once he has built a nest filled with female eggs he will stop at nothing to protect his charge—during brooding, hatching, and even into their first six months of life. Male rheas create decoy nests and often harass females away from their own offspring.

No study of paternal care by land birds is complete, of course, without mention of the long-suffering emperor penguin, which breeds in the coldest locale of any bird species on earth—Antarctica. The female emperor penguin lays a single egg which must not touch the frozen ground; she then transfers this egg to a brood pouch over the father’s feet where he will keep watch, and balance, for over two months while the female leaves to feed. By the time an emperor penguin chick is ready to hatch, the father will have lost nearly half his body weight while fasting during this time.

Paternal care may sound like an unusual arrangement, but it does ensure the survival of one’s own offspring. So to all dads out there—hard working or not, Happy Father’s Day!