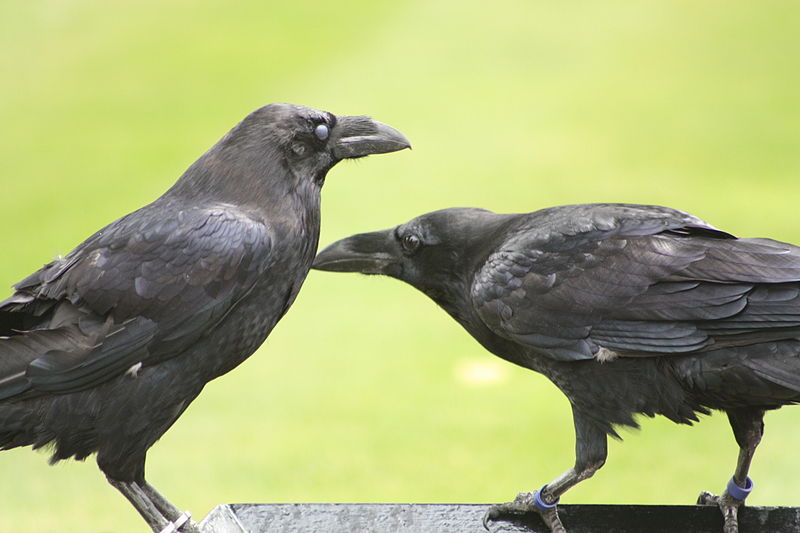 “It seems to me that every time we humans announce that here is the thing that makes us unique—our featherless bipedality, our tool-using, our language—some other species comes along to snatch it away. If modesty were a human trait, we’d have learned to be more cautious over the years.”

That’s a quote I really like from We are all Completely Beside Ourselves, a novel by Karen Joy Fowler. We see this a lot in science news—headlines about some amazing human-like feat that another creature can perform. Heck, I write about it all the time (for example, see last week’s post about facial recognition in paper wasps).

And intelligence seems to take the cake. Posts and especially videos about intelligent birds, mammals, cephalopods, and insects are always the most popular on our site and others. Why are we constantly astonished at animal intelligence? Aren’t we animals, after all?

Succumbing to peer pressure and my boss’s desire to boost numbers for Science Today, today I mine recent headlines on animal intelligence, and there have been many in the past few weeks.

Show some self-control!
Researchers from institutions across the country, including UC Berkeley and Stanford, discovered that the bigger the brain, the more the animal is able to exhibit self-control, which the team defines as the ability to inhibit powerful but ultimately counter-productive behavior. Testing bonobos, chimpanzees, gorillas, olive baboons, stump-tailed macaques, golden snub-nosed monkeys, lemurs (brown, red-bellied and aye-aye), coyotes, dogs, gray wolves, Asian elephants, domestic pigeons, orange-winged amazons, Eurasian jays, western scrub jays, zebra finches, and swamp sparrows (whew) with a task to retrieve foraging food inside clear and colored tubes, the scientists concluded that the species with the largest brain volume—and not volume relative to body size—showed superior cognitive powers. The study was published in the Proceedings of the National Academy of Sciences and more information is available in Ed Yong’s National Geographic blog post, “This is How You Study the Evolution of Animal Intelligence.”

Social ravens
Would ravens do well on Facebook? Austrian researchers have discovered that ravens not only understand their own relationship to other ravens, but also understand “third-party” relationships—how other ravens relate to each other. According to the abstract, published in Nature Communications, “ravens react differently to playbacks of dominance interactions that either confirm or violate the current rank hierarchy of members in their own social group and of ravens in a neighboring group.” More information is offered in this press release, with a comparison to humans viewing hierarchy in the television show The Sopranos.

If Peyton Manning were a bird…
Perhaps he would be the African drongo. Like the quarterback, known for his quick decisions before the snap, these birds change their routines on the fly for more success. In the drongos’ case, they emit cries warning their neighboring drongos, meerkats, and pied babblers of predators. Often these cries are real warnings, but often they are sneaky tactics to scare the neighbors into dropping recently-caught prey. If the call doesn’t work, the drongos use a different one from their repertoire of 51 warning calls, often mimicking those of other species. The study is published in the recent edition of Science and more information on the smart, deceptive birds can be found here.

Red deer borders
Red deer in the Czech Republic can’t believe the Cold War is over. NPR reported last week that a population of Czech red deer will not cross the border into Germany where an electric fence used to stand over 20 years ago. Since the average lifespan of the deer is 15 years, scientists believe that mothers are passing down this knowledge of harm down to their fawns, who will eventually pass it down to their offspring. Researcher Pavel Šustr explained on the program that this could go on for another 30-50 years. Does this suggest “that some deer are capable of teaching certain behaviors?” NPR asks. According to a thread on Twitter, the research is not published in a paper yet, but is in this book.

Not so smart?
Does niceness equal stupidity? Robert Krulwich looks how domesticated animals, bred by humans to have gentle qualities, are less intelligent than their wild counterparts. Could the same thing be happening to us humans as we require less aggression in the modern world?

Stop human comparison!
The New Yorker offers a blog post on a recent publication by Denise Herzing who argues that we have to stop measuring other beings’ intelligence to humans only. In “Profiling nonhuman intelligence: An exercise in developing unbiased tools for describing other ‘types’ of intelligence on earth,” she breaks down five tools to measure intelligence on our planet and potentially other worlds. Head over to one of the above links to learn more about this fascinating study.

Want more proof of smart critters? How about monkey math, marmosets’ long-term memories, and what dog brains are teaching us about human brains…

Of course, smart reader, you probably realize I’m behind the times with this post. You did catch the three part NOVA series last month called “Inside Animal Minds,” right? If not, the episodes are all available online, so you can watch right now, or wait until you get to work. Then show-off your new knowledge. You’ll impress your friends with your animal-like intelligence.