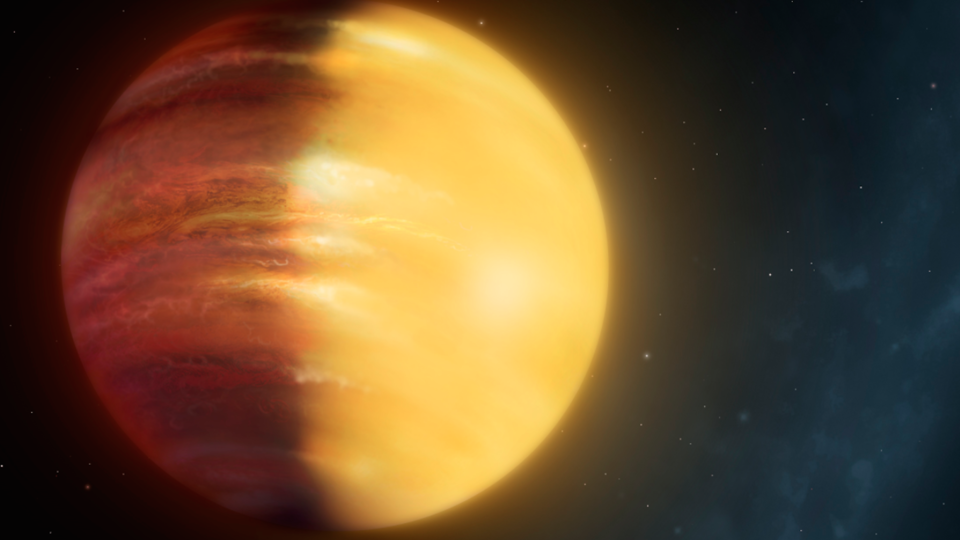 If you’ve ever lost sleep over the state of our solar system and its inhabitants, you can rest a little easier.

Scientists from NASA and the Los Alamos National Laboratory came together for a press conference at the annual American Geophysical Union (AGU) Meeting this week to discuss one of astronomy’s most intriguing topics: What would happen if a potentially hazardous object—like a comet or asteroid—were to come barreling toward Earth?

Joseph Nuth of NASA’s Goddard Space Flight Center described the efforts to track and eradicate comets that might collide with Earth. The first step, of course, is to discover the object. Scientists then must work together to create a plan to observe and intercept the object. An observing spacecraft would play a key role in gaining a better understanding of the shape, size, and orbit of the comet, while an interceptor would be tasked with nudging it out of Earth’s path.

Robert Weaver of Los Alamos National Laboratory (LANL) described two potential ways an interceptor spacecraft could be used to directly impact an asteroid or comet, pushing it slightly off its orbit and out of Earth’s path.

The first option is a kinetic impactor, which acts like a giant cannonball and could be used to push the potentially hazardous object slightly off its orbit and out of Earth’s path.

The second option, a nuclear explosion, could also be used to move an object. In this case, an explosion would be triggered just above the asteroid or comet, in hopes that the force of material being shed from the rock would nudge it slightly off of its orbit and in a more Earth-friendly direction (i.e., heading away from our home planet). Catherine Plesko, also of LANL, described the process: “If we detonate at some height above the object, then it heats the surface, and then the recoil of the vaporized material coming off then pushes it along in its orbit.”

The problem is, according to Nuth, is that it could take up to five years to develop the technology to build and launch the Earth-saving spacecraft that carries these technologies. While innovation is an important tool in the fight against dangerous Earth-bound objects, he infers that the key to saving Earth from a potentially destructive impact is early planning.

But what happens if those efforts fail?

Galen Gisler, another LANL researcher, studies the different angles at which a small asteroid—less than 300 meters (1,000 feet) in diameter—could impact the ocean. At the press conference, Gisler went on to describe the aftermath of objects that strike Earth at an oblique angle; computer simulations reveal that these oblique impactors are not nearly as destructive as objects that impact Earth directly. Gisler’s work also focuses on the potential for an air burst, where an object explodes before it hits the ground, similar to the 2013 Chelyabinsk meteor—the most favorable outcome in an impact scenario.

Another surprising result of Gisler’s findings is that while the impact of a small asteroid in the ocean would certainly make waves—in more ways than one—it would not have the power to produce a devastating tsunami. “The rim wave, in many cases, is several hundred meters high, but because it’s a point source—unlike a tsunami, which is generally a line source—it decays much more rapidly than tsunamis from earthquakes or from landslides.”

The most devastating effect of a small asteroid impact in the ocean? Perhaps an altered climate. According to Gisler, an ocean impact would send water vapor high into the atmosphere, trapping it in the stratosphere, where it could linger as a very effective heat-trapping greenhouse gas. “Water vapor, when it’s in the troposphere, rains out pretty quickly,” said Gisler. “Water vapor in the stratosphere can stay there for a good long time, so you might have climate effects.”

Monitoring the Solar System for these objects is an important job. You can learn about a privately-funded mission in the Academy’s current planetarium show, Incoming! But on a national scale, NASA recently created the Planetary Defense Coordination Office, which is responsible for bringing scientists together to track potentially hazardous asteroids and comets and calculate their potential for smacking into Earth. This is a move that has scientists and Earth-aficionados alike breathing a collective sigh of relief.

“We are very carefully doing our homework before finals week,” said Plesko, “If you look at life like an academic class, we don’t want to be doing our calculations when we know something is coming—to me, that’s finals week.”

It’s comforting to know that these scientists are taking their studies seriously. This is one exam we don’t want to fail. –Jennifer Leman

NASA’s Juno mission has quite a challenging job by design: to teach us about the mysterious environment hidden beneath Jupiter’s clouds and the invisible magnetic shroud wrapped around the gas giant. While the mission has hit a few hiccups, astronomers here on Earth have received and begun to analyze batches of scientific data from its first dive close to Jupiter.

At this week’s AGU meeting, they shared some of these early findings. First and foremost: aurorae. The aurorae of Jupiter dwarf the northern and southern lights of Earth—fitting, since Jupiter is the “king of the planets,” but there is more to it than that. On Earth, our aurorae are very closely linked to the Sun’s activity, but farther away at the fifth planet, the link is less direct—while Jupiter experiences an increase in activity when hit by a surge in the Sun’s solar wind, sometimes there are periods of auroral activity when no solar increases are observed, indicating something else is influencing Jupiter’s aurorae.

Spectrometers onboard Juno have begun analyzing the light both coming from within and reflecting off the surface of Jupiter. This allows scientists to piece together the depth from which the light originates and the chemical composition of Jupiter’s deep atmospheric layers. Results are highly preliminary, but Juno has detected higher than predicted levels of sulphur and methane.

The mission scientists have also found something new and highly energetic—electron beams shooting out of the north and south poles. The “up” beam on both is very powerful but there is a returning “down” beam paired to both that is much weaker. The “down” beam might be what is powering Jupiter’s anomalous aurorae. The beams are thought to be caused by the powerful influence of Jupiter’s prodigious magnetic field.

The Jovian environment is definitely hostile and the data may be difficult to manage, but Juno is offering a glimpse into the exciting and compelling world. –Josh Roberts

Lucy in the Sky with… Rubies and Sapphires?

With apologies to the Beatles.

Peeling away the mysteries of extrasolar planets is no easy task, since these worlds are typically many light years away—not exactly providing an opportunity for hands-on science. Nonetheless, combining various methods of detection, astronomers have revealed a wide diversity of worlds. By carefully measuring the wobble of a star, astronomers can estimate the mass of an accompanying planet. If the planet is oriented just right and can be observed transiting, or crossing in front of its star, timings of the event can yield orbital characteristics and an approximate planetary diameter. From that, scientists can calculate the planet’s density, comparing it with that of water and resulting in a general idea of whether the planet may be gaseous like Jupiter, rocky like Earth, or composed of ice like Europa. Knowing the planet’s distance from its star, astronomers can estimate its surface temperature. Studying the proportion of heavier elements in a host star, scientists can also draw some informed conclusions about the metallicity of any planets formed around it, and to an extent, they've even begun to figure out what gases are contained in the atmospheres of some exoplanets.

In a report published in this week’s Nature Astronomy, some new light has been shed on a planet circling the star GSC 03547-01402, which is so far away that its light takes more than 1,000 years to reach us. Also known as Kepler-2 or HAT-P-7, this star is circled by at least one planet (which we'll refer to as Kepler-2b), discovered in 2008.

Kepler-2b is a “hot Jupiter” about 500 times the mass of Earth and about 15 times its diameter (or about 1.4 times as wide as Jupiter). Bafflingly, it orbits its parent star in the direction opposite the star’s spin, and it was the target of the Hubble Space Telescope’s one-millionth observation in 2011, with which astronomers tried to detect signs of water in the atmosphere. It circles its star every two days at a distance of 5.7 million kilometers (3.5 million miles), or about one-tenth the distance of Mercury from our Sun. This puts it close enough that daytime temperatures reach as high as 2,500°C (4,600°F)—more than hot enough to melt iron and even tougher metals such as titanium and chromium. According to research on a different exoplanet, WASP-12b, these elements may actually exist in the planet’s atmosphere, if the metallicity (elemental composition) of the host star is any indication. Kepler-2b is also tidally locked, meaning that the same side always faces its star. This causes powerful convection at the substellar point (the spot on the planet where the star is directly overhead). As heated gases rise and expand away at high altitudes, the updraft causes an inward flow at lower levels, drawing from cooler regions on the planet's night side and establishing a circulation pattern across the planet's terminator (the line that divides day and night).

Scientists from the University of Warwick’s Astrophysics Group carefully observed bright reflections off the planet’s surface, determining that one appeared to move from one side of the substellar point to the other. Says lead author David Armstrong, “These results show that strong winds circle the planet, transporting clouds from the night side to the dayside. The winds change speed dramatically, leading to huge cloud formations building up then dying away. This is the first detection of weather on a gas giant planet outside the solar system.”

Armstrong’s team suggested that in the temperatures calculated to exist on Kepler-2b, the clouds could contain certain mineral condensates such as corundum, an oxide of aluminum that typically contains traces of iron, titanium, and chromium (remember them?). The third hardest mineral known (after diamond and moissanite), corundum is the stuff that rubies and sapphires are composed of. Another possible condensate named is perovskite, an oxide of calcium and titanium (again, titanium—apologies if you now have that song stuck in your head as I do). Hot winds flowing from the daylit side would cool on the nighttime side, where these minerals could condense out of the atmosphere like dew, coalescing into clouds that are subsequently drawn to the sunlit side by the day-to-night circulation.

The corundum and perovskite condensates were mentioned in the Armstrong group's paper simply as possibilities, but many media outlets sensationalized the idea by stating that the clouds and winds on Kepler-2b were “likely composed of rubies and sapphires,” similar to earlier claims that diamonds were said to rain from the sky of the giant planets in our own solar system.

In April 2017, the Academy’s Benjamin Dean Lecture Series will feature Stephen Kane of San Francisco State University, who will discuss the search for extrasolar planets—particularly those within the habitable zones of their stars, where the temperature on Earthlike bodies may allow liquid water to exist. “The Diversity of Alien Worlds” will be presented in Morrison Planetarium, making use of its newly-renovated display to transport attendees to virtual models of extrasolar planets. –Bing Quock 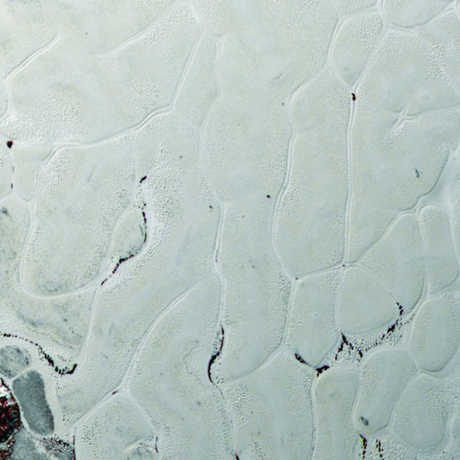 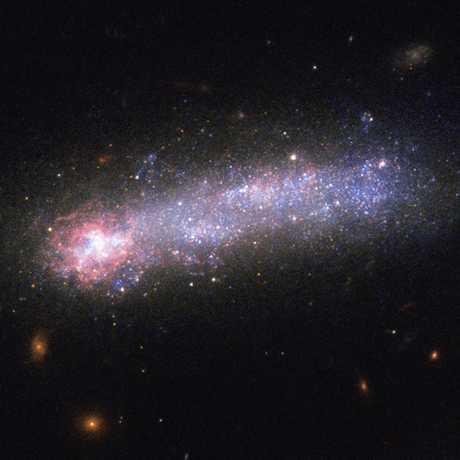 Juno arrives at Jupiter with a LEGO surprise, New Horizons mission is extended into the Kuiper Belt, and more! 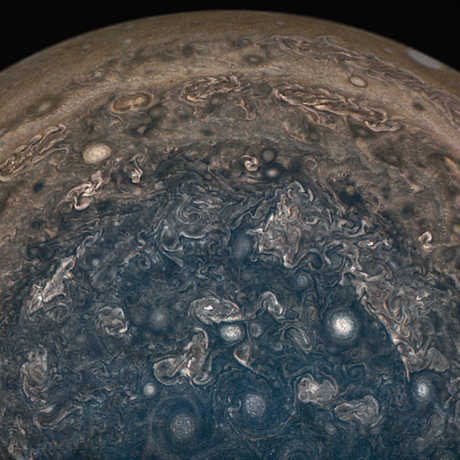 A Change in Plans for Juno

A hardware issue on Juno is limiting its maneuvers, but we'll still see some gorgeous imagery of Jupiter.