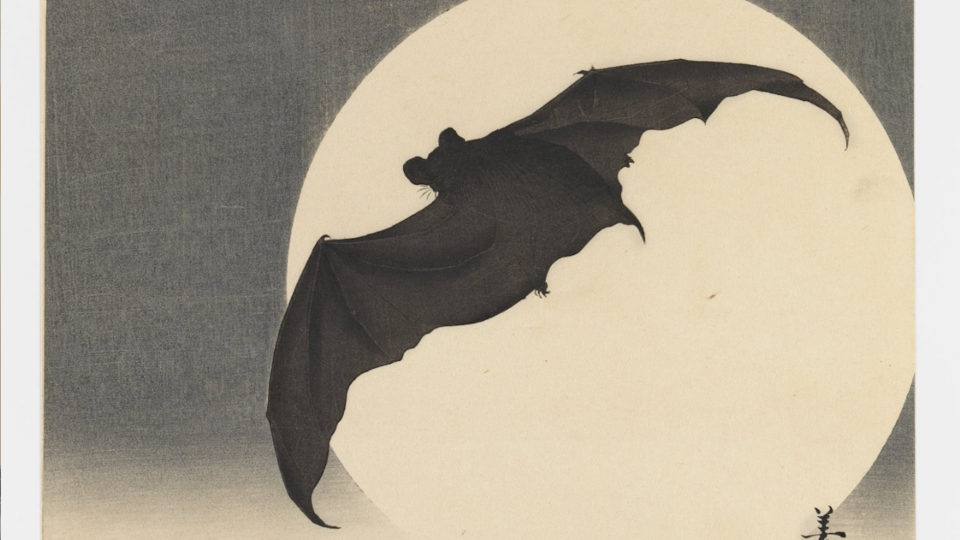 We’re a week away from Halloween, so we thought we’d revisit stories from one of our favorite ghoulish creatures—bats! Enjoy these scary and creepy tales about one of the most unusual mammals on the planet.

Thank your lucky stars you’re not a male túngara frog from Central and South America. As Jami Smith wrote here, Trachops cirrhosus bats not only use the frogs’ mating vocalizations to find the amphibians, but as the frogs call from their watery perches, they also create ripples. The bats can use their echolocation to detect the ripples in the water and target the frog even after he’s finished calling. “When a frog detects the shadow of a bat overhead, his first defense is to stop calling immediately. Unfortunately for the frog, the water ripples created by his call do not also stop immediately. The ripples continue to emanate out for several seconds, creating a watery bull’s-eye on the frog. Bats use the ripples, thereby beating the anti-predator strategy,” says the study’s lead author, Wouter Halfwerk. The frogs are able to jam the echolocation signal by calling from a pond or stream cluttered with leaf litter and debris, so as Smith wrote, “Maybe the túngara frogs’ next evolutionary move will be to start keeping a messy house, for survival’s sake.”

Some of our deepest fears about these winged mammals are not that they’ll suck our blood, but that bats will pass along a novel virus or pathogen to humans that will wipe us out. And while this fear is not unfounded, bats have a neat evolutionary trick—while they carry viruses dangerous to us, the bats themselves are often immune to them. “Bats are a natural reservoir for several lethal viruses, such as Ebola and SARS, but they often don't succumb to disease from these viruses,” says scientist Chris Cowled. What’s more, he explains, “They also live a long time compared to animals similar in size.” Cowled and his colleagues found that this immunity and longevity has to do with the bats’ ability to fly. Flying is a very energy intensive activity that also produces toxic by-products, and bats have developed some novel genes to deal with the toxins, according to their study. Some of these genes are implicated in the development of cancer or the detection and repair of damaged DNA. Lucky bats! (Original post here.)

What is a bat’s biggest fear? “White-nose syndrome, a fuzzy fungus that appears on bats’ snouts and has killed millions of the flying mammals across the continent,” Dan Brady wrote here last year. Researchers took a look at the effects of this fungus, Pseudogymnoascus destructans, on bats’ DNA and discovered that some of the normal immune response of the bats was disrupted in the presence of the fungus during their hibernation. “This is a big problem,” Brady writes. “When mammals hibernate, they rely on innate immunity (the passive kind, such as skin cells, versus adaptive immunity, which is specific to a virus or bacteria) and hypothermia to keep invaders at bay. With P. destructans in the system, the affected bats can’t keep out more deadly infections. Furthermore, when they keep waking up, they can’t conserve the energy they need for the winter.” The good news is that studies such as these might help scientists stop the fungus in the future. 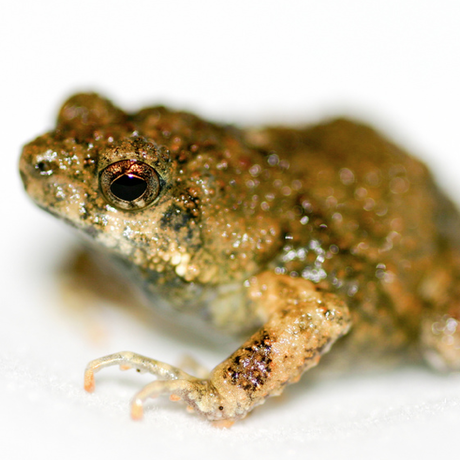 Bats vs Frogs
Bats use ripples in the water to detect their frog prey. 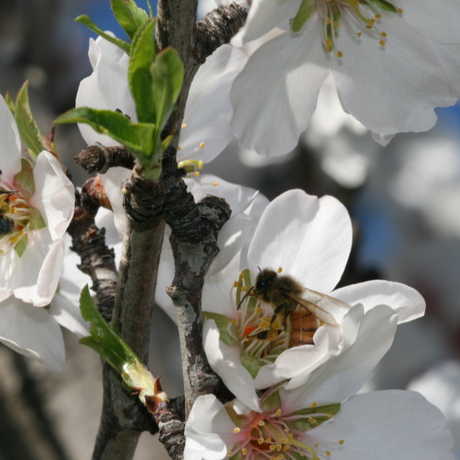 Happy Pollinator Week
Celebrate some of the hardest workers in the natural world! 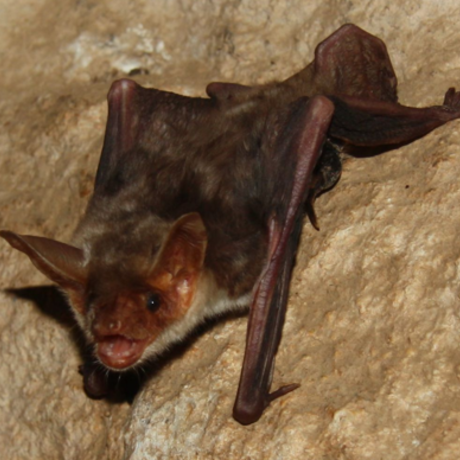 Bat Navigation
How do bats find their way home in the dark?