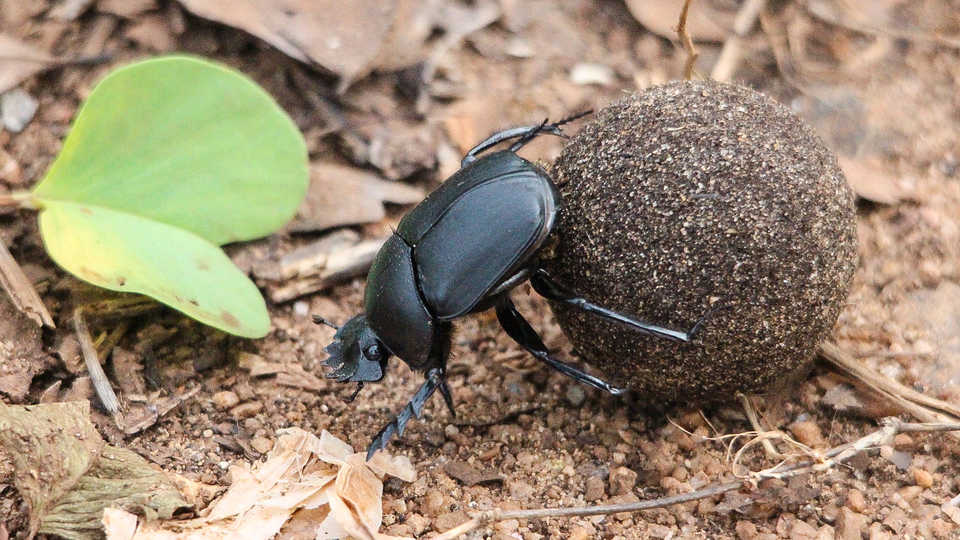 “Dung beetle conservation is vital for the welfare of our farm animals.” Scientist Bryony Sands isn’t just saying this because dung beetles are super cool (they navigate by the stars, dance upon their dung, and roll their mates around), but because it’s true. Sands and her colleagues found that dung beetles reduce the number of parasites in cow dung, limiting the number of parasites within the actual cows.

Sands set out artificial cow patties (made from real dung, just collected somewhere else)—some with dung beetles, some without—added a little water (acting as rain) and watched to see what happened to the surrounding vegetation. At first, there were more parasites found around the cow pies that were colonized by dung beetles as opposed to those without the poop-loving insects. However, after eight weeks fewer parasitic larvae were found around the dung with beetles. This pattern persisted for the rest of the ten-week experiment.

“These beetles may be important in cow welfare,” Sands says, “as cows are severely affected by parasites found in their intestines.”

The team also cautions that using chemical insecticides to kill the parasites could do more harm than good. The cows don’t fully digest the insecticides, and chemicals often remain in the dung. “These pats [cow patties] are toxic to dung beetles, even though these critters may provide natural control against the same parasites the chemicals are fighting. Controlling parasites is expensive, and these beetles could provide a natural way to keep cows worm-free.” Natural and less expensive, too—that’s a win-win for farmers, cows, and beetles alike!

To Sands, there’s nothing dung beetles can’t do, so let’s make sure these coleoptera are around for a long, long time. “The conservation of dung beetles on farmland today is extremely important for their role in dung degradation, nutrient cycling, pasture fertility, and because now we have seen that they can contribute to reducing economically deleterious livestock parasites on farms.” 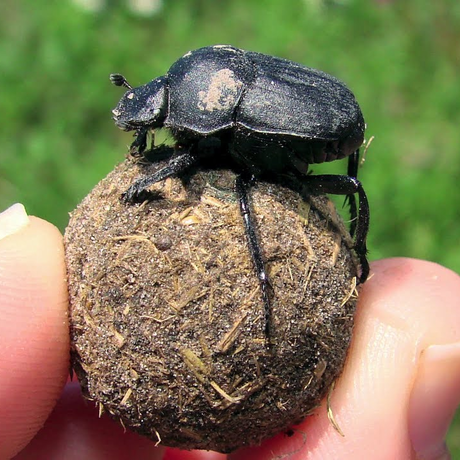 How do dung beetles find their way? They do a little dance. 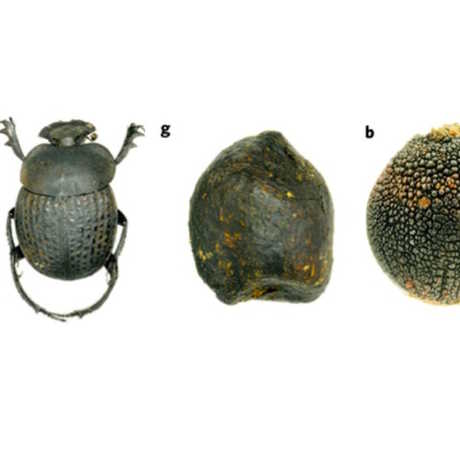 A plant is tricking dung beetles to plant its seeds... 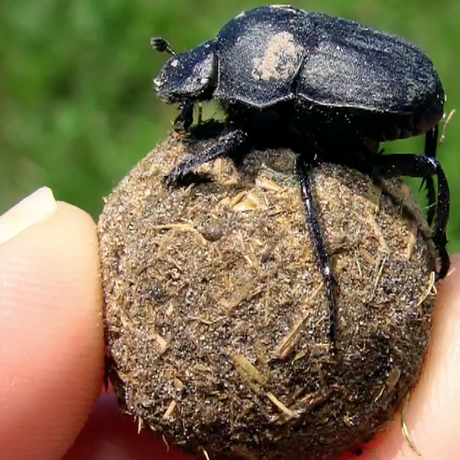 Dung Beetle Directions
How do dung beetles find their way? They do a little dance.