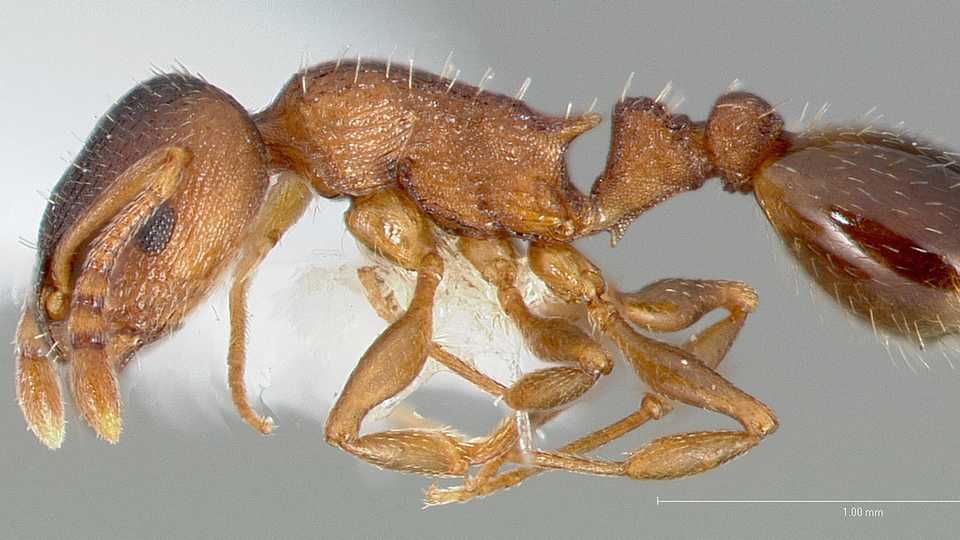 We all know them: a coworker, a friend, a nephew, Homer Simpson. Slackers are everywhere, seemingly enabled by our high-tech culture, encouraged by Netflix and Amazon Prime. It may seem like a burden on human progress, but the concept of laziness extends from top to bottom in the animal kingdom. Unproductive workers even occur in the social insects—from bees to ants to termites.

These species rank as some of the most successful on Earth, given that they inhabit nearly every corner of our planet. Is it possible that not working is an essential task in the division of animal labor? That’s what PhD candidate Daniel Charbonneau and his advisor Anna Dornhaus of the University of Arizona wanted to find out, using ants as their model species. This summer, they published their results in the journal Behavioral Ecology and Sociobiology.

Ant behavior has been studied extensively, and their behavior is well documented, if not completely understood. Charbonneau and Dornhaus note that inactivity, in particular, is “one of the least well understood behaviors that workers engage in,” and while “the literature is filled with reports of [more than] 50% of workers in colonies being inactive across all social insect taxa… the role of inactivity (rest and quiescence) is rarely considered.” What could half an ant colony be doing all day? Everyone seems to have an hypothesis, if no evidence to back it up. Perhaps the ants are extra workers in case of an emergency? No, the hard workers just increase their load when stressed. Are they conserving energy, simply being selfish? Perhaps. One of the best supported answers seems to be that the lazy ants are either too young or too old to work or that these ants act as living food reserves. (It’s not cannibalism—those who played the unpopular 1980s DOS game SimAnt know that fellow worker ants can share liquid food with each other by regurgitation, a common animal behavior called trophallaxis.)

What if the workers are taking turns resting, some working the day shift while others are moving at night? This is what Charbonneau and Dornhaus tested with digital cameras and tiny paint dots to differentiate the workers. As one can imagine, there are great advantages to such divisions of labor, from allowing some workers to rest to ensuring there is continual support to young inside the nest. The two ant specialists watched the ants for five minutes at a time, recording who was working and who wasn’t, for two weeks. They collected a tremendous amount of data on the specialization of worker ants, learning that the most activity was happening in the daytime, similar to other foragers, such as bees, who rely on visual cues for gathering food. While over 70% of the ants took some sort of break, 25% never seemed to be working at all. The ants weren’t taking turns, they were either mostly lazy or mostly hard working.

“At first glance, inactivity may be thought of as the lack of activity and thus may seem trivial,” continue Charbonneau and Dornhaus, although they describe the lazy ants as “specializing” in inactivity. Their hypothesis is that there’s a function to their indolence that hasn’t been well documented yet: “Studies that uniquely focus on active or specialized tasks are studying a biased subsample of the colony’s workers; by excluding inactivity, an entire dimension of task allocation is eliminated.”

Their paper notes that a change in seasons may also bring a change in behavior in the lazy ants. Invoking the scientific definition of “personality,” a “behavior that is consistent through time and across situations,” Charbonneau and Dornhaus note that an individual Temnothorax rugatulus ant from their study can live for years, and the two scientists wonder if the ants are able to change their behavior as the seasons change and the years go by. An ant may mature into a hard-working laborer or retire into senescence, just as humans do. A longer-term study might uncover the mystery of these slacker ants, perhaps revealing their utility to the larger colony, or maybe that they’ve just been mooching all along.