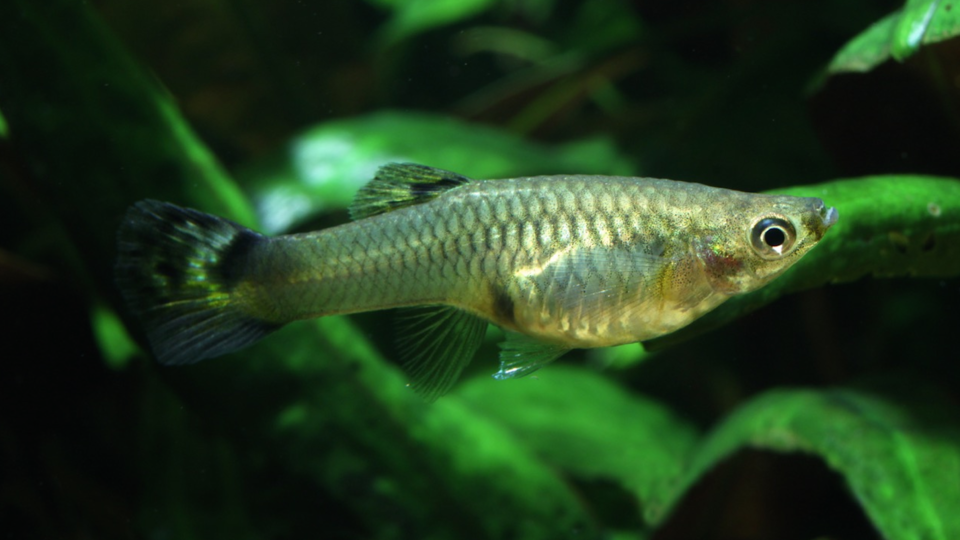 When trying to understand species diversity, there may be no better group to study than the order of freshwater fish known as Cyprinodontiformes. There are about 1,250 species of these small, ray-finned fish, including popular aquarium animals such as guppies, mollies, and killifish. They’ve been on our planet for tens of millions of years and are able to live and adapt to harsh environments. But these fish are also super awesome for two reasons: unlike most fish, some Cyprinodontiform species give birth to live young like mammals do (instead of laying eggs), and other species are annuals like several plants and insects. These fish live in seasonal pools in dry savannahs in Africa and South America, with adults dying as the the lake dries up. But when the next wet season arrives, their buried eggs hatch.

Species that reproduce via live birth (also known as viviparity) account for about 27 percent of Cyprindontiformes, and annuals account for about 25 percent, but both traits could boost species diversity and speciation. So scientists Andrew Helmstetter and Vincent Savolainen decided to investigate each to see if these traits increased diversity in these fish.

The researchers produced a molecular-based evolutionary tree and used it to study the reproductive life-history strategies of the fish over about 70 million years of evolutionary history. They found that each trait (viviparity and annualism) rose independently five times in the Cyprinodontiformes but that annualism did not help or hurt species diversity in the fish. However, giving birth to live young did increase diversity. The team suggests this could be for several reasons. In a publication this week in Nature Communications, they write: “... viviparous females carry fertilized embryos with them. This means that a single, pregnant, viviparous female can colonize a new watershed… the young of viviparous species are also relatively protected from their environment and so may have higher survival rates…”

The researchers point out that these results contrast with previous studies in reptiles, which found that viviparity increased both speciation and extinction rates, with no net effect on diversification. Additionally, although the reverse transition from viviparity to egg laying has occurred during the evolution of reptiles, no such transitions from either viviparity to egg laying or from annualism to multi-year life cycles were found to occur in the fish.

Perhaps it’s due to their fragmented freshwater habitats that viviparity works so well for these fish, the team says. But then again, viviparity is fairly successful across many species. “... the evolution of viviparity can have drastic effects on the distribution of diversity and go far towards explaining why so many species give birth to live young,” the authors write.