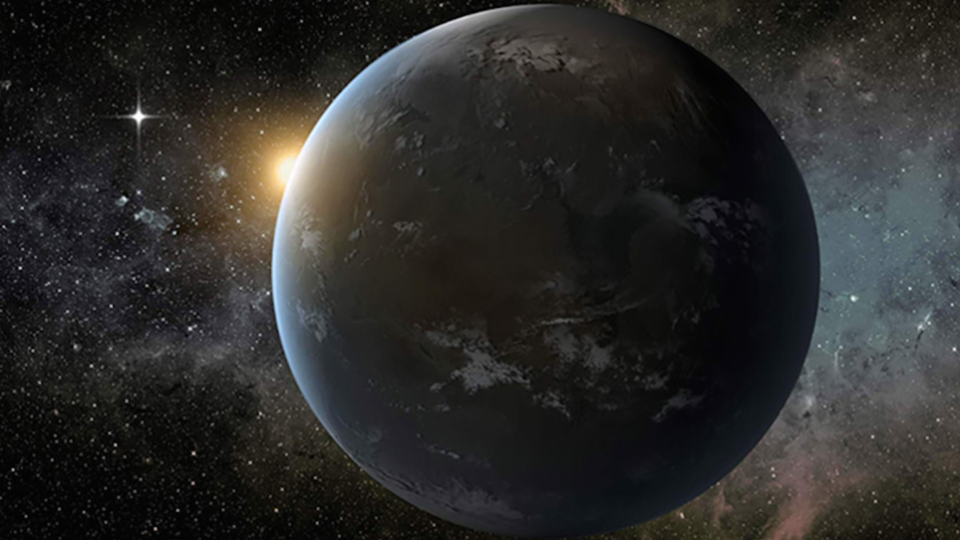 Astronomer Stephen Kane looks for planets. But not just anywhere. When looking at extrasolar systems, he focuses on finding planets in the habitable zone, an area where liquid water could exist on an Earth-ish-sized world. (In fact, he will talk about the habitable zone in-depth in his Dean Lecture on April 3 at Morrison Planetarium.) And recently, he and his team looked at a habitable zone not so far away, in the Wolf 1061 system, 14 light years from our solar system.

One of the three known planets in the system, a rocky world named Wolf 1061c, follows an orbit that lies entirely within the habitable zone. Using observations from the Center for High Angular Resolution Astronomy (CHARA) interferometric array, the researchers were able to measure the star around which the planet orbits to gain a clearer picture of whether life could exist there. Their findings are published in the Astrophysical Journal.

When scientists search for planets that could sustain life, they are basically looking for a planet with nearly identical properties to Earth, Kane says. Like Earth, the planet would have to exist in a sweet spot often referred to as the “Goldilocks zone” where conditions are just right for life. Simply put, the planet can’t be too close or too far from its parent star. A planet that’s too close would be too hot. If it’s too far, it may be too cold and any water would freeze, which is what happens on Mars, Kane adds.

Conversely, when planets warm, a “runaway greenhouse effect” can occur where heat gets trapped in the atmosphere. Scientists believe this is what happened on Earth’s “twin,” Venus. Scientists believe Venus once had oceans, but its proximity to the Sun caused the planet to became so hot that all the water evaporated. Since water vapor is extremely effective in trapping in heat, it made the surface of the planet even hotter. The surface temperature on Venus now reaches a scalding 880°F (471°C).

Since Wolf 1061c is close to the inner edge of the habitable zone, meaning closer to the star, it could be that the planet has an atmosphere that’s more similar to Venus. “It’s close enough to the star where it’s looking suspiciously like a runaway greenhouse,” Kane says.

Kane and his team also observed that unlike Earth, which experiences climatic changes such as an ice age because of slow variations in its orbit around the Sun, Wolf 1061c’s orbit changes at a much faster rate, which could mean the climate there could be quite chaotic. “It could cause the frequency of the planet freezing over or heating up to be quite severe,” Kane says.

So, is life possible on Wolf 1061c? One possibility is that the short time scales over which Wolf 1061c’s orbit changes could be enough that it could actually cool the planet off, Kane explains. But fully understanding what’s happening on the planet’s surface will take more research; luckily the Wolf 1061 system resides in our local interstellar neighborhood, making it ripe for further, detailed study.

“With the new data, the Wolf 1061 system is now one of the best understood planetary systems (apart from our own of course),” he says. “Given that it is so close (a mere 14 light years away) and has a planet in the habitable zone, it is a prime target for further studies of habitability.”

In the coming years, the launch of the new James Webb Space Telescope, the successor to the Hubble Space Telescope, will open up new avenues of exploration, according to Kane—the giant, space-based telescope will be able to detect exoplanets’ atmospheric components and perhaps show what’s happening on the surface. Our neighbor Wolf 1061 will be a prime candidate!