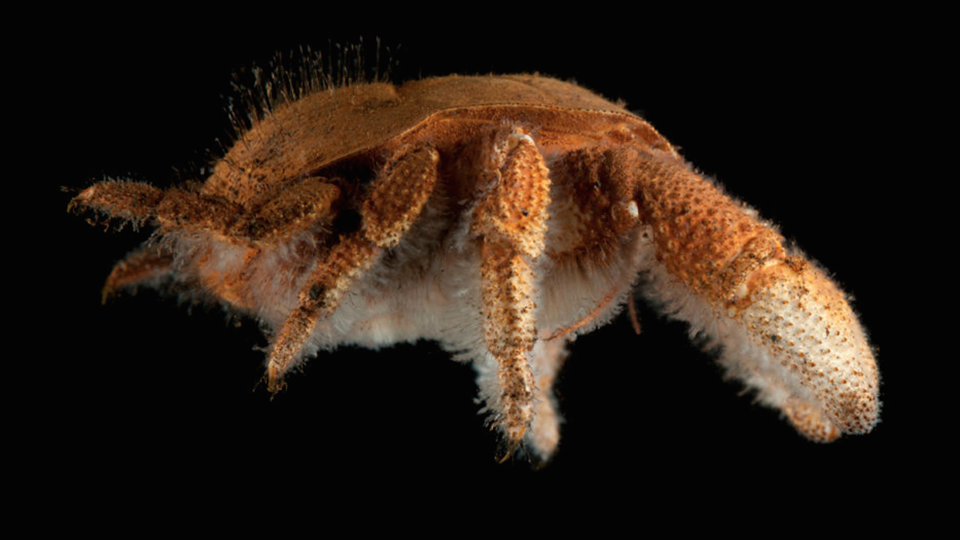 Two years ago, Stanford’s Rob Jackson came to the leadership team here at the California Academy of Sciences and suggested that we highlight the discovery of new species as a collaboration between our two institutions. “Each week there are startling discoveries not just in remote habitats of the Amazon and the deep oceans but in the United States and even here in California—new mammals, birds, fish, plants, and many other groups,” he wrote to our executive director. While Jackson studies Earth sciences and does vital work examining precious groundwater, he realized the importance of publicizing just how much we share our planet with unknown lifeforms and has been researching and writing many of these twice-monthly New Discoveries posts ever since. This is the last week of Science Today, so with this final New Discoveries story, we wanted to give a special shout out to Rob Jackson—so long and thanks for all the new species!

A Plant for Jimi Hendrix

Move over, Ozzy Osbourne; there’s another rock star with an organism named in his honor. Scientists just discovered a new species, Dudleya hendrixii, from Mexico’s Baja California. It’s a succulent, a fleshy-leaved perennial from the family called stonecrops. Mark Dodero, a graduate student at San Diego State University, was listening to Hendrix’s song “Voodoo Child” when he first discovered it. So far, it’s as rare as a first press of Electric Ladyland. Its only known habitat is a few acres on the Colonet Peninsula. The new species is described in a recent volume of the journal Madroño.

A Hydrothermal Vent Full of Life

Two weeks ago, scientists reported finding six new species around a hydrothermal vent 2.8 kilometers (1.7 miles) deep, and 2,000 kilometers (1,200 miles) southeast of Madagascar in the Indian Ocean. These vents can reach temperatures greater than 300℃ (572℉), so their inhabitants are often pretty extreme and closely related across long oceanic distances. The new discoveries include a snail, a hairy-chested Hoff crab (yes, these unfortunate crustaceans are named after Baywatch star and popular-in-Germany recording artist, David Hasselhoff), a limpet, a scaleworm and another type of deep-sea worm. These vents—and others like them around the world—are rich in copper and gold and already are attracting interest for future seafloor mining. “Our results highlight the need to explore other hydrothermal vents in the southwest Indian Ocean and investigate the connectivity of their populations, before any impacts from mineral exploration activities and future deep-sea mining can be assessed,” lead author Jon Copley cautions.

Nine new species of desert bees, from the genus Perdita, are described this week in Zootaxa. The bees are tiny, and two of the species look very similar to ants, though researchers are unsure why. Given their habitat in the Southwest—including the sizzling sand dunes of California's Death Valley—these bees are very challenging to study. Entomologist Zach Portman tracks the insects by watching for their buzzing shadows in the blinding, midday sunlight the bees tend to favor. “Their activity during the hottest part of the day may be a way of avoiding predators,” he says. The new bees perform important roles in the desert ecosystem, Portman continues, pollinating plants known as crinklemats.

And, as has been reported elsewhere, Academy scientists discovered and described 133 species in 2016. We’re producing a video about many of those discoveries and discoverers. Look for it next month on the Academy’s YouTube channel.