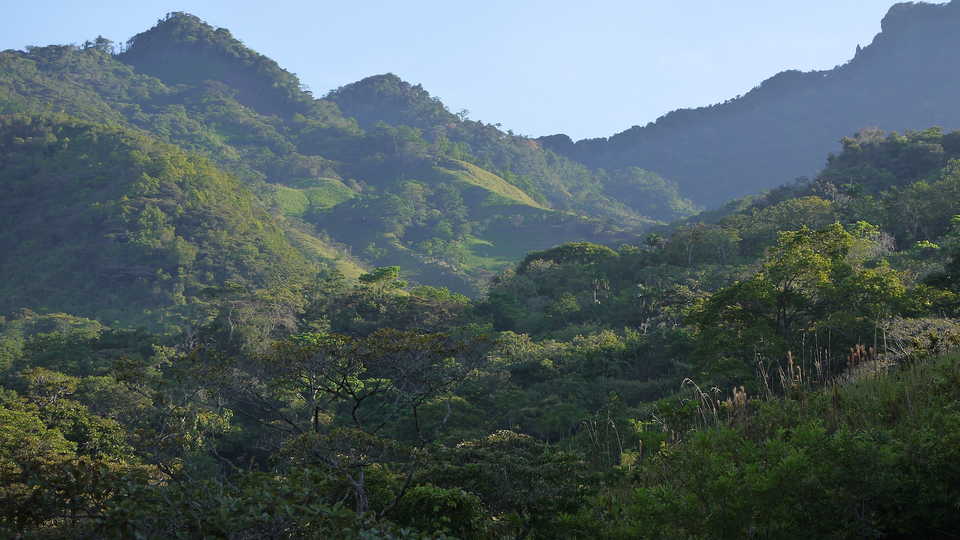 Last week we looked at how scientific data can go a long way in helping local people protect their livelihoods, communities, and marine ecosystems in Honduras; today, we’ll apply that same practice to forested and previously forested lands in Panama. Scientists and conservationists are reaching out to farmers and ranchers to provide them with better data and to recommend better practices for improved yields and a healthier environment.

At last month’s American Association for the Advancement of Science (AAAS) Annual Meeting, two researchers shared their results working in the western edge of Panama, in the watershed of the incredibly important Panama Canal. The land there is used in many ways, explained the Smithsonian’s Jefferson Hall, and contains native forests, commercial forests, grassland, pasture, and plantations—and shows increasing urbanization. He wondered how land use affected water availability. The region has experienced years without enough water (1997, 1998, 2013, and 2015) and years of record floods (2010 most recently). Not only do the people rely on water for daily life, farming and ranching, but the canal, with 14,000 ships traversing it each year, also relies on freshwater. In addition, hydroelectricity is a big source of energy for Panama.

Hall hypothesized that forested areas could hold onto water, keeping and releasing it during drier seasons. “Is the forest a sponge?” he asked. Not surprisingly, he found that forested lands worked better to regulate peak flows of water, absorbing much of it. And deforested areas had greater problems with runoff.

He said the area needs smart reforestation and land management—where ecosystem services are produced across the landscape—for both the natural world and the humans that share it. And Hall believes a little education about this can go a long way for both the leaders and stakeholders in the area.

In fact, Eva Garen of the Yale School of Forestry and Environmental Studies has found this to be profoundly true. As director of the Environmental Leadership and Training Initiative (ELTI),

she connects farmers, ranchers, miners, and others with scientists working in tropical forests in Central and South America and Asia, providing training and mentorship so that these local people can understand how their actions influence the forests around them. The success they’ve had is remarkable. Using Panamanian farmers and ranchers as an example, many of the locals can see the benefits in terms of yields when they learn what the forest provides them, and begin using more sustainable practices. ELTI starts by providing a six-day training session with scientists such as Hall, who shares his knowledge about forests and limited water resources, and then provides follow up and further post-training support. Garen’s team has helped Panama ELTI alumni build cooperatives to make their voices stronger, and these farmers and ranchers have made a demonstrable difference, improving the health of the forest.

With this work in Panama and Honduras (as reported last week), science is taking a new direction toward making a change in the natural world. “As scientists, we receive a pat on back when we publish a paper,” Hall said, “but we’re trying to do better than that. We have to work together to get this science into policy- and decision-making.”