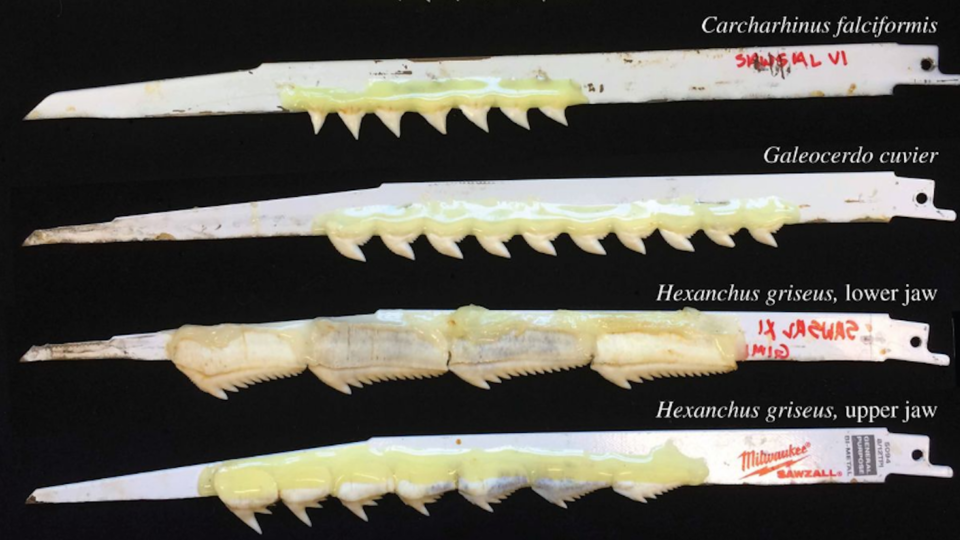 Scientists from the University of Washington (UW) had some questions about sharks’ most identifying feature: their fearsome teeth. Namely, why are individual species’ teeth shaped so differently? There are more than 400 species of sharks, each with a unique tooth shape. Why? And how does shape relate to performance when attacking prey?

Previous research found minimal relationship between shape and performance when looking at puncture and force through tissue. But UW scientists noticed a gap in the research. “When you have all these different tooth shapes, there should be some functional reason. That issue was fundamentally troubling to me,” says team leader Adam Summers. “It seemed likely what we were missing is that sharks move when they eat.”

Sharks shake their heads rapidly when they bite their prey, so the researchers knew that evaluating how teeth perform while in a side-to-side motion was critical. Summers and his colleagues “designed a testing system to quantify performance of shark teeth as cutting implements under biologically relevant dynamic testing conditions,” they write in the journal Royal Society Open Science.

“We asked ourselves, how do we safely and effectively move these teeth back and forth quickly? The quick and dirty way was, glue them onto a power saw,” says study co-author Stacy Farina. “It was a simple solution to a complicated problem.”

That’s right, with a trip to the hardware store, the team purchased 12-inch saw blades, quick-setting epoxy, and a reciprocating saw. They then glued shark teeth to the blades. The teeth include those from the silky shark (Carcharhinus falciformis), sandbar shark (Carcharhinus plumbeus), tiger shark (Galeocerdo cuvier), and sixgill shark (Hexanchus griseus), removed from dried or frozen jaws or retrieved as loose teeth. They then cut through thick slices of Alaska chum salmon at a speed that mimicked the velocity of head-shaking as a shark devours its prey.

“Sure enough, when we cut through salmon, different teeth cut differently,” Summers says. “We found a way to distinguish between this huge morphological difference we see among shark teeth in nature.”

When tissue is punctured and twisted side-to-side as prey is during a shark attack, the prey’s tissue doesn’t always behave the same way. The scientists say that it is not unlike a child’s Silly Putty that will stretch into a long, stringy piece when slowly pulled apart, but break in two when yanked at a much faster speed.

The researchers also noticed that some species’ teeth dulled more quickly than others. The teeth belonging to tiger, sandbar, and silky sharks dulled after only several passes of the saw blade over tissue, meaning that it’s possible these sharks in the wild must replace their teeth every time they kill prey. While teeth from the sixgill shark didn’t cut as well, they also didn’t dull as quickly as the other teeth.

“There’s this tradeoff between sharpness and longevity of the tooth edge,” Summers explains. “It looks like some sharks must replace their teeth more often, giving them a consistently sharp tool.”

This might shed light on the feeding patterns of different sharks, the authors explain. For example, sixgill sharks with duller, longer-lasting teeth might be swallowing their prey whole. Tiger sharks that eat a larger range of prey such as sea turtles, dugongs and seabirds usually bite their prey to pieces before eating it and would need sharper teeth to puncture a sea turtle’s rigid shell, for example.

The scientists believe this is the first study of its kind for mimicking how sharks hunt and kill. It probably beats some of the alternative methods (such as in-water investigations). That said, don’t try this shark tooth saw at home! 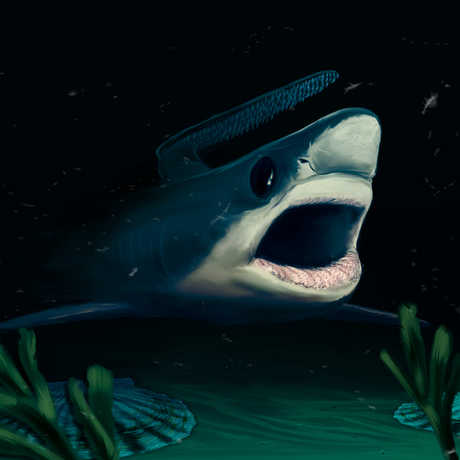 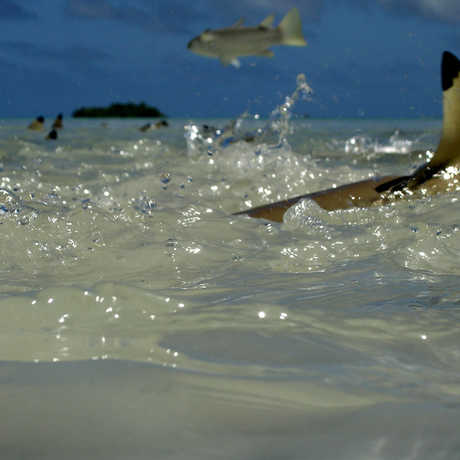 Inspired to Study Sharks
We catch up with shark researcher Paul Clerkin, inspired by and star of Shark Week.
image-standard 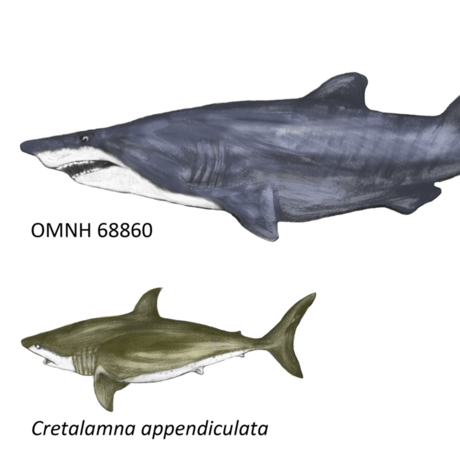 Scientists tackle identifying an ancient shark with only a few fossil vertebrae.