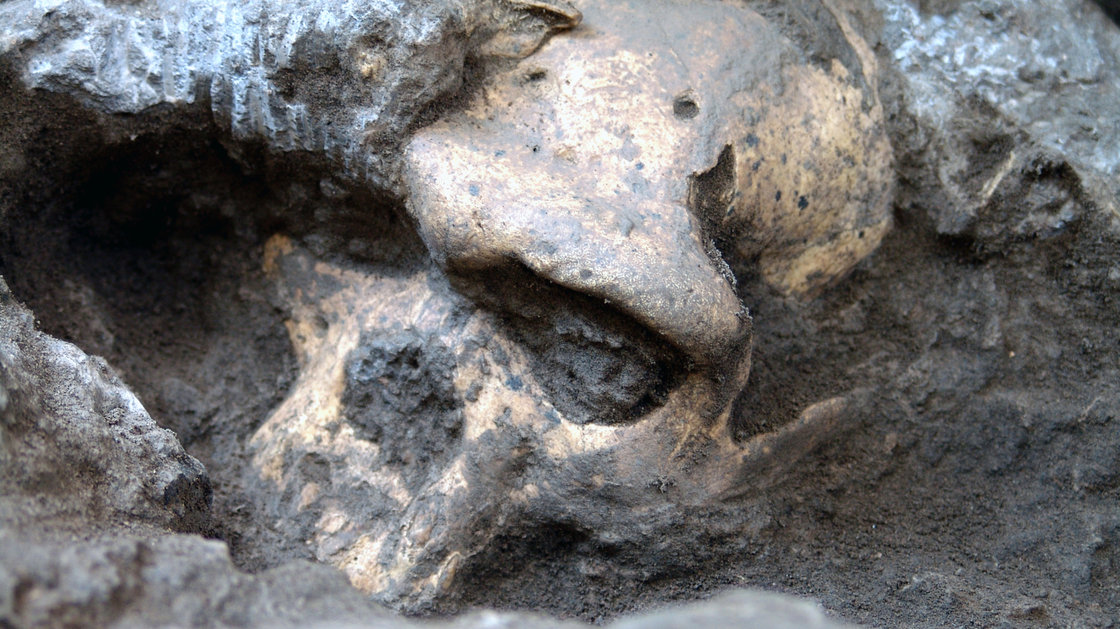 The discovery of a very complete skull in Dmanisi, Georgia is shaking up the human family tree.

Last week in Science, researchers reported finding a Homo skull with both an intact cranium and mandible (lower jaw). A finding so complete is quite rare, and this particular specimen displays characters and features that challenge what we know about a few of our human ancestors.

The skull is about 1.8 million years old and was discovered where four less-intact skulls were previously found. That makes it approximately the same age as other Homo erectus specimens, but the features vary from what scientists know of this species.

“The study implies that variability in Homo erectus was common, similar to chimpanzees and Homo sapiens today,” says Academy paleoanthropologist Zeray Alemseged. “Because we see a huge variability today in different human populations, there’s no surprise that there was variability in African and European and Asian populations millions of years ago.”

He has a hard time lumping the other two species with H. erectus, however. “Homo habilis has different post-cranial elements that these guys don’t have,” he says. “I don’t believe the authors demonstrated the criteria of more primitive features of H. habilis and H. rudolfensis in the new paper.”

Alemseged says that while the researchers looked at and compared the overall shape and form of Homo skulls, they did not capture the subtleties that differentiate the species. “They’re not wrong, they’re just halfway through,” he concludes. “The discovery is an astonishing find.”