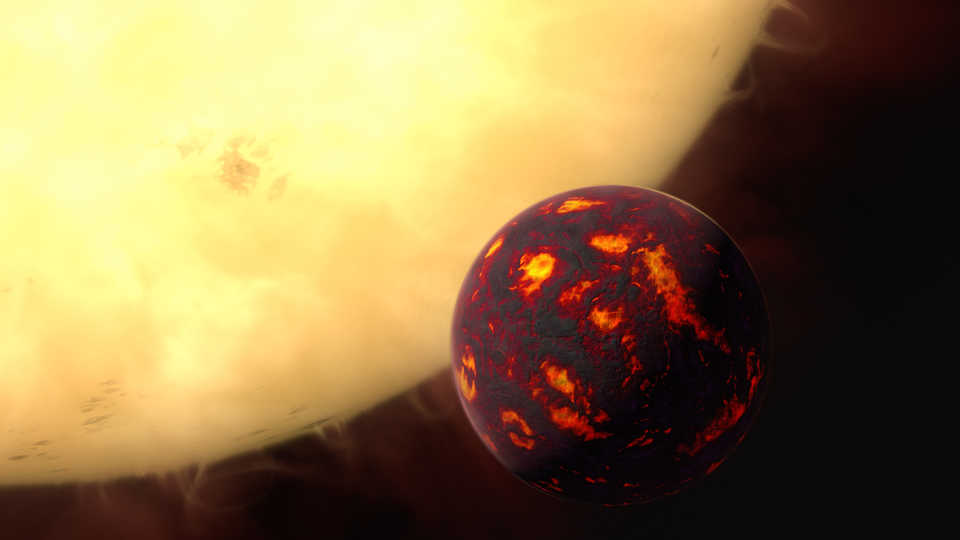 The Origins of Chelyabinsk

“Three years have passed since the Chelyabinsk great scare and during this time more than two hundred research papers—50 in the last year—related directly or indirectly to the 19-meter (62-foot) wide Chelyabinsk superbolide have been published in scientific peer-review journals,” explains Spanish astrodynamicist Carlos de la Fuente Marcos. Despite the number of publications, scientists still debate where the infamous meteor seen streaking—and then exploding—over the Russian city came from. De la Fuente Marcos and his colleagues are in the middle of the debate, having recently published two papers (here and here) on the subject.

The images and scientific data compiled during the event traced the atmospheric entry trajectory of the meteoroid (it became a meteor when it entered Earth’s atmosphere). When it exploded at a height of 20 kilometers above Earth’s surface, it released about 500 kilotons of energy, approximately thirty times the yield of the Hiroshima nuclear bomb. The energy created a shockwave that caused damage out to a distance of 120 kilometers (75 miles), breaking the windows—and even the window frames in some cases—of hundreds of buildings and injuring 1,491 people, mainly due to cuts inflicted by shattered and broken glass.

Interestingly, the impact occurred the same day as another asteroid, 367943 Duende flew past Earth. Initially, it was thought that both events could be related and that the Chelyabinsk superbolide came from asteroid Duende itself or from a companion of this object. However, early observations indicated that the two objects were completely independent and unrelated. Their arrivals were a mere (albeit highly unusual) coincidence.

The next candidate ruled out was Asteroid (86039) 1999 NC43, when “it became clear that the Chelyabinsk impactor and 1999 NC43 were not part of the same object; from a dynamical and compositional point of view the relationship between both objects is too weak,” explains de la Fuente Marcos. He and his team have suggested 2011 EO40 as a good dynamical relative of the parent body of the Chelyabinsk superbolide, although there is no spectroscopic evidence linking 2011 EO40 to Chelyabinsk—at least not yet.

The fact is after billions of simulations and a detailed statistical analysis, the main obstacle that prevents researchers from obtaining the correct orbit of the parent body of the Chelyabinsk superbolide is in the controversial value of its geocentric velocity at impact, leading to slightly different pre-impact orbits. “Having two very similar orbits today does not imply that these orbits were also similar in the remote past,” de la Fuente Marcos says.

What we do know, is that—lucky for us—events such as Chelyabinsk occur very rarely (on human timelines at least). Impacts of meteoroids with an energy yield similar to that of Chelyabinsk happen only a few times per century, and so close to a city as populated as Chelyabinsk, only once every 10,000 years.

But starting March 11, it will happen every day in the Academy’s Morrison Planetarium! A re-creation of the Chelyabinsk takes center stage in the planetarium’s upcoming show, Incoming! –Molly Michelson

An Ocean on Charon?

Although the flyby of Pluto and its large moon Charon occurred over seven months ago, data continue to stream back from the spacecraft, and new discoveries are taking place all the time. This week, hints of an ancient subsurface ocean on Charon.

An image from the the Long-Range Reconnaissance Imager (LORRI) on New Horizons displays a portion of Serenity Chasma, part of a vast equatorial belt of canyons on Charon. Four times as long and deep as the Grand Canyon, scientists say the massive chasm was likely created by an ancient ocean freezing long ago.

The outer layer of Charon is primarily water ice. This layer was kept warm when Charon was young by heat released as radioactive elements decayed, as well as heat leftover from Charon’s formation. Scientists say Charon could have been warm enough to cause the water ice to melt deep down, creating a subsurface ocean. But as Charon cooled over time, this ocean would have frozen and expanded (as happens when water freezes), lifting the outermost layers of the moon and producing the massive chasms we see today.

Last year, the International Astronomical Union opened voting on the naming of 32 exoplanets and several stars to the public. One of the candidates for naming was the star 55 Cancri, located about 40 light years away in the constellation Cancer the Crab. Now known as Copernicus, this star is orbited by five of the newly-named planets—Galileo, Brahe, Lipperhey, Janssen, and Harriot—all the names of historical astronomers, proposed by the Royal Netherlands Association for Meteorology and Astronomy.

Janssen—formerly 55 Cancri e—the innermost world circling Copernicus, is a super-Earth with about eight times the mass of our world, falling between Earth and Neptune in size (in fact, some super-Earths may resemble mini-Neptunes). Although there are no examples within our own solar system, super-Earths appear to be the most common type of extrasolar planet in the galaxy. Janssen orbits its star once every 18 hours at a distance of 1.9 to 2.7 million kilometers (1.2 to 1.7 million miles)—less than two percent the distance from Earth to the Sun. This means the planet is subjected to temperatures as high as 2000°C (3600°F).

A few years ago, some investigators proposed that the planet’s density seemed to indicate that it could be composed of iron and silicates. This was based on Earthlike models that contained a good amount of oxygen in their makeup. On the other hand, an alternative model that also fit the data suggested that the planet shares the same general composition as its star, which is reportedly rich in carbon rather than oxygen. A team of researchers from Yale University and the Centre National de la Recherche Scientifique in France speculated that the planet might contain as much as one-third carbon—and further, that due to the high temperature and pressures inside the planet, the carbon might be found in its purest forms, from graphite to diamond.

However, later observations indicated that Janssen may be a bit less carbon-rich than initially thought.

Most recently, astronomers using the Hubble Space Telescope studied Janssen and succeeded in making the first direct detection and spectroscopic analysis of a super-Earth’s atmosphere, a surprise in this case, since the planet lies close to its star (so close that it orbits the Sun-like star once every 18 hours). The team detected no water, but analysis revealed the spectroscopic signatures of hydrogen and helium, possibly retained from the gaseous disk from which the planet originally formed. Observations also hinted at the presence of hydrogen cyanide, which fits computational models of a carbon-rich atmosphere.

Although further study is needed before these findings can be confirmed, planet Janssen may have lost its diamond-like shine but made up for it in terms of atmosphere. –Bing Quock