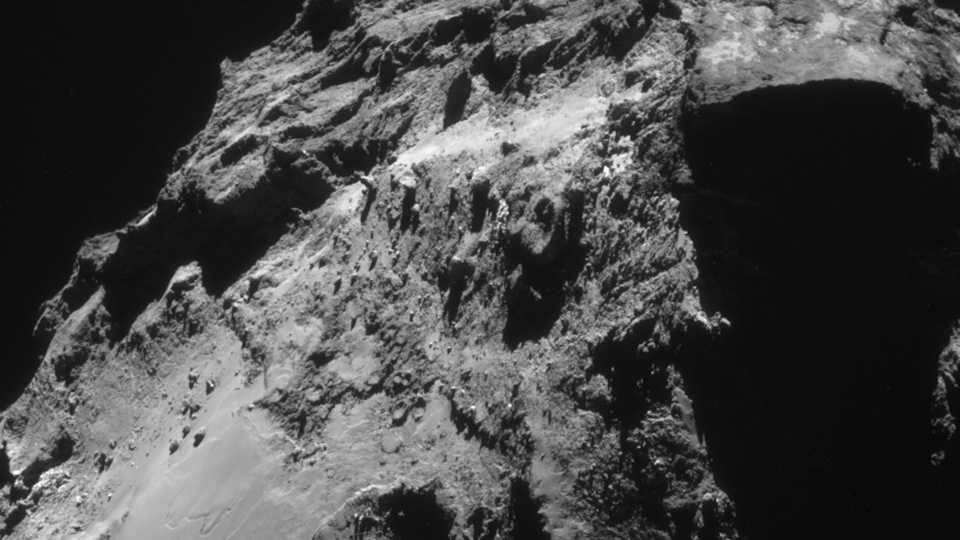 “No one should carry an umbrella just because the Moon is rising,” says the University of Washington’s Tsubasa Kohyama. Nonetheless, in their study published this week in Geophysical Research Letters, he and his colleague John Michael Wallace have found that the Moon’s phases do affect rainfall, but only slightly.

The two studied 15 years of data collected by NASA and the Japan Aerospace Exploration Agency’s Tropical Rainfall Measuring Mission (TRMM) satellite from 1998 to 2012 to show that the rain is indeed slightly lighter when the Moon is high. The change is only about 1 percent of the total rainfall variation, though, so not enough to affect other aspects of the weather or for people to notice the difference.

Here’s what’s going on: When the moon is overhead, its gravity causes Earth’s atmosphere to bulge toward it, so the pressure or weight of the atmosphere on that side of the planet goes up. Higher pressure increases the temperature of air parcels below. Since warmer air can hold more moisture, the same air parcels are now farther from their moisture capacity. “It’s like the container becomes larger at higher pressure,” Kohyama says, preventing some rain to fall.

Wallace plans to continue exploring the topic to see whether certain categories of rain, like heavy downpours, are more susceptible to the phases of the Moon, and whether the frequency of rainstorms shows any lunar connection.

Seeing inside a Fluffy Comet

The Rosetta spacecraft has orbited the comet 67P/Churyumov–Gerasimenko (we like to call it “Churi”) since August 2014. Among the mission’s earliest discoveries was Churi’s distinctive “rubber ducky” appearance, with two asymmetric lobes connected by a narrow neck. It turns out that Churi’s unexpected shape may have helped the Rosetta team make an unanticipated discovery.

Planetary scientists are very interested in the interior structure of—well, just about anything from gas giants to terrestrial planets to moons, but comets, too. For some time, we’ve known that comets consist of some mixture of ice and rock, and previous measurements have shown that the average density of comets is about one- to two-thirds that of water (between about 0.3 and 0.6 grams per cubic centimeter, to be precise), which is far less dense than either ice or rock. So what’s going on?

Comets must be quite porous. But there are many ways to be porous if you’re the size of a comet. Perhaps the aggregation of rock and ice takes on a rather “fluffy” form, with loosely packed grains, or maybe the comet has giant caverns inside that reduce its overall density.

The Rosetta team wanted to test the latter hypothesis. If Churi has subsurface caverns, then Rosetta’s orbit around the comet would be influenced by a more complex gravitational field than if Churi’s mass is more evenly distributed. A tricky measurement to make, since it requires tracking tiny accelerations and decelerations of the spacecraft as it orbits the comet.

The good news? We have a way to do that, looking at the Doppler shift of radio signals Rosetta broadcasts back to Earth! The bad news? Original estimates showed that Rosetta would have to orbit closer than 10 kilometers (six miles) to make the measurement, and for the safety of the spacecraft, it typically stays much farther away from the comet.

But those original estimates assumed that Churi was spherical. (A common practice among physicists, who even joke about spherical cows.) Because of the comet’s “rubber ducky” shape, the gravitational effects of large caverns beneath its surface would be much more noticeable.

And the Rosetta result? No caverns. It seems that Churi is a fluffy comet, with its low density (about 0.5 grams per cubic centimeter, by the way, a little more than half the density of water ice) relatively evenly distributed throughout. –Ryan Wyatt

Jupiter may have played a role in allowing life on Earth to develop, just not in the way many previously thought.

There are a lot of factors that go into creating—and sustaining—a habitable planet. In 1994, George Wetherill proposed that one of Earth’s big advantages was assistance from the gas giant Jupiter. The second largest object in the Solar System (after the Sun of course) could have played a role in protecting life here on Earth acting as a shield—its tremendous gravity deflecting incoming comets from the outer Solar System and preventing cataclysmic collisions with our home planet which could have interrupted or extinguished life in the distant past (and wouldn’t too great for human life now).

But a new study released in Astrobiology this week proposes something different. Jupiter may have helped foster life on Earth in the exact opposite way—by flinging short-range comets filled with essential volatile materials toward Earth.

Kevin Grazier of NASA/JPL and his team conducted a simulation of tens of thousands of particles and small objects in between all four gas giant planets over 100 million years. He found that, rather than deflecting most comets outwards, Jupiter and Saturn together hurled “a significant fraction” small bodies into the inner Solar System, increasing the odds of an inner planet collision.

Some of these comets, containing water, carbon-based molecules, and other volatiles then impacted Earth, supplying our planet with ingredients necessary for living organisms that would have been in short supply otherwise.

The concept of materials essential to life being delivered via asteroids and comets is explored in the Academy’s new planetarium show, Incoming!, premiering March 11, 2016, at Morrison Planetarium. (A new, live Hohfeld Hall program, “Galaxy of Worlds,” describing our current understanding of planet formation, will also premiere the same day.) –Elise Ricard

Astronomers at the Pontifical Catholic University in Santiago, Chile, have announced the discovery of what is being described as the largest rocky planet yet found. Discovered last year by NASA’s planet-finding Kepler Space Telescope, BD+20594b is located in the constellation Aries the Ram, orbiting a star so far away that its light takes about 500 years to reach Earth—a distance thus referred to as 500 light years.

Kepler spots planets by detecting periodic dips in the star’s light as orbiting planets pass directly between the stars and Earth. Timing of the dips seen in BD+20594’s light indicated an object orbiting its star every 42 days with a diameter about twice that of Earth.

Further studies with the European Southern Observatory’s High Accuracy Radial Velocity Planetary Search (HARPS) spectrometer enabled astronomers to measure the amount of wobble induced by the object on the star. This helps determine the mass of the object, and from the diameter, the volume can be calculated. Knowing the mass and volume, just add some math, and voilà! You have the object’s density. In this case, BD+20594b is thought to have a density around eight times denser than water—that is, about eight grams per cubic centimeter, compared to Earth’s 5.5 grams per cubic centimeter. This leads scientists to conclude that the planet is 100% rocky in composition, all the way down to the core.

Initially expected to be a gaseous planet like Neptune, BD+20594b is now thought to be the largest solid rock known, surpassing even Kepler 10c, a rocky “mega-Earth” that was discovered in 2014, but whose size and mass have since been downgraded, making BD+20594b the new heavyweight champ of the rocky, Earth-like exoplanets. –Bing Quock