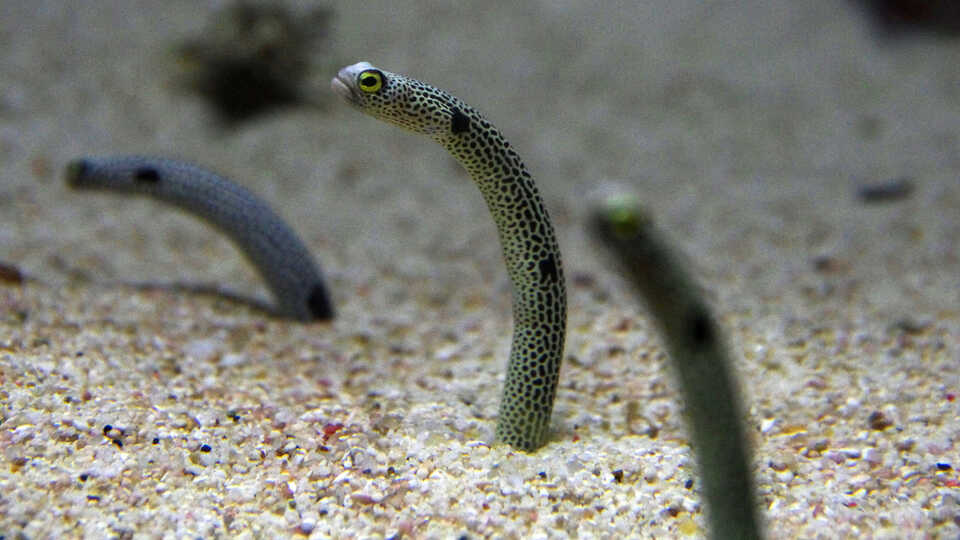 While diving in tropical waters, you may come across what appears to be a bed of seagrass gently moving with the current. But look more closely—you may actually be swimming among a colony of spotted garden eels (Heteroconger hassi), slim and straw-like fish often mistaken for plants, which live the majority of their lives partially embedded in the sea floor. One of many species in the subfamily Heterocongrinae, spotted garden eels live in areas with strong currents, where they sway together in large groups, feeding on passing zooplankton; there can be hundreds to thousands of eels in a single colony.

Garden eels may be small compared to other eel species (only half an inch in diameter), but what they lack in size, they make up for in muscle. H. hassi uses its stiff, muscular tail to dig into the sandy seafloor, then secretes a slimy mucus that acts like cement to keep its burrow from caving in. When alarmed, garden eels withdraw tail-first into the holes they’ve created in order to avoid predators. Shy and cautious, they will slowly extend their heads out of the burrow once the danger has passed.

Spotted garden eels are widely distributed from the Indo-Pacific and northwestern Australia to the Red Sea and East Africa and are found in waters as deep as 150 feet. Colonies are usually found on sandy flats and slopes bordering coral reefs, sometimes living among seagrass for extra camouflage.

Garden eels will generally only leave their original burrows to move closer to mates during spawning season. If two males end up too close to one another, they may fight over territory and nearby females. While mating, garden eels entwine their upper halves together, their tails remaining in their individual burrows. Two eels can stay this way for hours during a single mating event. Garden eels are pelagic spawners; they release fertilized eggs into the open water, which then float near the surface with the current. When the eggs hatch, the juvenile garden eels swim freely until they grow large enough to create their own burrows.

A garden eel’s best defense is a quick retreat into its burrow, but some of its predators, including the snake eel and the trigger fish, have developed creative ways of reaching their prey. Snake eels are known to create burrows directly below garden eels before attacking them tail-first, while triggerfish might simply use brute force to dive into the sand and snatch the eel from its hole. 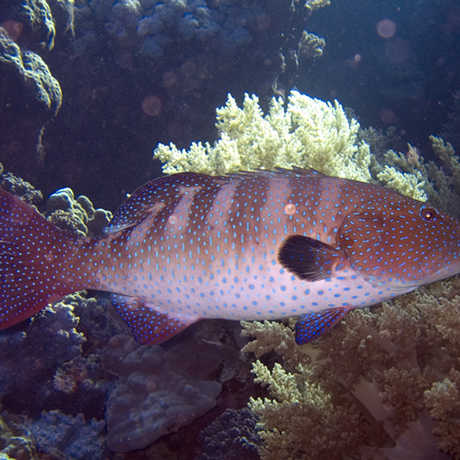 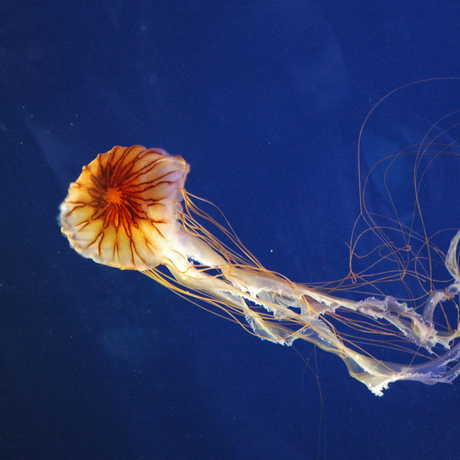 Swimming Secrets
How are jellyfish and lamprey eels so efficient at moving through the water?
image-standard 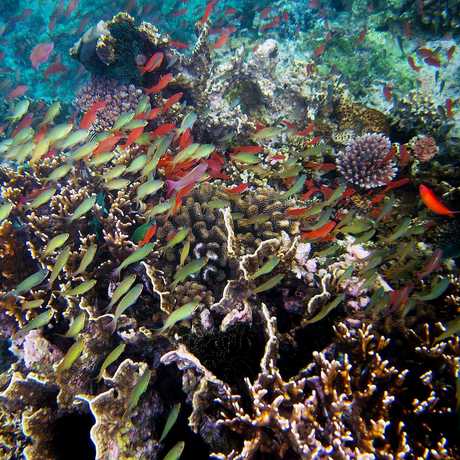 2014 Philippine Biodiversity Expedition
Read reports from a team of scientists exploring the breathtaking biodiversity of the Coral Triangle.

Surround yourself with eels in the Children's Eel Garden—part of the Philippine Coral Reef exhibit in Steinhart Aquarium. 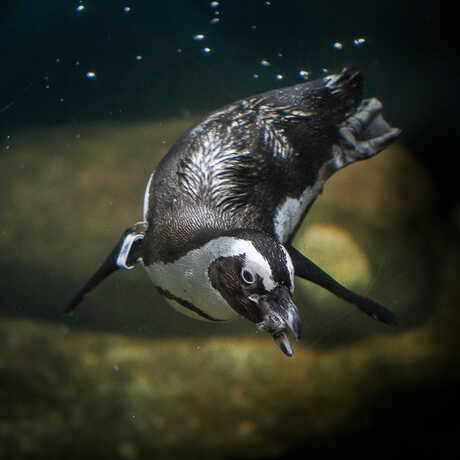