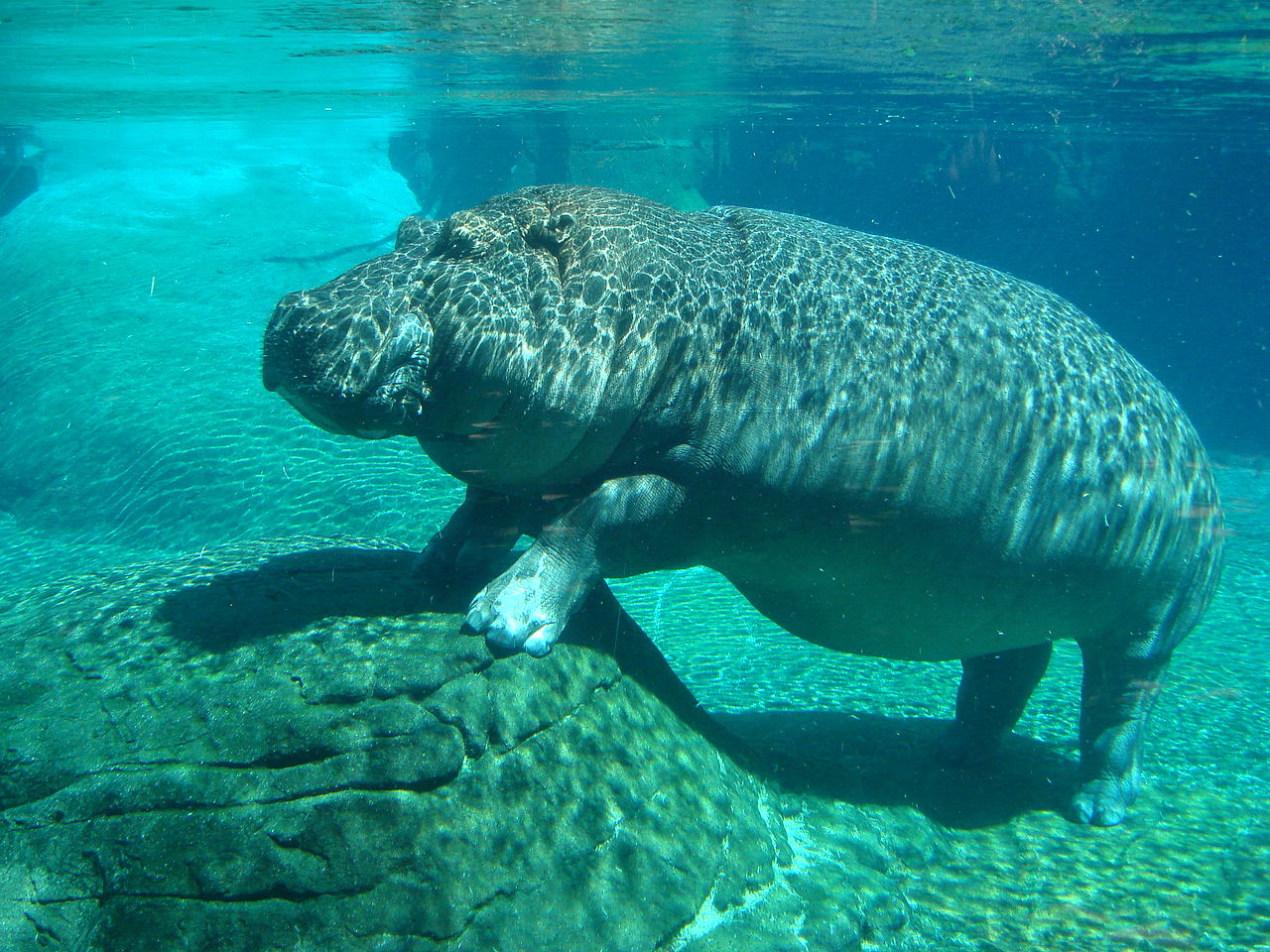 Hippopotamuses are one of the largest terrestrial mammals on Earth. As they move on land they aren’t the most graceful of animals. That changes pretty dramatically when they're in the water, however. Then it's easier to understand how it is that their closest living relatives are cetaceans (whales and the like).

The scientists weren’t simply studying the underwater grace of these large mammals—they were actually trying to solve a mystery. Recent excavations at a popular fossil site in Kenya revealed 240 prints and the researchers had a hunch that these tracks, made in the silt layers forming the bed of a shallow pool, belonged to juveniles of the extinct species Hippopotamus gorgops or the pygmy Hippopotamus aethiopicus. Their observations of live hippopotamuses confirmed it.

The team not only describes the first tracks ever recorded by hippos—it also is the earliest record of swimming mammals. The Turkana Basin is a treasure trove of fossils, many of them early humans, and the scientists note that this discovery is only some 70 meters (230 feet) from previously recorded hominin tracks, displaying much about our ancestors’ environment 1.4 million years ago.

In addition, the research provides insight into the range of motions and the resulting traces that are left by similar bottom-walking animals, helping us to interpret ancient dinosaur swim traces.

The study is published in Palaeogeography, Palaeoclimatology, Palaeoecology.