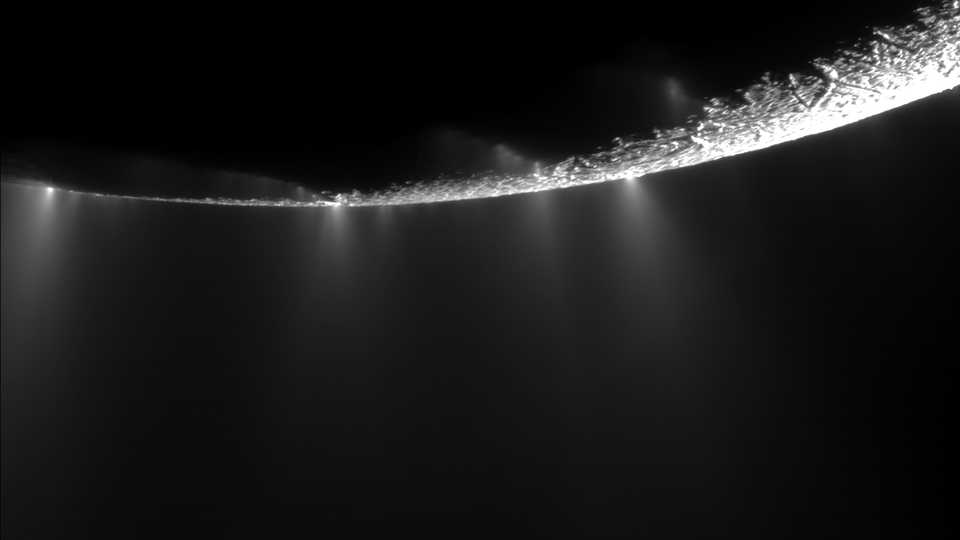 Plumes of water vapor erupting from Saturn’s icy moon Enceladus show that key ingredients for life on Earth, such as liquid water and heat, might not be as rare as we once thought. (Photographed by NASA’s Cassini probe.)

Let me start by setting some expectations: I’m about to spend an entire article not answering a question.

It’s one of those big impossible questions, a question to which the only responsible answer has to start with, “We don’t know.” I can go on about that kind of question for days. I can’t really feel bad about it, either, because knowing just isn’t the interesting part when you’re talking about science. You don’t need to do science at all if you know. The interesting part is always trying to find out.

So, no, we don’t know if there are aliens.

We won’t know if there are aliens until we’ve seen them, or until we’ve found evidence they left behind. We have no way of knowing how long that will take (which means “forever” is very much on the table). We don’t even know how likely the existence of aliens is.

This is mostly because we have the worst sample size in the Universe: one. In astronomical terms, we find life in one spot, on Earth, and we have every indication that the wide variety of life here had one common origin. So we know it’s happened once. There’s no telling when, where, or how it might happen again.

And yet, both scientists and the public at large seem to be getting more optimistic as time goes by, even though we might not be any closer to having the answer. It’s still entirely possible that we’ll never find life, but we are discovering a wealth of new places to look.

The search is grounded in the idea that life beyond Earth will follow the same rules as life that lives here, requiring similar building blocks to emerge and survive. Studying the origin of Earth life has given us a pretty good idea of what those building blocks are (liquid water, energy, and complex organic molecules), and studying the Solar System has revealed that those building blocks aren’t particularly rare. Organic molecules such as ribose, a sugar that forms our RNA, can still be found preserved in meteorite fragments long after their violent landing on Earth. We find abundant evidence that huge quantities of liquid water existed on Mars in the past, and it may still exist in the present, sheltered beneath ice caps and iron-rich dirt. And even far beyond the terrestrial planets, frozen moons Enceledus and Europa almost certainly have deep oceans hidden beneath their frozen crusts, kept warm by the gravitational pull of the giant planets they orbit in a process called tidal heating.

If that’s not enough, there’s hope beyond our solar system, too, as we look to the growing number of known exoplanets orbiting other stars. While many of these planets couldn’t be more different from Earth, recent estimates show that rocky planets like our own are far from rare.

All of these discoveries show an abundance of ingredients for life as we know it, and offer countless locations both inside and outside the Solar System where you could mix those ingredients together. The conditions for life are starting to look almost commonplace, which is more than enough reason to be optimistic. At this point you might think, with so much potential for life out there in the galaxy, it must be impossible for us to be alone.

But once you have the ingredients for life, what are the chances that they’ll combine into the real thing?

Well, that’s the part of the question that’s still impossible to answer. Remember, we’ve only seen it happen once (or rather, your great-great-great-grand-cell saw it happen, and we’re still trying to scrape the story together after the fact).

What we do know is that those chances would have to be almost infinitesimally small for life on Earth to be truly alone. It’s possible that the chances are just that small. But if they’re not, if life itself is even half as common as the conditions life emerged from on Earth, we could live in a very crowded galaxy indeed.

But just in case you thought this was starting to sound a little too easy, there’s one more thing to consider. We know life on Earth favors particular environments, and all of this is based on the assumption that life elsewhere does the same. We have no way to know that, either.

Maybe life beyond our planet follows entirely different rules, and emerges in entirely different circumstances. Could it forgo water and thrive in Titan’s methane lakes? Could it forgo the surface altogether and drift through Venus’ acidic clouds? Could it be so alien, so unlike the life we’re used to, that we wouldn’t be able to recognize it at all? Maybe! Our experience with life that shares a single, common origin on a single, lone planet is so limited that we have no way of ruling anything out.

All of this is a part of why first contact, even with some microbes in Martian dirt, would be monumental. Finding life on just one other world would be enough to put our ideas about life in the Universe to the test. It might not give us answers, but it could help us make much more educated guesses. And considering how far we’ve come in such a short period of time, we have every right to hope that discovery isn’t far away.

But wait! Here, things get thornier still. We know (a little too well at the time of writing, I think) that interactions between living things that were once isolated can turn unintentionally ugly, as various mites, microbes, and viral loads collide. So what about living things that truly are worlds apart? How do we keep spaceborne pandemics and interplanetary tardigrade infestations from being a part of our future in space?

Check back next week, because there’s never been a better time to pick apart another impossible question: once we find the aliens, what comes next? 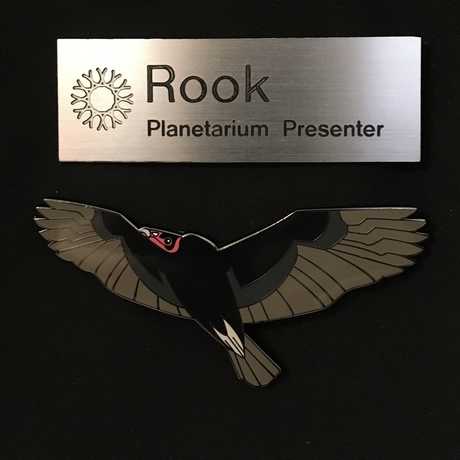 M. Rook Fitts (Rook for short) is a presenter at the Morrison Planetarium. They specialize in connecting people to science using interactive media, and they know just enough about space to feel confident having opinions. In their spare time you can find them in a local park taking blurry pictures of birds.