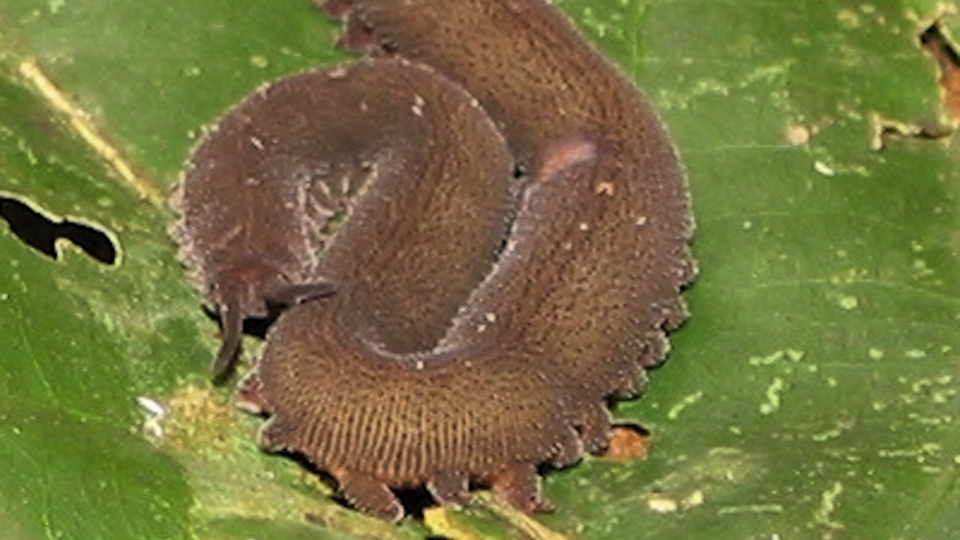 It turns out, the answer was a garden hose.

In all of their dissections, Concha and his co-authors found muscles that were just too slow. The modified limbs that made up the velvet worm’s nozzle (papilla, if we’re being scientific) had a twitch time of about 0.5 seconds, but the observed oscillations in high-speed videos showed twitches of about 20 milliseconds—25 times faster.

“How are rapid changes in direction that occur over a time scale of a few milliseconds possible without the existence of any specialized rapid muscular actuation or neural control?” ask the authors in a letter to the journal Nature this week. They answer their own question by comparing the worm’s papilla to a loose garden hose turned on full blast. It oscillates: back and forth, the slime sprays out of the worm and covers everything.

To be sure what they came up with wasn’t a pipe dream (or a hose dream?), the researchers made a synthetic papilla that worked the same as the velvet worm’s. Sure enough, they saw the fake slime oscillate just as it did coming out of the velvet worm.

So next time you’re in South or Central America looking for a velvet worm, be sure to bring a tiny, oscillating umbrella—just in case.