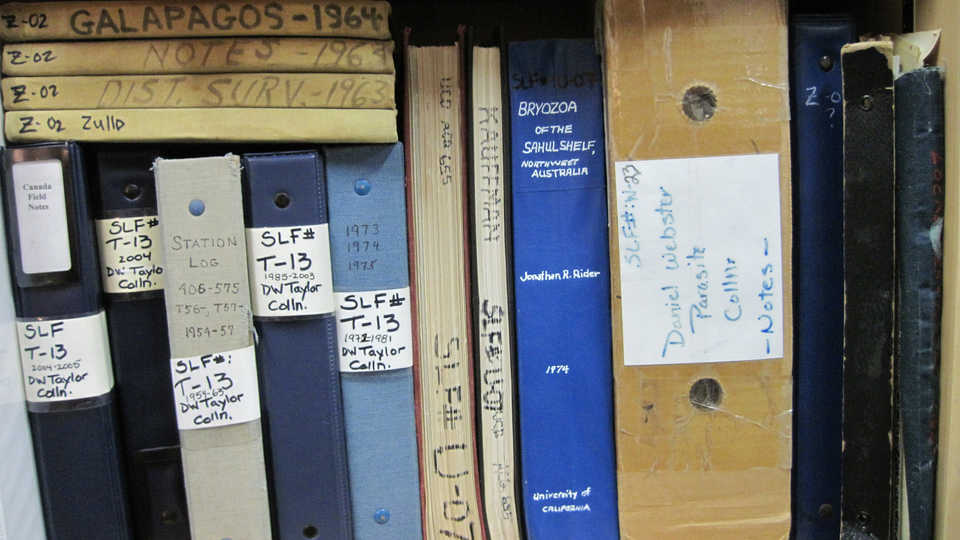 The CASIZ Research Collections were amassed over the last two centuries from many donors, including researcher scientists, taxonomic authorities, resource managers, explorers, avid shell collectors, and various other collectors with interests in marine, terrestrial, and freshwater invertebrates. Many specimen donors kept detailed written records of their collections and research. These original Field Notes provide both useful documentation and a historical context for the natural history specimens to which they pertain and are often consulted as ancillary sources of biodiversity data associated with specimen collections.

In 2018 the Academy’s Invertebrate Zoology staff and interns initiated a new project to begin digitizing original Field Notes associated with specimens held in the CASIZ Research Collections. We hope to continue this project into the future, towards the goals of preserving these valuable resources and making them digitally accessible. 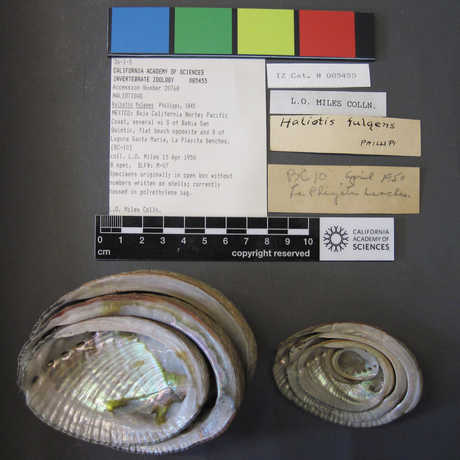 The invertebrate collections of Lieutenant Colonel Lee Orcutt Miles (1887-1960) were originally deposited at the Pacific Marine Station in Dillon Beach, California and were transferred to the California Academy of Sciences in the early 1960s. Miles, a veteran of World Wars I and II, was affiliated with the now closed Pacific Marine Station previously managed by the University of the Pacific. In the 1940s and 1950s Miles made significant biodiversity collections of mollusks and other invertebrates from along the coasts of Washington, California, Baja California, Texas, and Florida documenting mid-century occurrence records for many species in these regions. His set of field notes volumes span from 1948 to 1957 with significant overlap across volumes.

Miles' field notes volumes include two formats of identical content in some cases: original handwritten ledger books along with corresponding typed copies of these ledgers. Content generally includes records of the invertebrate specimens Miles collected, collection methods, collecting localities, environmental conditions, hand-drawn maps, expenses, journal entries, and species lists. Miles organized his field books more by station/locality than by date but often recorded multiple localities within one volume. Volumes are numbered here according to an internal filing system with volume order loosely based on station/locality; Miles series, along with a span of field numbers treated within each volume, are listed below the link to that volume. Dates indicated in the name of each volume name signify the span of dates treated within that volume. For a more detailed explanation of how this non-sequential field notes set is organized, please refer to this spreadsheet. Copies of transcribed pages annotated with CASIZ catalog numbers are incompletely annotated and are available offline. Documents here are posted under the Attribution-NonCommercial-NoDerivatives Creative Commons License. For any other use, please contact us for permission & information.