“We should probably look into this” 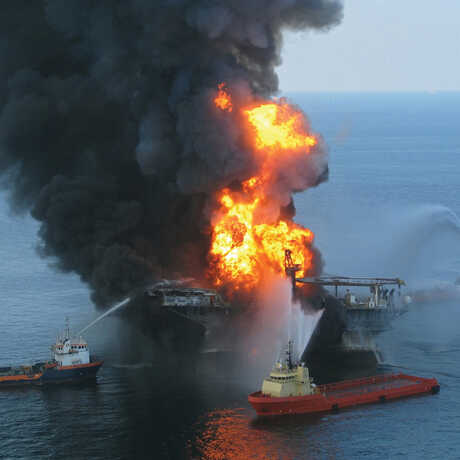 In late April 2010, evolutionary ecologist Peter Roopnarine turned on his television and saw a massive explosion—one that caused the Deepwater Horizon oil rig to sink below the Gulf of Mexico in a creaking, groaning blaze. Roopnarine didn’t yet know that it was the largest accidental marine oil spill in history that would release nearly five million barrels of oil into the surrounding waters, but he knew the disaster was worth investigating.

“Though it’s hard to look beyond oil-drenched pelicans and fouled beaches, I was thinking about the stories oysters might tell,” says Roopnarine, who began emailing colleagues about a new research project within days of the blast. “We wanted to use oyster shell geochemistry and tissue histology to reconstruct the past and study the spill’s present impacts. I sent out some notes saying, ‘We should probably look into this,’ and our colleagues started collecting in the Gulf right away.”

Sentinels of the Estuary 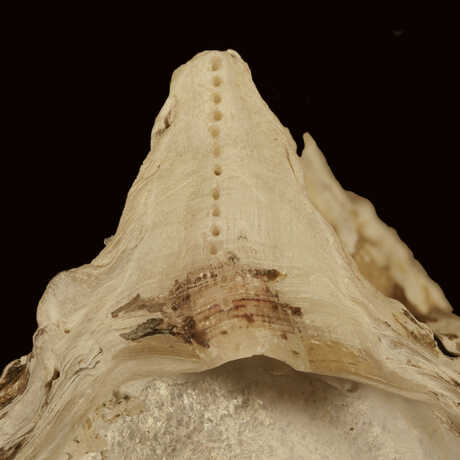 The Gulf of Mexico is home to one of the world’s largest natural networks of oysters—the much-loved bivalves that help clean seawater and drive a large slice of our booming domestic seafood industry. These primary consumers build their shells from available water and carbon dioxide, and their shells—layered like the rings of a growing tree—as well as their tissues reflect the health of the surrounding environment.

“Compared to Chesapeake Bay specimens, oysters exposed to the Gulf spill are significantly altered,” says Roopnarine. “Their gills have lost most of the cilia that help with filtering and respiration—it’s hard to understand how these animals survive in the region. It’s not yet clear if or when reversal might occur.”

While collecting C. virginica, Roopnarine’s team noticed a concerning governmental response to the regional spill. Louisiana officials were flushing the delta with freshwater in a misguided attempt to keep oil offshore.

“There were massive oyster die-offs in the exact areas being heavily impacted by the oil spill,” says Roopnarine. “While keeping beaches and wetlands relatively clean might sound like a good thing, we were able to tell stakeholders that freshwater dumps actually devastate regional marine life. It’s critical for scientists to look beyond the lab and speak up when they spot environmentally damaging actions.”

0
View All Beyond Discovery