From clawed spiders to deep-sea sharks, spanning four continents and two oceans, these discoveries add to the family tree of life on Earth 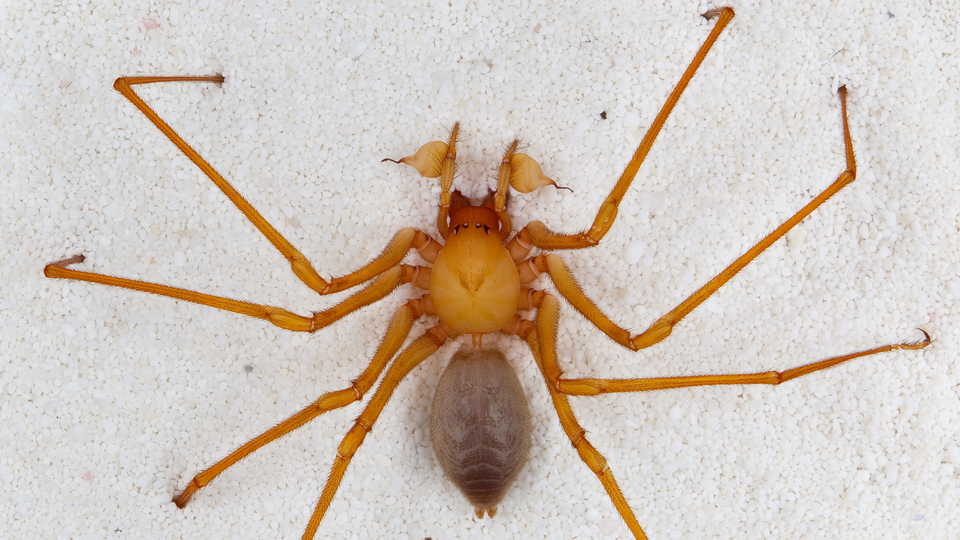 SAN FRANCISCO (December 6, 2012) — In 2012, researchers at the California Academy of Sciences added 189 new relatives to our family tree, enriching our understanding of the complex web of life on Earth and strengthening our ability to make informed conservation decisions. The new species include 135 arthropods, 41 fishes, seven plants, four sea slugs, one reptile, and one amphibian. They were described by more than a dozen Academy scientists along with several dozen international collaborators.

Proving that there are still plenty of places to explore and things to discover on Earth, the scientists made their finds over four continents and two oceans, ventured into remote caves and descended to the bottom of the sea, looked in their owns backyards (California) and on the other side of the world (China). Their results, published in 32 different scientific papers, help advance the Academy's research into two of the most important scientific questions of our time: "How did life evolve?" and "How will it persist?"

"The ongoing discovery of new species is an important function of systematics-based institutions like the California Academy of Sciences," said Dr. Terry Gosliner, Dean of Science and Research Collections at the Academy. "During these times, when we are facing the planet's sixth mass extinction, species may be disappearing before we have a chance to find and describe them. How can we know what to protect, if we don't know that it exists in the first place?"

A New Family of Spiders—with Claws
The forests of the Pacific Northwest are renowned for their unique and ancient animals and plants, such as coast redwoods, tailed frogs, mountain beavers—and now, a large, newly discovered spider. Trogloraptor (or "cave robber") is named for its cave home and spectacular, elongate claws. It is a spider so evolutionarily special that it represents not only a new genus and species, but also a new family (Trogloraptoridae). Even for the species-rich insects and arachnids, to discover a new, previously unknown family is rare—it's been more than 100 years since the description of an entirely new spider family from North America.

Trogloraptor hangs beneath rudimentary webs beneath cave ceilings. It is about four centimeters wide when its legs are extended—larger than the size of a half-dollar coin. Its extraordinary, raptorial claws suggest that it is a fierce, specialized predator, but its prey and attack behavior remain unknown.

A team of citizen scientists and arachnologists found these spiders living in caves in southwest Oregon.

Trogloraptor was not the only new cave spider described in 2012: in another study involving spelunking, Academy scientists and their colleagues described ten new spider species (Tayshaneta spp.) living in central Texas caves.

Out of Africa
The islands of Sao Tome and Principe, located in the Gulf of Guinea off Africa's west coast, host a number of plants, fungi, mammals, birds, reptiles, and amphibians found nowhere else on Earth. Since 2001, the Academy has embarked on several multidisciplinary expeditions to the islands in an effort to document their biodiversity and raise conservation awareness. A new species of gecko found only on Principe, Hemidactylus principensis, was described this year by Academy scientist Bob Drewes and his colleagues. For a long time, it was considered the same species as Hemidactylus greeffi from Sao Tome, but morphological and molecular work has resolved them as two distinct species, endemic to their respective islands. "This gecko is just one more example of the amazing degree of endemism on Sao Tome and Principe," said Drewes. "Habitat destruction is a growing threat to the species on these islands, and we want to make sure the nation's residents know what they have to lose before they make decisions that will impact their rich biological resources."

On the other side of Africa, a frog collected in 1930 and deposited in a museum collection finally received recognition as a new species. Arthroleptis kutogundua was described by Academy scientist David Blackburn from a single specimen collected from the Ngozi volcanic crater in southwest Tanzania. It is unknown whether the species still exists in this remote region.

The Jaguar Shark Lives...
The California Academy of Sciences sent its first scientific expedition to the Galapagos Islands in 1905 and has since organized dozens of return trips. As a result, the Academy is now home to the world's most comprehensive collection of scientific specimens from these famous islands. In 2012, Academy scientists and colleagues described a new species of Galapagos catshark (Bythaelurus giddingsi) collected from depths of 1,400 - 1,900 feet via submersible. It is approximately a foot long and has a chocolate-brown coloration with pale, irregularly distributed spots on its body. The authors chose "jaguar catshark" as the common name for the new species, partly because of its spotted pattern, and partly because it bears a striking resemblance to the mythical "Jaguar Shark" seen cruising the dark depths in The Life Aquatic, the Wes Anderson film for which the authors have a particular fondness.

A Bounty of Reef Fishes
June marked the debut of Reef Fishes of the East Indies, a magnum opus that was several decades in the making. Co-authored by Academy research associate Mark Erdmann, this three-volume book set provides descriptions and color photographs of more than 2,500 reef fishes, including 25 new species. Its geographic coverage spans the South China Sea, Andaman Sea, and the Coral Triangle—the region between the Philippines, Borneo, and New Guinea that is regarded as a global center of biodiversity. With these books, the authors hope to inspire appreciation for the area's marine fauna and help guide governmental efforts for conservation.

***Note: This press release was revised after its initial publication to update the total new species count to 189.***

The Academy is an international center for scientific exploration and education and is at the forefront of efforts to understand two of the most important topics of our time: life and its sustainability. The Academy has a staff of over 50 professional educators and Ph.D.-level scientists, supported by more than 100 Research and Field Associates and over 300 Fellows. Its research strengths fall into three broad areas: California biodiversity, global hotspots, and ocean ecosystems. Visit www.calacademy.org/scientists.