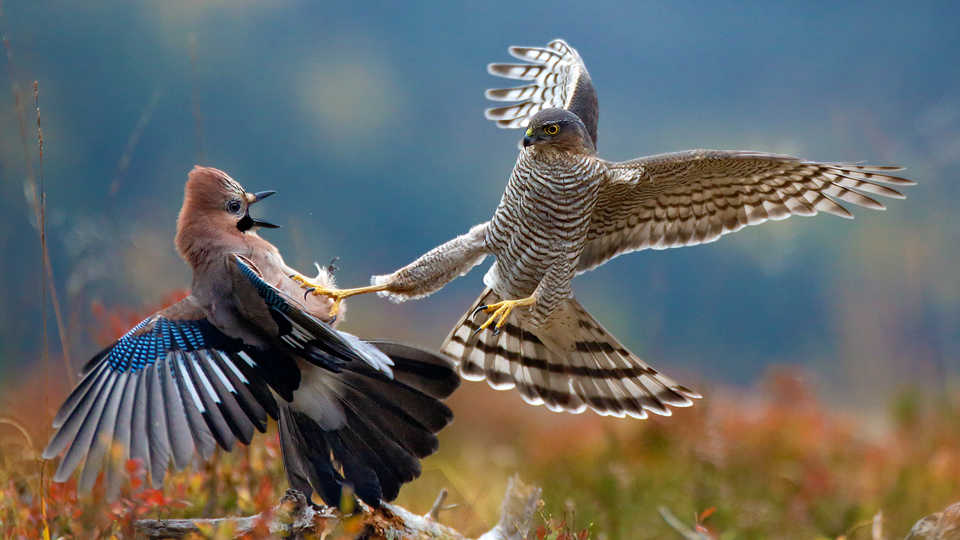 SAN FRANCISCO (January 23, 2015) – The California Academy of Sciences in San Francisco is now accepting submissions for the second annual BigPicture: Natural World Photography Competition following the success of its launch in 2014. Spotlighting the work of high-level nature and conservation photographers, the competition focuses a visual lens on the wonders of the natural world and critical conservation issues facing our planet. Judged by an esteemed panel of world-renowned photographers and photo editors, winners will receive a cash prize and have their photographs featured in an exhibit on the Academy’s public floor, which welcomes over one million visitors each year.

In its inaugural year, the BigPicture competition received a four-star rating (the highest possible honor) from The Photographer’s Guide to Photo Contests by Photo Shelter, one of the world’s leading photography resource websites. During the first year, the international competition received over 6,300 image entries from photographers representing over 60 different countries. From the dueling moment of attack between a sparrowhawk and a Eurasian jay, to the majestic peaks of a swelling wave captured as solid as a snow-capped mountain, each winning image magnificently captured its own unique interpretation of the natural world through a photographic lens and represented the competition’s goal to celebrate and illustrate the rich diversity of life on Earth through visual art.

This year, the competition again seeks professional-level, high-caliber nature, wildlife and conservation images and is open to all photographers—including youth under 17—with the ability to tell vivid, eye-catching stories of the natural world through the photographic medium.

The Grand Prize and First Place Category winners and their work will be honored at an awards ceremony during an Academy NightLife event (21+) on July 30, 2015. Awards include over $10,000 in cash prizes with winning images to be featured in a BigPicture photography exhibit at the Academy from July 31-November 1, 2015.

Paid image submissions are currently being accepted online at http://bigpicturecompetition.org through March 31, 2015. Submission fees range from $15-25 for adults and $5-15 for youth depending on number of images submitted and discounted rates are available now through February 14. This year’s competition categories include:

Birds or flying insects photographed anywhere in the world—in flight, perched, or in action.

A unique perspective on wild places—from expansive landscape vistas of forests, deserts, and mountains, to the microhabitats of plants and other flora. May include photographs of aquatic environments, including oceans, lakes, and rivers taken above or underwater, including waves, tide pools, and other water scenes.

Marine animals including mammals, fish, reptiles, amphibians, and invertebrates that spend the majority of their life in water.

Abstract expressions of the natural world. May include unusual close-ups, angles, patterns, motion, or perspectives of nature. Artistic effects should not be the result of digital manipulations.

Images that tell a visual story about conservation issues facing the natural world. Images should illustrate the impacts of humans on the environment and stories can depict either positive or negative impact.

Youth submissions are encouraged and will be accepted in any of the above categories.