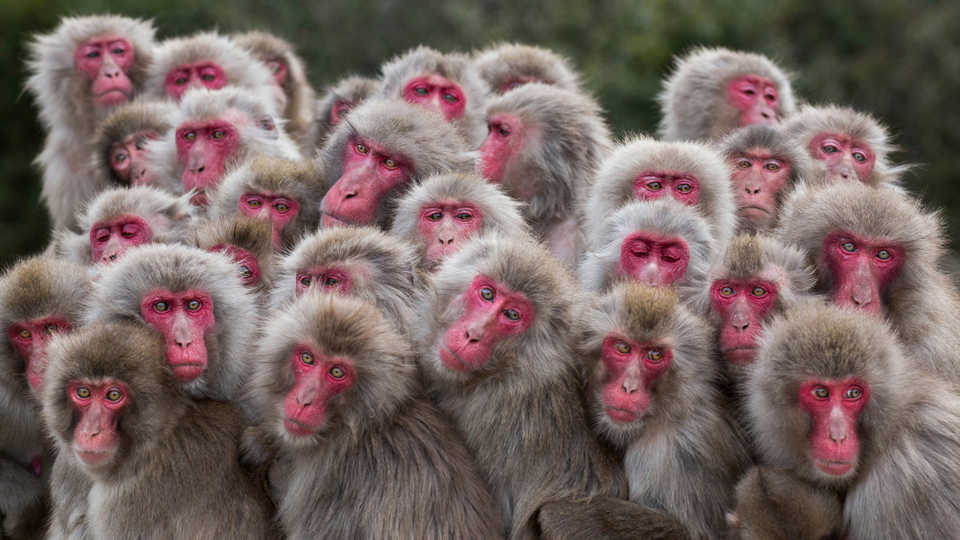 San Francisco (November 17, 2017)—Submissions for the California Academy of Sciences’ 2018 BigPicture: Natural World Photography Competition will be open from December 1, 2017-March 1, 2018. Highlighting the work of the world’s best nature and conservation photographers, the competition focuses a visual lens on the wonders of the natural world and critical environmental sustainability issues facing our planet. Winners of this year’s BigPicture competition will receive a cash prize and have their photographs featured in a museum exhibit on the Academy’s public floor, which welcomes over one million visitors each year. View winning images from BigPicture 2017 here.

Competition entries will be judged by an esteemed panel of world-renowned photographers and photo editors, including Jury Chair Suzi Eszterhas. This year, the competition is pleased to welcome former NASA astronaut Scott Kelly to the judging panel. Kelly, the former commander of the International Space Station (ISS), holds the record for the single longest space mission by an American astronaut. During his 340 days in space, Kelly’s spectacular artistic photographs of planet Earth earned him a global following.

Attracting submissions from world-class photographers from around the world, the competition again seeks professional-level nature, wildlife, and conservation images and is open to all photographers with the ability to tell vivid, eye-catching stories from the natural world through the photographic medium. In addition to several individual categories, listed in full below, the competition also includes a new “Time Capsule” photo series category focusing on photos that chronicle a visual change in the natural world. bioGraphic, the Academy’s online magazine about science and sustainability, is the competition’s official media sponsor.

Since launching in 2014, BigPicture has established a fast-growing reputation within the photography community, receiving a four-star rating (the highest possible honor) from The Photographer’s Guide to Photo Contests by Photo Shelter, one of the world’s top online photography resources. The competition was also named one of the “Best Photography Contests and Prizes in 2016” by Format, a leading online portfolio service for photographers. Earlier this year, BigPicture was included in My Modern Met’s list of “30+ Best Photography Competitions to Elevate Your Craft.”

The Grand Prize and First Place Category winners and their work will be honored at an awards ceremony during an Academy NightLife event (21+) on July 26, 2018. Awards include $12,000 in cash prizes with winning images featured in a BigPicture photography exhibit at the Academy opening July 27, 2018.

Paid image submissions will be accepted online at http://bigpicturecompetition.org from December 1, 2017-March 1, 2018. Entry fees are $15 for the photo series category (3-5 images) and $25 for up to ten individual image submissions. This year’s competition categories include:

Animals photographed anywhere in the world. Images may include land-based mammals, reptiles, amphibians, and non-flying insects whether they live in trees or on land.

Birds or flying insects photographed anywhere in the world—in flight, perched, or in action. This category also includes flightless birds such as penguins, nēnēs, and ostriches.

Captivating images of wild places with a unique perspective, from expansive landscape vistas of forests, deserts, and mountains to the microhabitats of plants and other flora. Images may include water environments of oceans, lakes, and rivers with images taken above or under water including waves, tide pools, and other water scenes.

Animals including mammals, fish, reptiles, amphibians, and invertebrates (like corals and jellyfish) that spend the majority of their time in water.

Abstract expressions of nature and/or science. Life photographed out in nature or under the microscope. Images may include unusual close-ups, angles, patterns, motion, or perspectives, black and white photography, and images created using scientific imaging tools. Artistic effects should not be the result of digital manipulations.

Images that depict the efforts of scientists, conservationists, and others working to sustain life on our planet, or the complex relationship between humans and nature. Images should illustrate the impacts of humans on the environment and can be either positive or negative stories.

A 3-5 image submission with captions. With the world changing so rapidly, what natural moments would you put into your time capsule? This year’s photo series chronicles epic moments, growth, or change over time in the natural world. Photos can showcase the process of saving an endangered animal, the movements of ice, snow and water, or the drama of seasons, migrations, and phenomena in the sky.