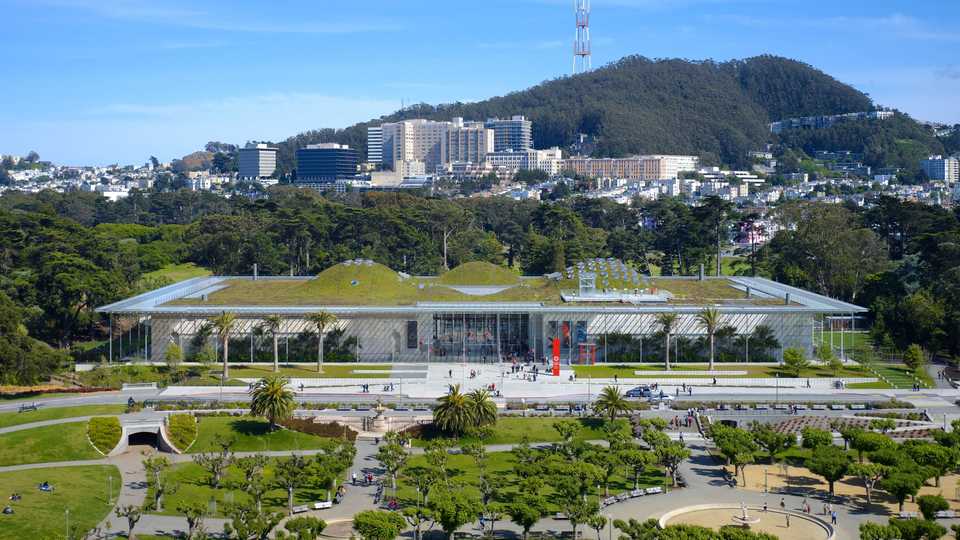 The Academy welcomes Derek Mitchell to its Board of Trustees

SAN FRANCISCO (July 22, 2020) – The Chair of the Board of Trustees of the California Academy of Sciences, Elizabeth “Liebe” Patterson, is pleased to announce that a new member has been elected to the Academy's Board of Trustees. Derek Mitchell, PhD, joins the Board as the Academy navigates a time of great institutional change and transformation, including recent staff impacts due to the museum’s temporary closure in response to COVID-19 and the creation of an internal team to develop an action plan around anti-racism, diversity, equity, inclusion, and access. The only place in the world to house an aquarium, planetarium, and natural history museum under one living roof, the Academy is also home to world-class scientific research, sustainability, and environmental education programs that support the institution’s mission to explore, explain, and sustain life.

The Academy is pleased to welcome Derek Mitchell who brings a wealth of knowledge and experience to the Board. Mitchell has been the Chief Executive Officer of the education reform nonprofit Partners in School Innovation since 2009, where he works to support educational equity in underperforming public schools and districts. Prior, from 2007 to 2009, he served as Executive Director of the Opportunity Zone in Prince George’s County, Maryland. From 2003 to 2007, Mitchell was the Manager of the District Alliance Program of the Stupski Foundation. From 2002 to 2003, he was the Acting Chief Information Officer for the Oakland Unified School District, of which he was also Director of Research, Equity, and Technology from 2001 to 2002. Derek received a BA in English and writing from Pomona College in 1989 and a PhD in educational psychology from UCLA in 2001. Prior to receiving his PhD, from 1994 to 2001, Derek was a graduate student researcher and project director for the National Center for Research on Evaluation, Standards, and Student Testing. From 1989 to 1992, immediately after receiving his BA, Mitchell taught upper school humanities and coached wrestling at Maumee Valley Country Day in Toledo, Ohio.

The California Academy of Sciences is a renowned scientific and educational institution dedicated to exploring, explaining, and sustaining life. Based in San Francisco’s Golden Gate Park, it is home to a world-class aquarium, planetarium, and natural history museum, as well as innovative programs in scientific research and education—all under one living roof. Please note that in response to the latest guidelines and information from local and state public health authorities, the Academy will be temporarily closed to the public. For reopening information and daily ticket prices, please visit www.calacademy.org or call (415) 379-8000 for more information.